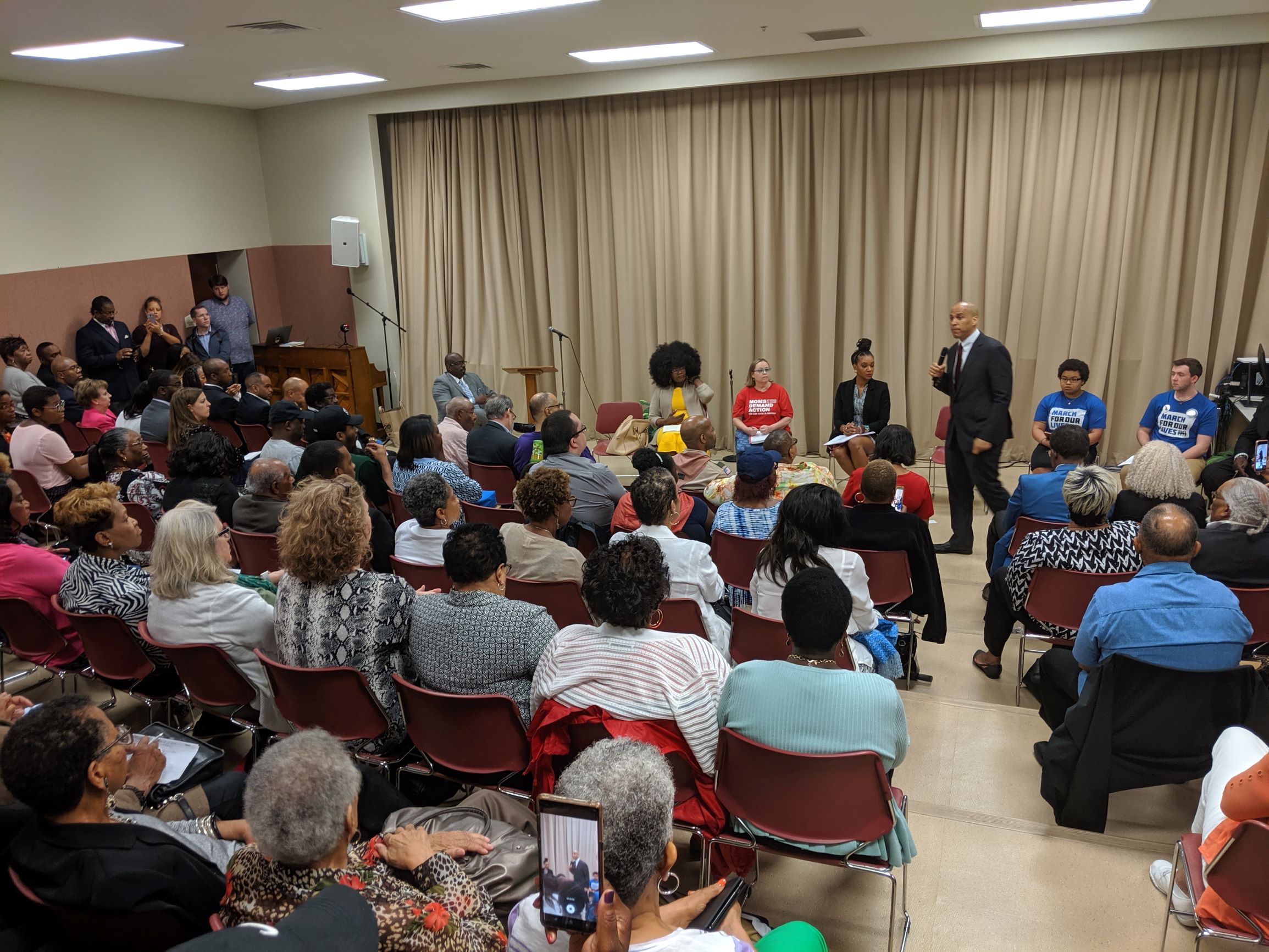 Senator Cory Booker speaks to a Charlotte audience about gun laws and his gun-control plan during a roundtable discussion on May 10, 2019. Photo: Qcitymetro

Gun control is a hot-button topic in Charlotte conversations as the city deals with rising homicide rates. Democratic presidential candidate Cory Booker elaborated on his “common sense” gun-control plan in front of nearly 200 people during a roundtable discussion at Friendship Missionary Baptist Church on Friday.

The New Jersey senator elaborated on his 14-part plan that, among other things, proposes a gun licensing program where those looking to buy a gun would apply for a license similar to the process of applying for a passport. Booker’s plan also emphasizes banning assault weapons and closing loopholes that allow people on no-fly lists to obtain firearms in the United States.

Booker, who spent part of his childhood growing up in his father’s hometown of Hendersonville, said he plans to fight hard to win the state.

“This is a state that I plan on fighting really hard for, and when I say that I’m not talking about to win politically, I’m talking about to serve it because I owe a debt I can never pay back to North Carolina,” he said.

He spoke about recent shootings that have occurred around the nation, including the April 30 shooting at UNC Charlotte where two students died and four others were wounded. Emily Houpt, one of the injured students, was in attendance.

Kristine Slade, UNCC’s former senior class president, said that she never thought she’d find herself tweeting “prayers for UNC Charlotte” as she had previously done for other communities victimized by mass shootings.

“Hearing Senator Booker speak about his policy, and what he wants to implement if elected president, I thought was really unique because we haven’t really seen that from other candidates yet,” said Slade, who was one of the roundtable’s speakers. “I appreciated that he came and was actually authentic with what he was saying.”

Booker’s authenticity seemed receptive by audience members. One woman caught his attention as she repeatedly yelled “Say it again!” after several of the senator’s remarks.

While Project B.O.L.T founder Gemini Boyd thought the event was needed to keep the conversation going, he believes solutions can come from within Charlotte as opposed to outside of the city.