Some community leaders worry that an anticipated rush of investment dollars under a new federal program will push historically black neighborhoods further into gentrification. 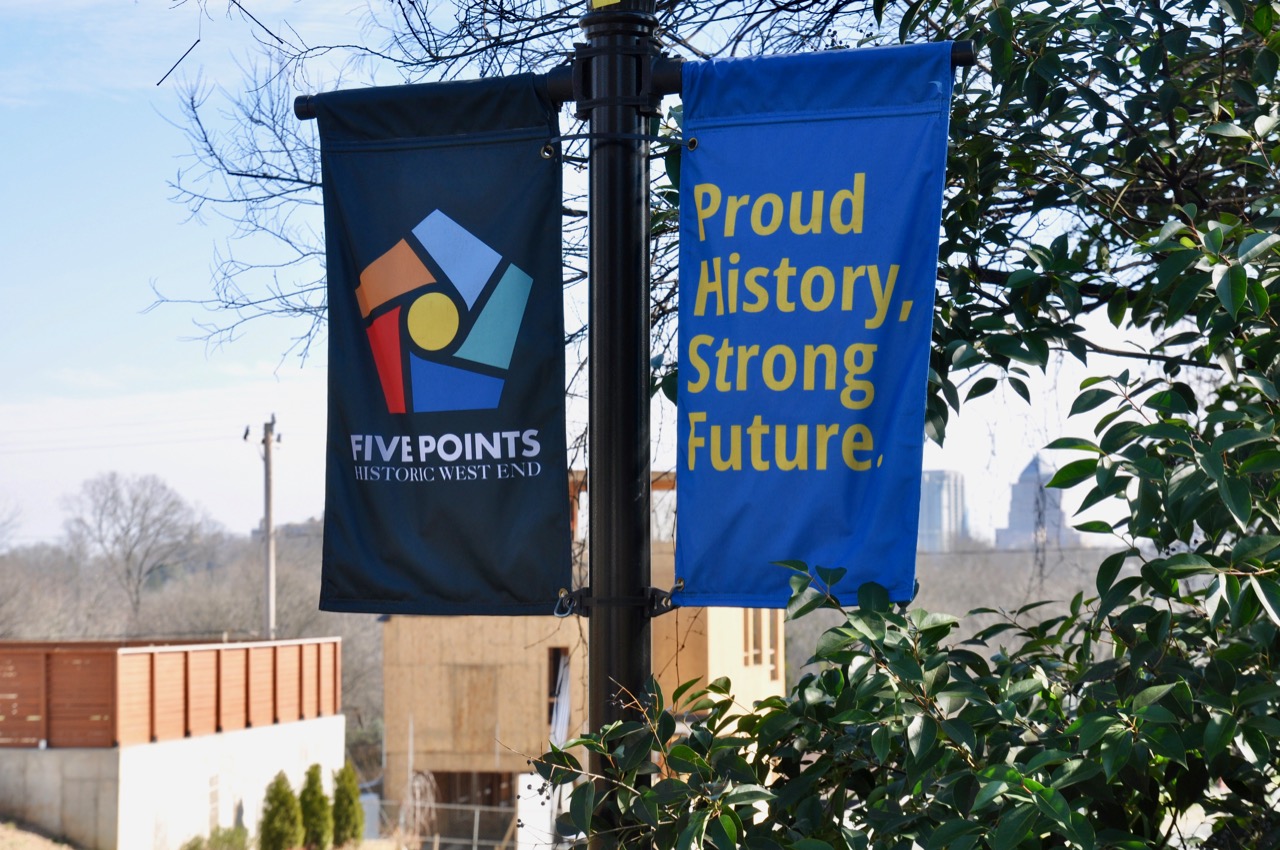 An upscale home rises in Charlotte's Five Points neighborhood, where gentrification is bringing about rapid change and displacement. (Photo: Qcitymetro)

The pace of change may soon quicken in some of Charlotte’s historically black neighborhoods, including Historic West End, home to Johnson C. Smith University (JCSU).

Nearly 18 months after a Republican-led Congress approved generous tax incentives to spark business investments within high-poverty communities — aka “opportunity zones” — investors are raising massive amounts of cash to do just that.

Why this story matters: Money flowing into opportunity zones will affect some of Charlotte’s most vulnerable communities. If done unwisely, the rush of new money could further destabilize black neighborhoods already experiencing displacement, rising home prices and gentrification.

Grubb Properties, a Charlotte-based real estate company, is building a fund with a goal to raise $200 million to invest in opportunity zones throughout the Southeast. Ten percent of that amount — $20 million – would be directed toward investment projects in west Charlotte, Clay Grubb, the company’s CEO, told residents attending an information session at JCSU on Saturday. (JCSU sits in one of 17 census tracts designated as opportunity zones in Charlotte.)

“Anybody who thinks they can raise money is going to raise money and try to invest,” Grubb later told Qcitymetro. “I can’t even imagine how many calls homeowners have gotten in the last six months who live in this neighborhood, but I imagine it’s a lot.”

While some who attended the Saturday session spoke with cautious optimism, others expressed concern, especially about the potential for further gentrification.

Marshall recalled how black residents in major U.S. cities were led to believe that the so-called “urban renewal” redevelopment campaigns of the 1970s would be to their benefit, only to see their homes and black-owned businesses razed and replaced by projects more favored by local governments.

“I think when anything comes out that’s new, we need to look at it from every angle,” Marshall told Qcitymetro. “Something that sounds good doesn’t always mean good.”

Charles Thomas, program director in Charlotte for the John S. and James L. Knight Foundation, said the Saturday meeting was designed to address such community concerns. The Knight Foundation has invested millions of dollars into helping shape the pace and direction of change in Historic West End.

Thomas said the Knight Foundation wanted city officials and developers who attended the session to hear directly from West End residents about the types of investment projects most desired by those who live there.

“It can bring some major investment dollars to the neighborhood that potentially could be used to foster housing – mixed-income housing – maybe support jobs and workforce development, bring in retail and businesses,” he said, “but it really requires the community to be organized and engaged in the process.”

Good intentions, but no mandate

Created by the Tax Cuts and Jobs Act of 2017, opportunity zones are economically distressed communities where new, long-term investments in real estate or businesses may qualify for generous tax incentives. Lawmakers said in creating the program that they hoped to spur growth in those zones — mostly rural areas and communities of color.

Despite the act’s intended effect, lawmakers who wrote the legislation did not require opportunity zone investors to address local needs, such as jobs and affordable housing, as a condition for getting tax breaks – a striking omission for some community leaders.

Mayor Vi Lyles, who attended the daylong session at JCSU, said community engagement will be vital to ensure that opportunity zones work for the benefit of current and long-term residents.

“There is going to be a constant need for assessment and negotiation,” she told Qcitymetro. “The people who come in with money and the people who live here are going to have to meet someplace and figure out how to make sure it really does result in opportunity.”

Westside residents who attended the Saturday meeting said they want investors who will honor the culture and history of Charlotte’s historically black communities. More specifically, they spoke of investments that would create jobs, build entertainment venues and promote affordable housing. Others said they favored self-help investments that would lead to economic mobility for black residents – projects such as incubators to nurture entrepreneurship and grow black-owned businesses.

Grubb, of Grubb Properties, said his company’s investment fund will cap its return on investment at 10 percent. Any amount that exceeds that cap, he said, would be returned to local communities.

Grubb said the company has not decided how it will invest the money designated for west Charlotte.

“Housing is what we understand, but we’re open to other things,” he said. “Our goal is to be an impact investor on the west side.”

Grubb said the 2017 tax act has created a stampede among investors, and not all of them, he added, are looking to do good.

“Every ‘greedy’ developer in America is trying to figure out how to take advantage of it,” Grubb said, using air quotes to emphasize the trope about avaricious developers, “and a lot of financiers who aren’t in the development business are deciding that they’re getting into the real estate business because of it. The streetcar has left the station, and you don’t want to get run over by it.”

Glenn H. Burkins is founder and publisher of Qcitymetro. Email him at gburkins@qcitymetro.com.