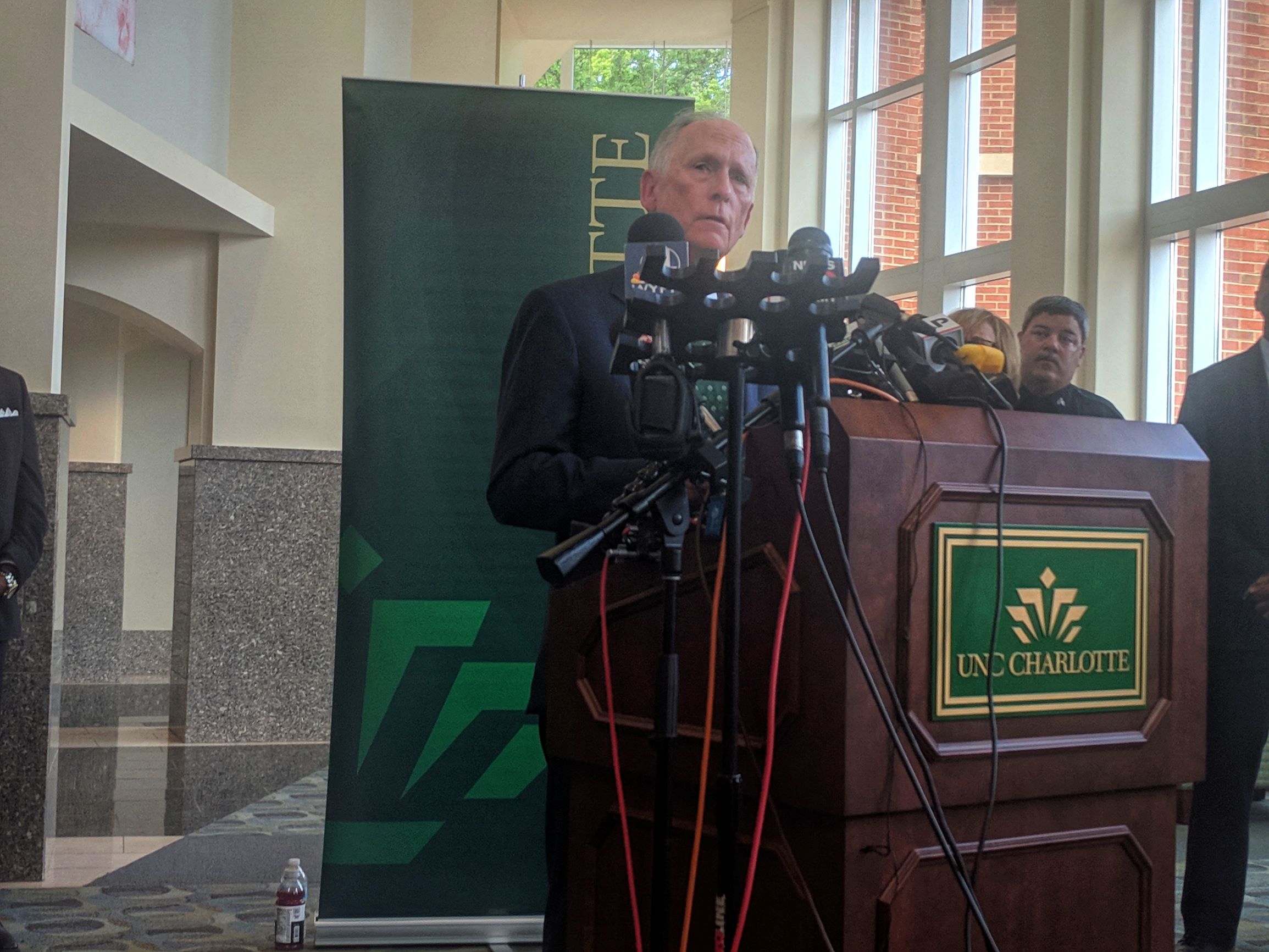 UNC Charlotte Chancellor Philip Dubois speaks to reporters during a joint press conference on May 1, 2019, along with officials from Charlotte-Mecklenburg Police Department and the City of Charlotte. Photo credit: Qcitymetro

The chancellor also shared the names of the students who were wounded.

BREAKING: Those shot and injured at #UNCC according to Chancellor Phillip Dubois on WBT are (spellings are unconfirmed):

“The only silver lining this morning is that the four other students who were injured look like they’re going to be fine. Three of them had surgery and are still in the hospital. One was released,” he said.

The chancellor said that school officials will “do a review of everything that’s happened to make sure that we did exactly what we’ve trained ourselves to do.”

During a joint news conference Wednesday afternoon, CMPD Chief Kerr Putney spoke about Riley Howell as a hero who gave his life to save others. Putney described Howell as an “athletically built young man” and said that Howell took the assailant off his feet so officers could apprehend him.

At 5:50 p.m. on Tuesday, the school’s Office of Emergency Management sent out an alert that said shots were reported near the Kennedy Hall building. It encouraged students to “Run, Hide, Fight. Secure yourself immediately. Monitor email and emergency.uncc.edu.” The campus was on lockdown as school police and Charlotte-Mecklenburg Police Department conducted a sweep. The lockdown wasn’t lifted until nearly 11 p.m.

In the hours since the tragedy, Dubois said the focus has been “to make sure people had places to gather and comfort each other.”

A student-organized candlelight vigil has been planned for Wednesday, at 6 p.m. at the university’s Star Quad. The school will resume operations on May 2. Officials have canceled exams through Sunday, but commencement will go on as scheduled.