The 2008 recession halted his landscaping business, but Cathay Dawkins turned his circumstances into a “safety net and trampoline” for Charlotte business owners. 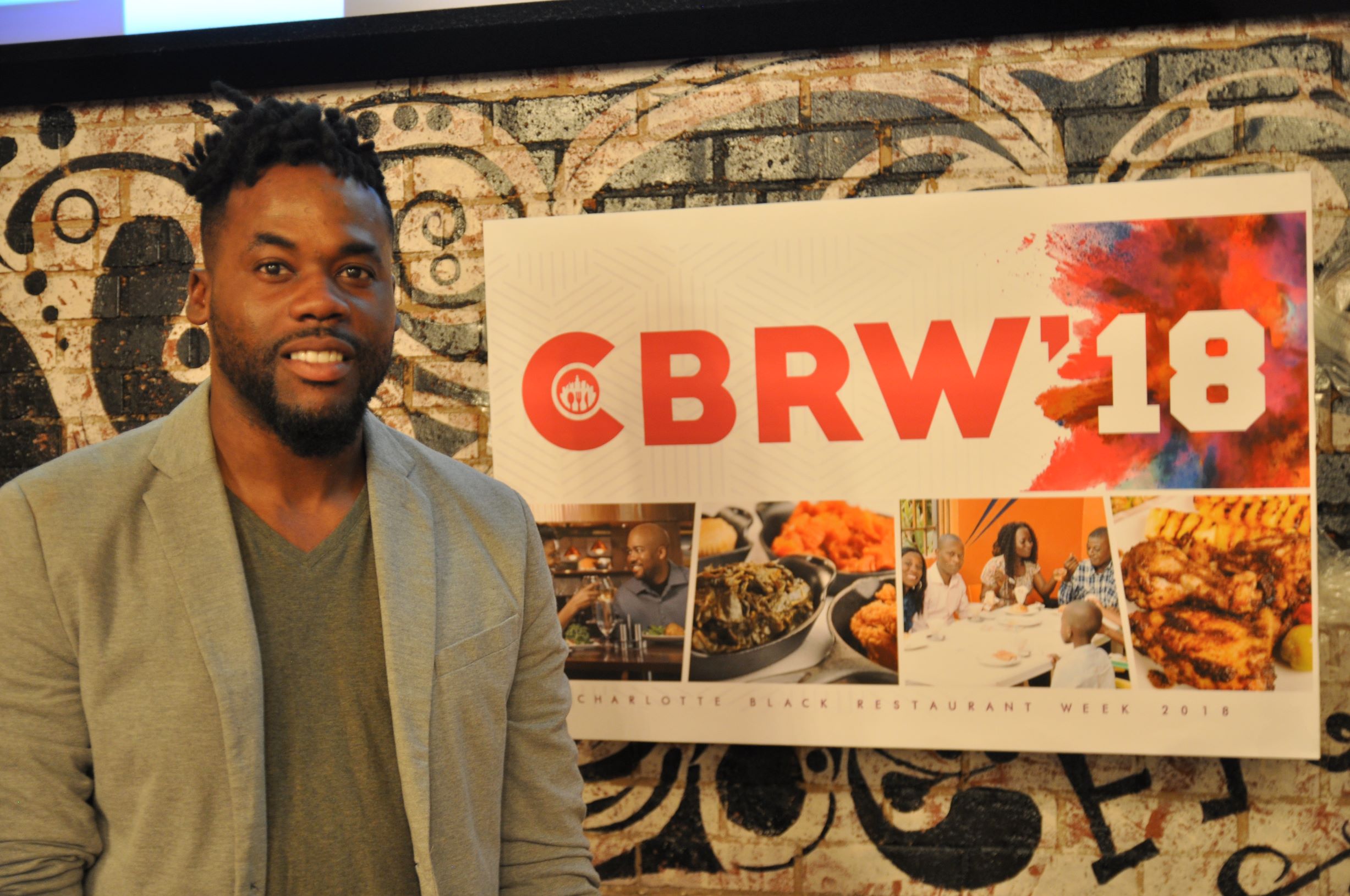 Cathay Dawkins is a name you’ll often hear in Charlotte circles when it comes to Black business. Dawkins is the founder of Black Business Owners of Charlotte, a community of local entrepreneurs and supporters using social capital to drive economic empowerment. You’ve probably heard of the group’s most notable events, Black Food Truck Friday and Charlotte Black Restaurant Week, but its leader was making a name for himself as an entrepreneur long before BBOC came to fruition.

At his core, Dawkins says landscaping is his first love. It was a skill he mastered as a teenager growing up near Spartanburg, thanks to guidance from his dad. After college, he gathered his clients and officially started his own landscaping business, Dawkins Landscaping & Building Services. Dawkins said he was “feeling rich” and proud that he quickly made $32,000 from his small business. A bank statement — a physical representation of that pride — hung on the wall in his room.

Then, things took a devastating turn when the 2008 recession hit. Money dried up from his commercial clients, and Dawkins watched his bank account fall into the red.

Trying to turn lemons into lemonade, he moved to Charlotte and began teaching in Charlotte-Mecklenburg Schools.

“The recession really knocked me back, and teaching kind of saved me,” he said.

Dawkins continued teaching for eight years and credits the opportunity with expanding his network. Within that time, Dawkins started a group that would eventually morph into Black Business Owners of Charlotte in 2014.

How fitting on this day that Dawkins and I would meet for our interview at Queen’s Coffee Bar, a member of the BBOC community.

Most people know you as the person behind Black Food Truck Fridays and Black Business Owners of Charlotte. Did you always know you wanted to be an entrepreneur?

Since I was a child. My dad, he was a carpenter, he built houses. He was a welder, an electrician, he was this renaissance man. He taught me so much very young. He didn’t use the word trade, but basically, he introduced me to trades. He also talked about the value of going to college.

By the time I was a teen, I was landscaping. I was already connecting to entrepreneurs. The entrepreneurs are the ones who first hired me before residential, you know, people at their houses. At 15, I had my own greenhouse. That was early on.

Then, I went to college at Clemson for landscape architecture. That introduced me to more of the professional side of landscaping and design. I really learned how to design using freehand, sketching and all those things.

A couple of years after you finished college, then the recession happened. Your growing landscaping business took a hit, and you became a teacher in CMS. Then what?

During that time is when I started BBOC. I saw that when the recession happened, I had no safety net. My mom’s theory is always come home [laughs]. That was a good thing to have. I always knew I could go home, but going home felt like a failure to me at the time.

Where did the idea for Black Food Truck Friday come from?

I went to many Food Truck Fridays and other events that cater to the general public, and I saw that there was a need.

It started with Charlotte Black Restaurant Week, and it was life-changing for me. Black Food Truck Fridays branched from Charlotte Black Restaurant Week. It was a weeklong celebration of restaurants and on that Friday, we had Black Food Truck Friday. Over 5,000 people came. The first one was at [now-closed] Three Spirits Brewery, who was Black-owned as well. That was a big night for them.

It is more than just a food truck event. It’s impacting the community, it’s giving Black people something to say is ours, and it’s also investing in Black entrepreneurs.

How do you feel knowing that BBOC is a resource connecting people who live in Charlotte, but also those who may be visiting?

I don’t think until last year, it really dawned on me about the impact.

BBOC evolved from a Facebook group. So many people actually use it — we reach 8,000 people a week. It created a trusted network. When I run into people, that’s one of the first things they say, beyond Black Food Truck Fridays, “Oh my God, when I need something, I go into the group.”

What advice do you have for entrepreneurs who either want to start a business or have started a business but they’re feeling stuck?

I would say to do your research and don’t give up. Your timeline may not look like somebody else’s timeline.

Be consistent. Keep doing what you’re doing. Don’t allow the money part of it to stop you. For most of the time that BBOC has been founded, until last year, I saw no money. I was paying money out of my pocket. If you got a plan, and God is showing you that this is what you’re supposed to do, it’s going to happen. One way to relieve that is to partner. Partnerships are key.

The success of BBOC has been based on partnerships and trust and having the belief that we have to come together in order for us to be more powerful.