Failed suicide attempts and diagnosed with bipolar disorder, Rwenshaun Miller says “Let’s Talk About It” to end the stigma around mental health 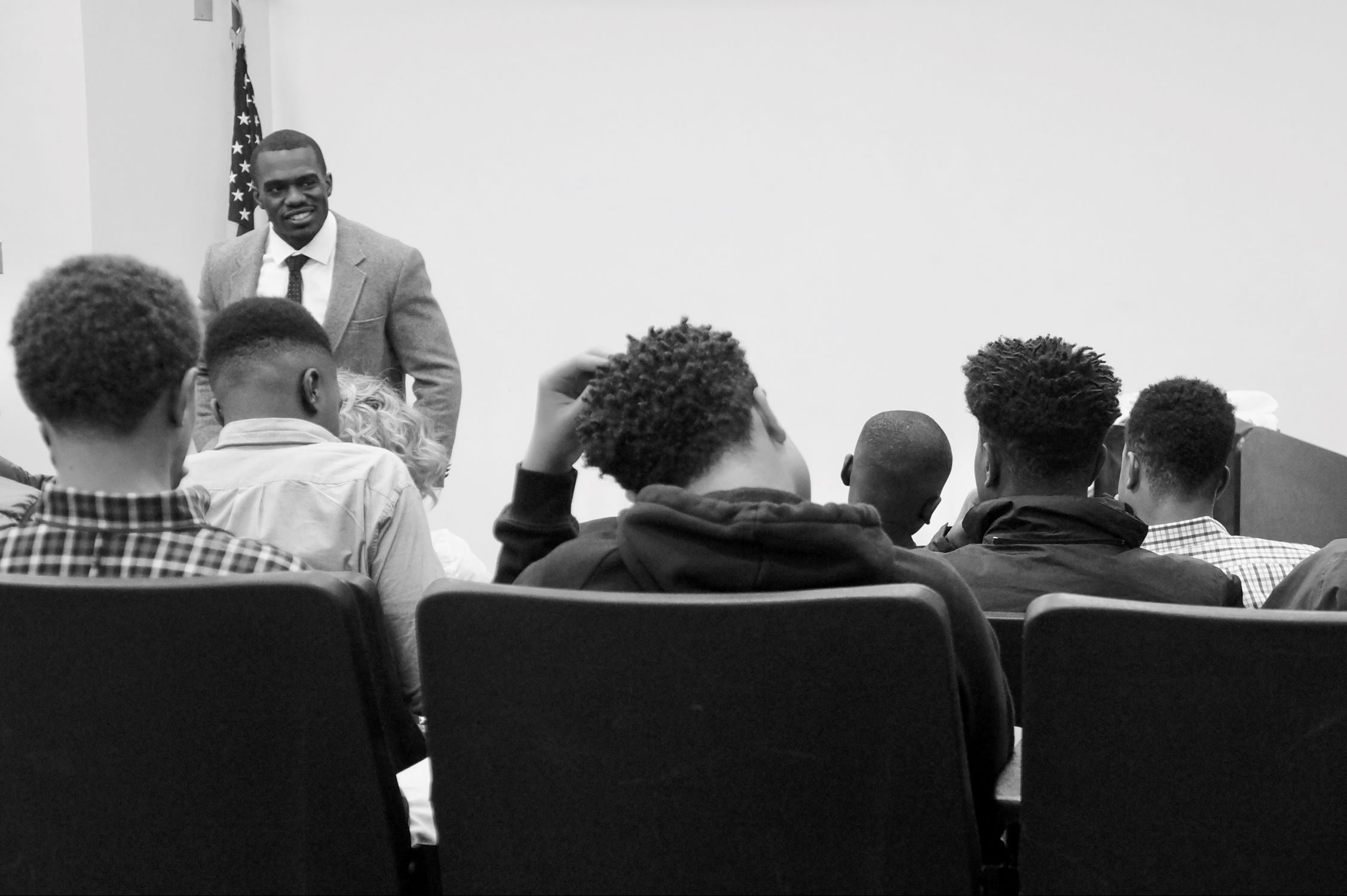 Rwenshaun Miller was diagnosed with bipolar disorder in 2006, and uses his own life experiences to fuel his efforts to help others manage their mental health. He has a special focus on combating the stigma in the Black community. Photo courtesy of Rwenshaun Miller

Why this story matters: African Americans are 20% more likely to experience serious mental health problems than the general population, according to the Health and Human Services Office of Minority Health. In particular, Black men are more likely to be misdiagnosed with schizophrenia after expressing symptoms related to mood disorders or post-traumatic stress disorder.

This is the first of a two-part story that highlights Black male mental health.

Each Wednesday, 32-year-old Rwenshaun Miller hosts his “Locker Room Talk” national conference call. It’s a safe space for men of color to talk about different issues affecting their mental health. Miller, a licensed counselor and mental health advocate, wanted to create these conversations because he knew firsthand what it felt like to have his mental health spiral out of control.

In 2006, Miller was a multi-sport athlete at the University of North Carolina at Chapel Hill, trying to keep up the facade that he was a typical college student. In reality, Miller was hiding the fact that he was hearing voices in his head, and it was scaring him.

“I came from a very small town, and to be honest, I was the man coming out of there. I had this ego and all this male bravado,” Miller recalled about leaving his eastern North Carolina hometown of Lewiston. “I’m thinking, ‘this can’t happen to me.’ I didn’t want anyone to think I was crazy, so I was trying to keep it to myself.”

But he couldn’t hide it from his mom, who noticed a change in her only child. He wasn’t sleeping or eating, and he was pulling away from his social circles. A family intervention at his cousin’s apartment in Durham was met with Miller brushing off his internal struggles. Concerned and wanting to get him help, Miller’s family took him to the psychiatric unit at Duke University Hospital.

“I had to be restrained once I got there because I ended up punching the nurse. I was fighting because I didn’t want to go there,” he said.

Miller wasn’t alone in refusing help. Only about 25% of African Americans seek mental health care, according to the National Alliance on Mental Illness. Black men, in particular, are more concerned about the stigma that comes along with it.

That year, the college sophomore was diagnosed with bipolar disorder — an illness that affects an estimated 2.3 million Americans, according to Mental Health America. While race doesn’t play a role in the rate of bipolar disorder, African Americans are less likely to receive a diagnosis and, therefore, treatment for the illness.

Miller did receive treatment, including therapy and medication, although it took a while before he was willing to accept help. To avoid questions, he withdrew from school and moved in with his uncle in Charlotte.

Here, he met clinical psychologist Dr. Kendall Jasper. Miller admitted that he didn’t trust doctors, especially ones who didn’t look like him. Bias and a lack of cultural competence in healthcare professionals can impact the willingness of African Americans to seek treatment. It can result in misdiagnosis and poorer quality of care.

“When I first met him, he had on a t-shirt and baller shorts and some [Jordans],” Miller said. “I felt comfortable with him. I felt like I could open up to him, and I trusted him.”

Treatment and a new environment helped Miller recognize himself again. He stopped taking his pills and re-applied to school. But when he returned to school, familiar symptoms followed. This time, he self-medicated with alcohol to help cope. He was drinking a fifth of tequila every other day, a pattern he’d continue for nearly five years.

Trying to rid himself of the pain, Miller tried to take his life. Twice he attempted suicide by overdosing on pills. A third time, he put a gun to his head and pulled the trigger. The gun jammed.

“That was my lowest point. But then I had to realize, even outside of me trying to take control over my life and stop the emotional pain, I felt like I needed to get back into therapy and started back taking my meds. That’s what led me getting back into treatment,” he said.

Using his testimony to help others

Miller decided enough was enough. He realized that he had something to give to others fighting the same mental health battle. It went beyond simply sharing his story.

“I felt like that was my mission to actually be able to create these conversations in our community,” Miller said. “But then also for me to gain the actual clinical knowledge, so I can effectively help people.”

To do that, Miller completed a master’s degree in mental health counseling. During his studies, he noticed the lack of information targeting mental health in the Black community. It’s magnified now as Miller is the only Black male in his international psychology doctoral program. He plans to change the status quo.

“When I look at the DSM — which is the manual used to diagnose individuals — it wasn’t made by us for us, so you don’t have that cultural aspect in there,” he said. “You have to think about those cultural aspects before you label someone.”

Miller is creating a larger impact through his nonprofit organization, Eustress Inc., where he serves as executive director. On May 18, Eustress will host its fourth annual Let’s Talk About It Mental Health Awareness Walk at Martin Luther King Jr. Middle School. He leads similar Let’s Talk About It walks in Chapel Hill and his hometown in Bertie County.

He’s found his calling, and it’s making a difference. Recently, Miller was awarded the South By Southwest (SXSW) Community Service Award for his advocacy work.