Issa Vibe Adventures is connecting people of color to nature, one hike at a time 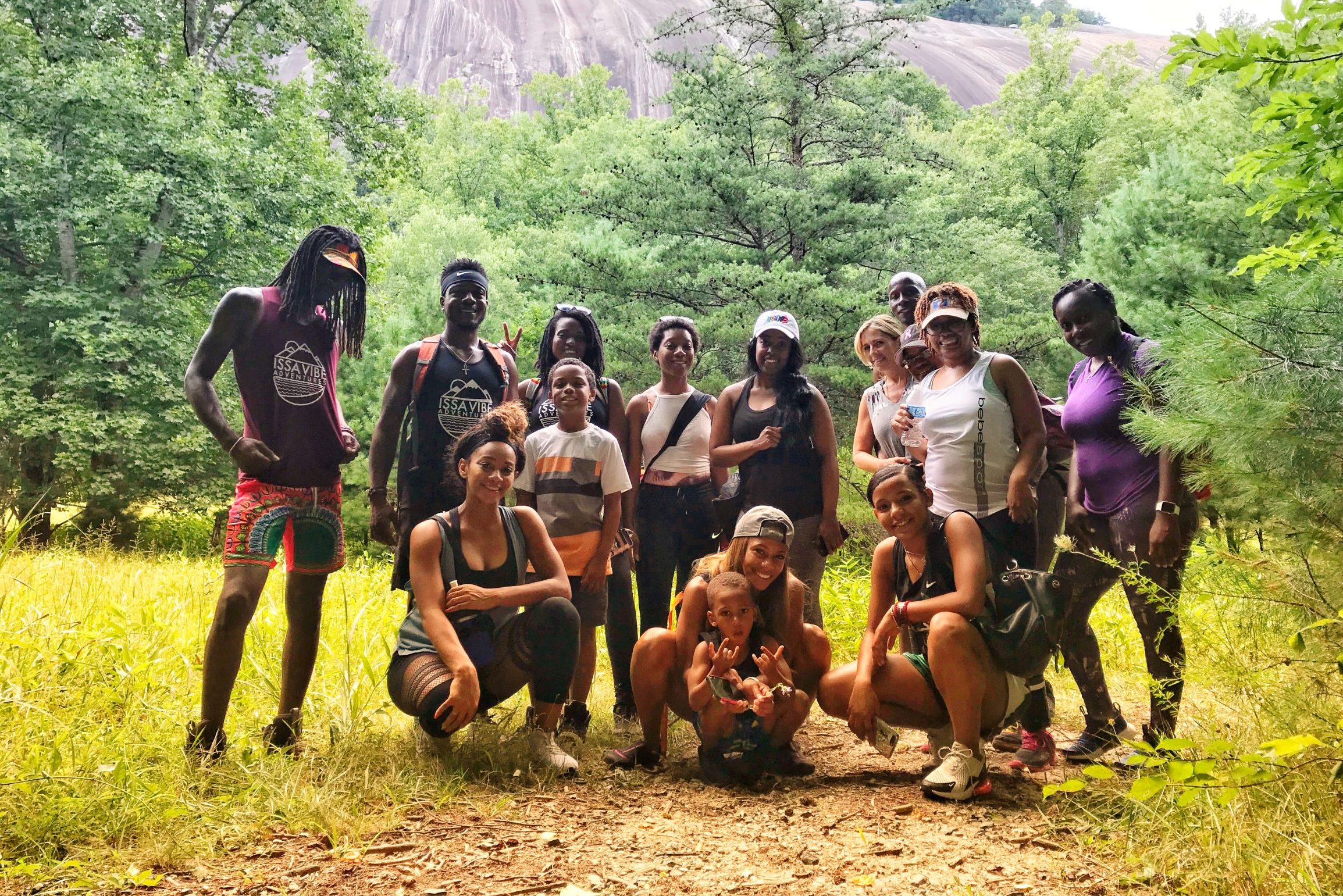 Founders Charles Gbenyon, Lisa Colvin and Ali Steele started the company in July 2017 as a way to expose people of color to nature through outdoor activities. Twice a month, the millennials lead free hikes to North Carolina state parks.

Gbenyon says their goal is to create that ‘vibe’ on a hike.

“Issa Vibe is about creating a certain kind of energy while you’re out there in the outdoors,” he said. “When you come out there with us, you feel welcome.”

“Everything we did that day was just so special that we kept trying to figure out,” Colvin said.

Since then, nearly 30 participants have joined Issa Vibe on hikes to state parks like Crowders Mountain outside of Charlotte and Grandfather Mountain near Asheville. They’ve also explored waterfalls like Linville Falls on the Blue Ridge Parkway.

Colvin says they make hikes enjoyable for everyone and don’t leave anybody behind. If hikers are struggling, the group slows down or takes breaks.

“It helps that person to know, ‘okay I don’t have to push myself so hard, everybody is going to do this with me,’” she said.

Although they focus on people of color, participants from all backgrounds are welcome. News personalities, business owners, nurses and students are just some of the groups who have hiked with Issa Vibe.

Interested adventurers learn about activities on the group’s Facebook and Instagram pages. For hikes, they usually meet up in the parking lot of Super Target near Northlake Mall and carpool to the state parks.

“We’ve met people who were strangers but become a part of our tribe,” Steele said.

People like Sabrina Morrison, who Steele recruited after meeting her at a flea market.

She has grown very close with Issa Vibe, even helping the founders get certified. She says they promote community.

“When they say Issa Vibe, it truly is,” she said. “It’s nothing but positivity. We encourage one another.”

Gbenyon says being outdoors can relieve stress from everyday problems and add value to your life.

“I think a lot of us have forgotten how to have fun. I think Issa Vibe kind of brings that back for people,” she said.

Beyond the outdoor trips, Issa Vibe also donates to local charities. They team up with Oso Skate Park in the Belmont neighborhood and Urban Ministry Center to make sandwiches for the homeless. The group also partners with Little Sugar Creek Community Garden to feed underserved neighborhoods.

Bryant Carter is a graduate of UNC Charlotte with a degree in English. He’s a freelance journalist who writes about the city of Charlotte.

We're building tomorrow's media platform for today's Black Charlotte.
This Story is Tagged: things to do