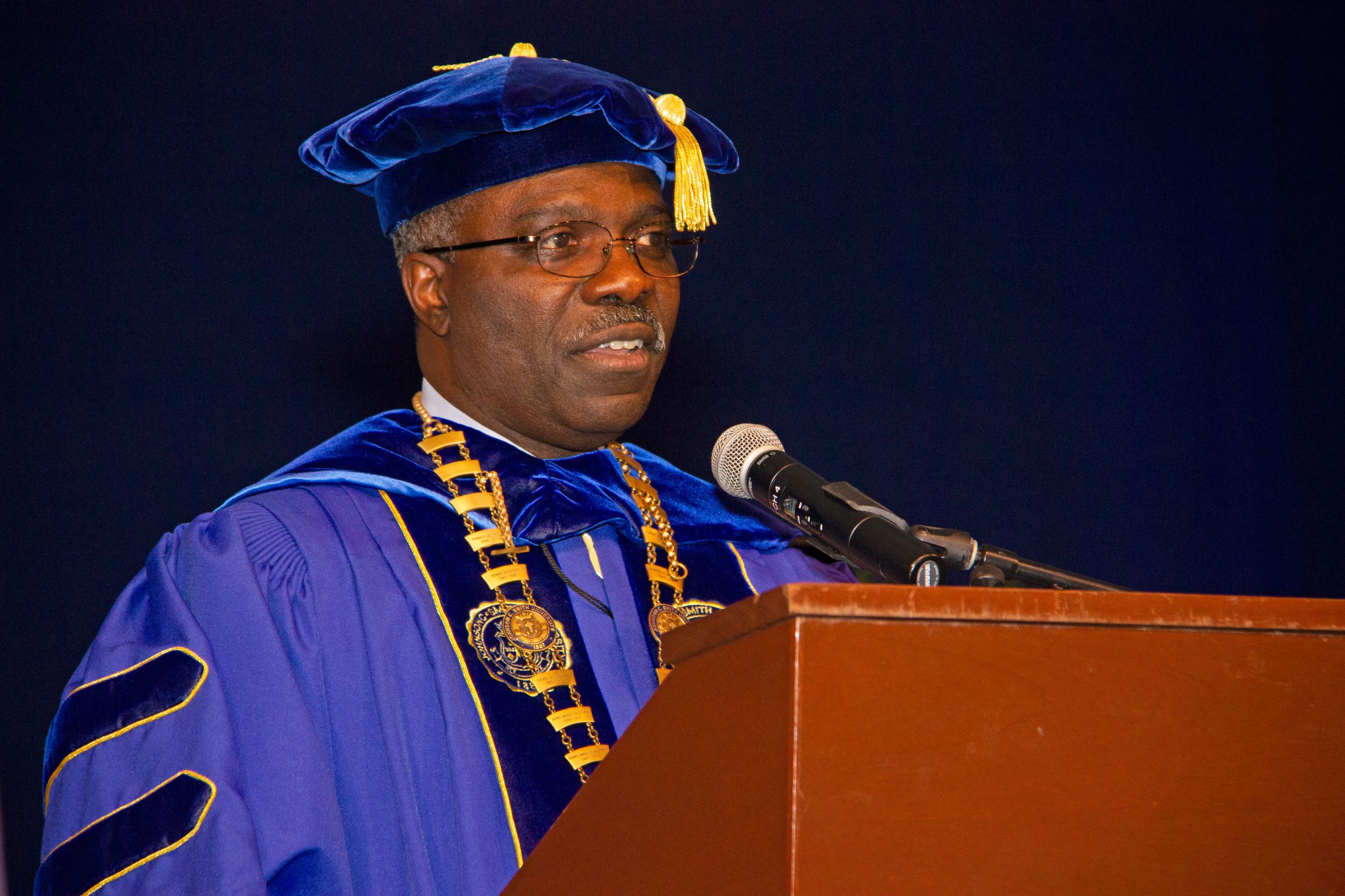 During his address, which revolved around the theme “Rise to the Pinnacle: Light the World,” Armbrister called on the Charlotte community to partner with JCSU to help close the opportunity gap through education. He encouraged those in attendance to provide scholarships as well as paid internships, mentoring and jobs for JCSU students.

“We are deepening our commitment to promising young people born at the bottom of the economic ladder in the Charlotte region,” Armbrister said to an audience of supporters inside JCSU’s Brayboy Gymnasium. “I believe in my heart without fear of contradiction, that there really is no institution better positioned to help close the opportunity gap in this community.”

To do so, Armbrister announced three initiatives:

The ceremony was part of a series of events celebrating the president’s inauguration. Other events included an economic mobility symposium, a celebration of the arts, and the Founders’ Day convocation commemorating JCSU’s 152nd anniversary.