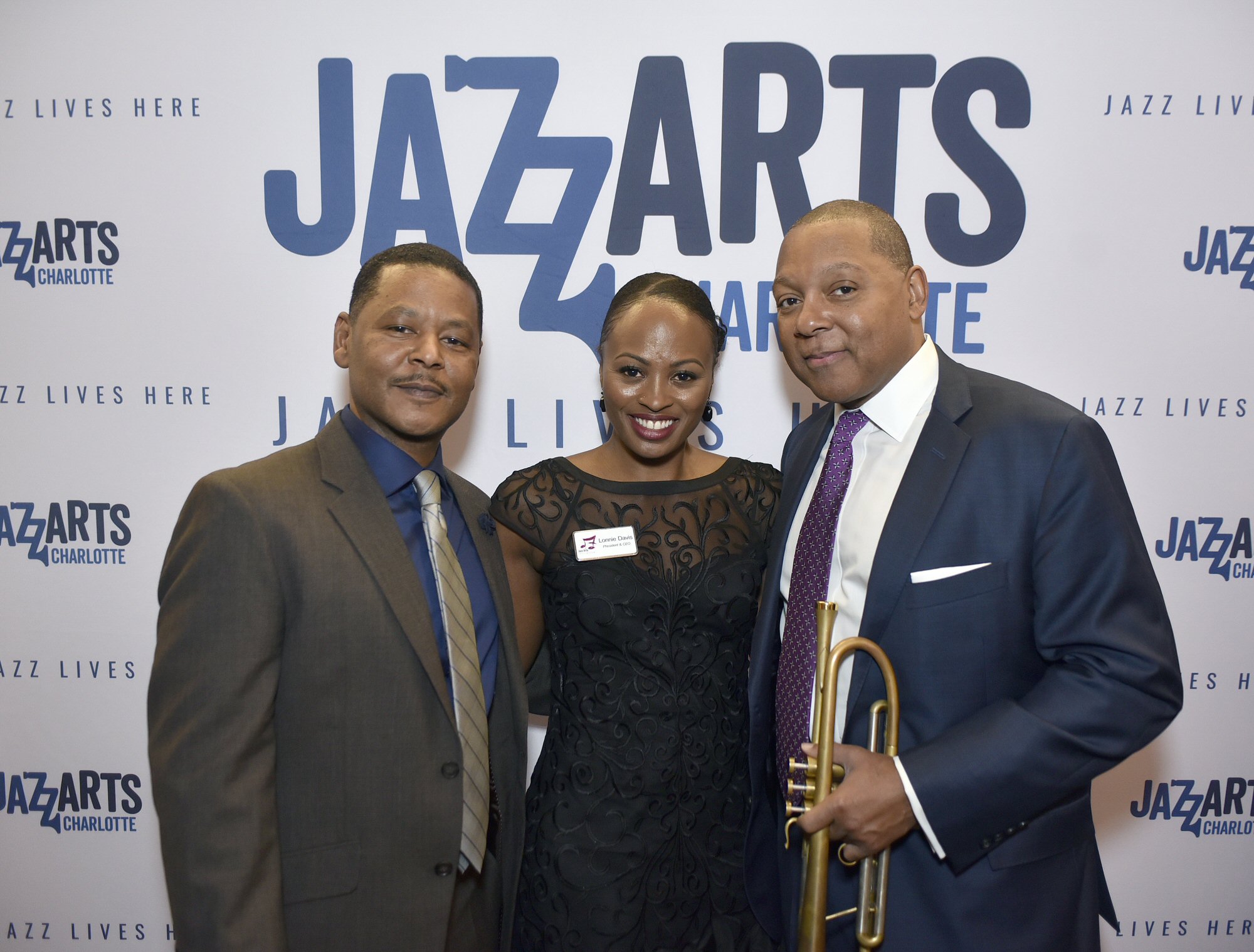 Charlotte’s premiere jazz organization will enter its 13th season with a new name and look.

Over the weekend, Jazz Arts Initiative President and CEO Lonnie Davis, along with jazz great Wynton Marsalis, unveiled the new name of the organization: JazzArts Charlotte.

Co-founder Davis and her husband, Ocie, developed the nonprofit soon after their arrival in Charlotte in 2009, stemming from their displacement by Hurricane Katrina. The initiative served to bridge the gap between Charlotte and the jazz community. Under its original name, JazzArts Charlotte brought multiple facets of the community together around a shared love of arts and culture, reaching more than 50,000 students through its jazz education programs for K-12 students and curating its popular Jazz Room performance series.

“[JAI] was created 10 years ago when we initially identified a need for jazz and jazz education,” Davis said during Saturday’s press conference. “There needed to be an initiative where we come together to bring consciousness of jazz to the forefront of the community. There’s still a lot of work to do, but we have come a long way.”

Davis further explained that the name and logo change, which represents a new stage of development for the organization, was intentional and created with the ever-changing Charlotte community in mind.

“At this point, 10 years later, we’ve outgrown that name. We’re no longer an initiative because we have reached so many students and have built a substantial jazz audience,” she said. “We want to bring the community in because the community is part of that effort. Jazz lives in Charlotte; that’s why we brought Charlotte into the name.”

Seal of approval from a jazz titan

JazzArts Charlotte has gained many supporters over the years. However, one of its greatest advocates is none other than internationally renowned jazz icon Wynton Marsalis. Marsalis currently serves as managing and artistic director of Jazz at Lincoln Center. He’s seen many jazz education programs around the world, but he counts JazzArts Charlotte among the best.

“Lonnie and Ocie…I always put their names together for using the gift of music in the way that it’s intended to be used,” said Marsalis, who will be performing along with students from JazzArts Charlotte at this year’s Charlotte Jazz Festival. “Jazz is a movement. The more attention and resources we give to it, the more we start to see our youth grow.”

JazzArts Charlotte has several plans in place to commemorate its 10th anniversary.

For starters, its featured Jazz Room series will expand from four to six concerts per month. Plans are also underway for broadening the organization’s enrichment-focused Jazz Academy to reach farther across the life span. There will be a WeBop program geared toward children ages 3 to 5. It’s an idea borrowed from Marsalis’ award-winning early-childhood jazz education program at Jazz at Lincoln Center. Additionally, JazzArts Charlotte will launch its first offerings for adults.

According to Marsalis, jazz teaches many lessons and serves several purposes.

“Yes, music is entertainment. Yes, music is education. But, music is also enrichment,” he said. “It’s enrichment of an entertaining sort and the type of transformation that we’ll only see when we have full participation.”