One to watch in tech, Nicki Washington is also encouraging women to be “Unapologetically Dope”

Nicki Washington is blazing new paths in the tech world and committed to helping other women, regardless of industry, to do the same. 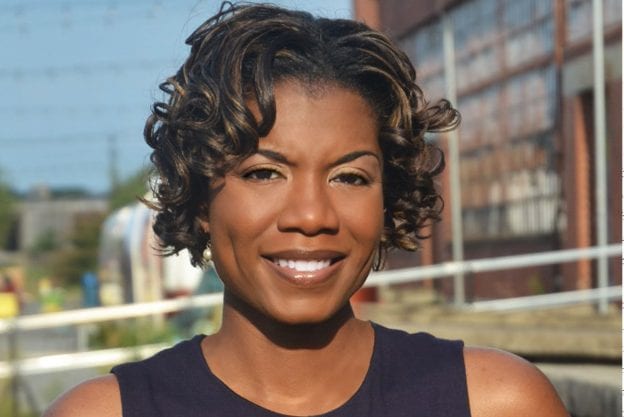 There are many ways to describe Nicki Washington: professor, author, tech disruptor.

A deep commitment to leveling the playing field for those underserved, Washington focuses her work on increasing access to careers in the tech space — an industry where minorities are still disproportionately underrepresented.

“Kids are often swayed from interests because of self-doubt and the beliefs of others,” the Durham native said. “Computing is the skill all students will need, regardless of career paths. When kids have access, they make better decisions.”

Washington recalled that her interest in tech began during childhood. Her mother’s job as an IBM programmer introduced her to the tech field. She became familiar with the inner workings of the family’s computers, ultimately learning two programming languages prior to completing high school.

She also had a village supporting her endeavors.

“I knew my experience was unlike that of others. People who looked like me poured into me and helped me to believe in myself. I wanted to be that representation for others,” said Washington, who was also the first computer science graduate from Johnson C. Smith University to earn a Ph.D.

She went on to become the first Black woman to earn a Ph.D. in computer science from North Carolina State University; author three books aimed at empowering women and girls to live their best lives; and one of “15 Black Women Disrupting the World of Tech,” according to a March 2019 feature in Essence magazine.

As someone who has often found herself to be one of the few Black women at the table, if not the only, Washington is also laser-focused on helping women deal with the difficulties of bias and marginalization in the workplace. She took a deep dive into the issue in her 2018 release, Unapologetically Dope: Lessons for Black Women and Girls on Surviving and Thriving in the Tech Field.

“I had the idea for this book for a while, but I got the green light to do it while attending a conference last summer where women were sharing common concerns and challenges,” she said.

While the subtitle suggests a leaning toward women in tech, Washington states that the intention of the book is to be “applicable to any woman who feels like one of the few or the only.” She wants to share information on practical tips acquired from her mother and her own life lessons. Some topics include finding your tribe, being intentional about attending to your physical and emotional health, and knowing it’s ok to not always have it all together.

Through the book’s messages, Washington hopes to leave readers with this understanding:

“You are enough, competent, able and qualified, regardless of where you come from. You are dope because you just are. You are amazing because you stayed the course and don’t let anyone sway you otherwise.”