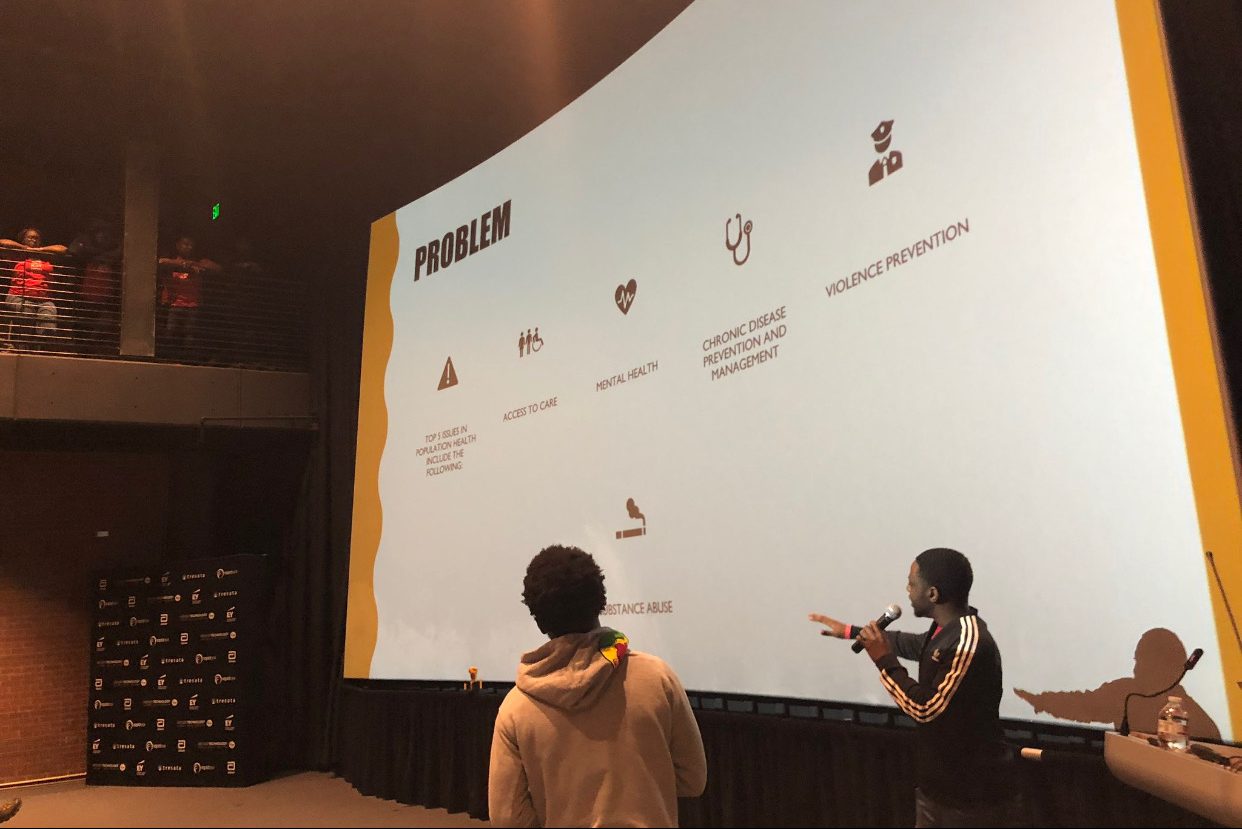 I always felt like comic book superheroes showed young people that it’s perfectly fine to be smart. Some of the most popular superheroes are scientists and inventors: Batman, Iron Man, The Hulk, The Flash. But, you don’t need to sit in a theater for three hours to see superheroes save the world, they’re all around us. For example, a group of students from North Carolina A&T State University might have you thinking they’re trying to recreate Wakanda.

NC A&T students have placed first in at least one category at hackathonCLT since 2016. The annual social tech competition brings “hackers” together to tackle a selected issue in Charlotte. This year’s challenge was population health during the event held March 22-23.

“Every year, we bring NC A&T’s Association for Computing Machinery members to hackathonCLT,” said sophomore computer science student Oluchi Chukwunyere, vice president of the school’s ACM chapter. “This year, we were able to bring over 25 students.”

Aggie students Keith Battle, Chiamaka NnawuleiI and Jalen Moore competed during the two-day competition and earned first place in their category with an idea for a mental health app called UPSTREAM’d. The app would assist teens recovering from substance abuse by providing alert notifications for counseling meetings, daily alerts of words of encouragement and motivational stories. It would also house a message board and journal which provides a safe environment where teens can discuss their recovery stories.

It’s good to see these future heroes of color because the industry needs them. Federal government statistics show Black professionals make up only seven percent of U.S. high-tech workforce. If we’re looking to create solutions for all residents, diversity is an important factor.