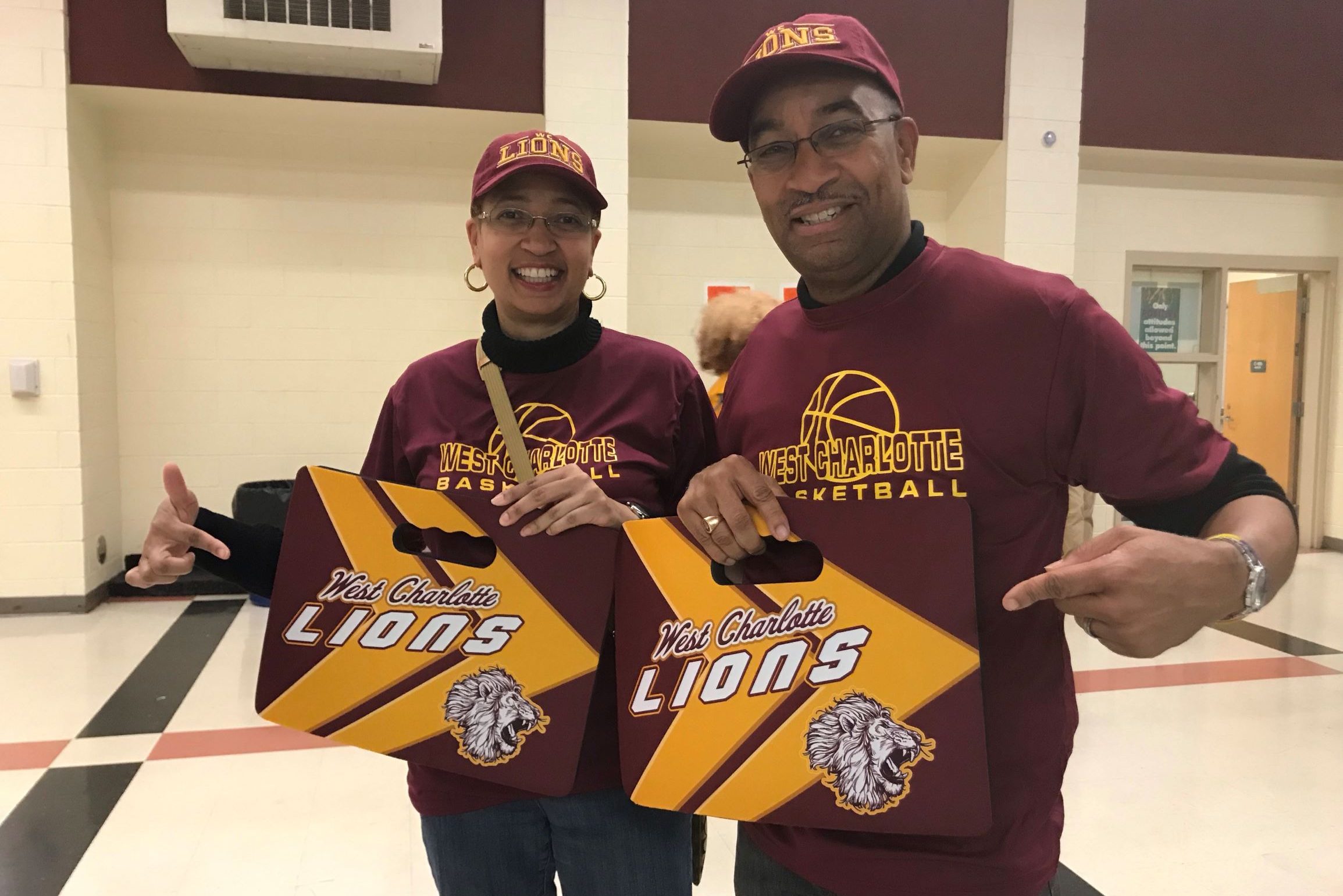 These were words from a social media post written by a white player on Ardrey Kell High School’s boys’ basketball team ahead of the state semifinal game against West Charlotte High. The player was suspended before the game tipped off on Tuesday night.

West Charlotte High pulled away in the second half to win 69-53.

While the win was important because it gets the Lions closer to their goal of capturing a state championship, their fans’ unified show of support sent a message.

Fans and alumni were already tense leading up to the matchup. The North Carolina High School Athletic Association moved the game from West Charlotte to Zebulon B. Vance High School in University City — a larger, neutral location. As the higher-seeded team, the Lions earned the right to host the game on their campus.

Alumni expressed displeasure on social media, and directly to NCHSAA, but then decided to turn it into an opportunity. If they were providing a bigger venue, Lions fans were going to use it.

“We put the word out because we wanted to make sure this felt like a home game,” said Charlotte City Councilman James Mitchell, a West Charlotte graduate who also played on the basketball team. “I’m so proud of the team because they were focused on the game and not all the noise around them.”

Dressed head to toe in maroon and gold, Mitchell and his sister Kim, also a Lion, filed into the gym with the rest of the pride. The home team overwhelmingly outnumbered Ardrey Kell fans.

The line entering the gym stretched well into the parking lot two hours before the game. Getting closer to the doors revealed an unorganized mess. Hundreds never got in. There was an increased police presence on campus.

There was an intense playoff atmosphere inside the gym. Outside, a number of fans caught a glimpse of the game while peeking through windows. There was a shield of support surrounding West Charlotte’s team. Fans showed the boys that they had their back off the court so they could concentrate on the game.

“If you put on that Lions uniform, it’s about basketball. Don’t focus on our anger, put it out on the court,” Mitchell said.

As for the suspended player, Charlotte-Mecklenburg Schools is continuing its investigation. No criminal charges have been filed at this time.

This was not the first time Ardrey Kell has had to address racism with its students. During a football game in 2017, the entire student section was forced to leave a home game after yelling racial slurs at black children.