Greg Collier, owner of The Yolk cafe and executive chef at Loft & Cellar, is the first black chef from Charlotte to earn a James Beard Award nomination. 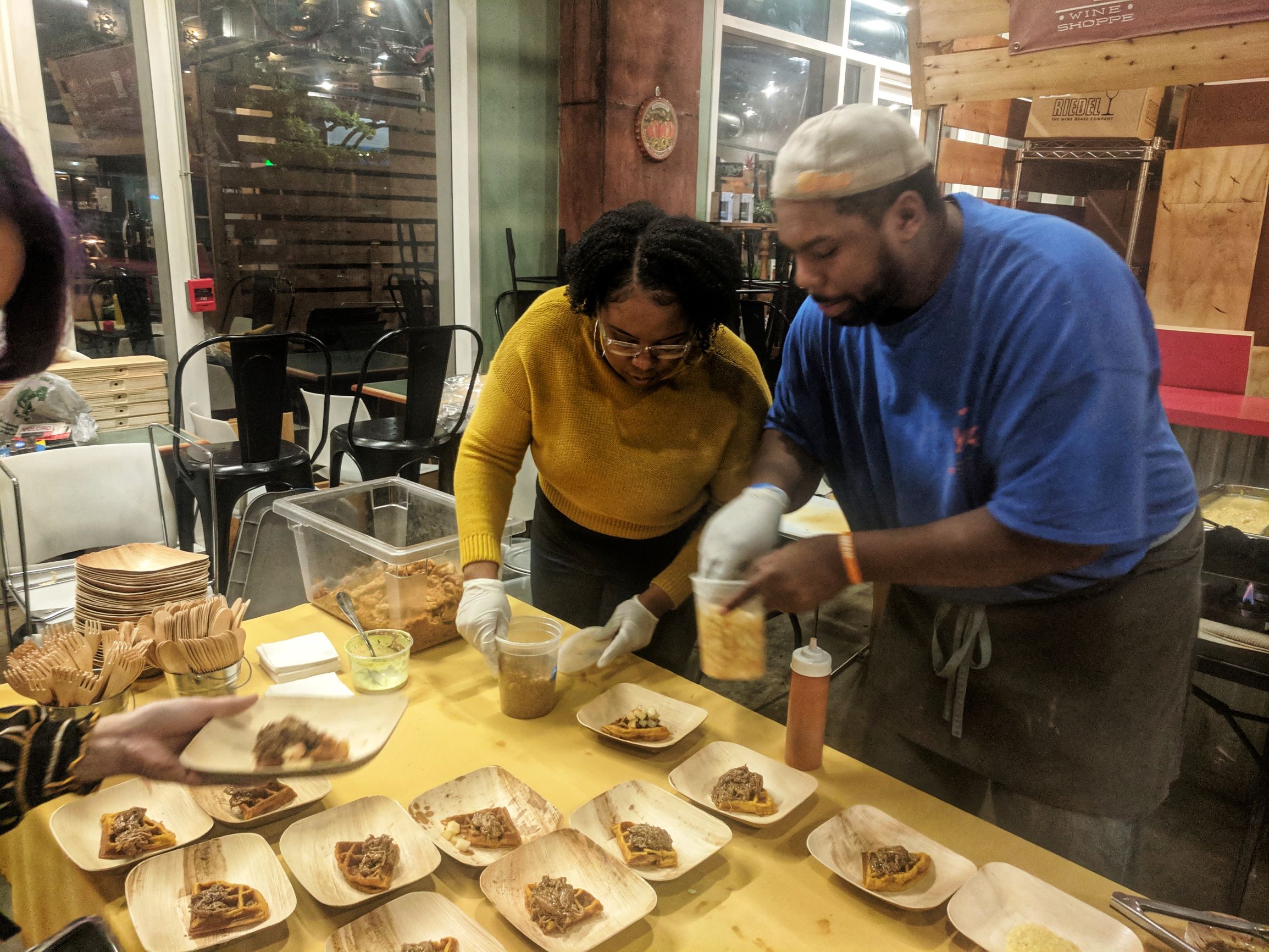 Gregory and Subrina Collier prepared menu samples for approx. 50 guests at the Farm to Fork dinner.

Collier, a first-time nominee, is up for best chef in the Southeast. He currently serves as executive chef at Loft & Cellar. He also owns Uptown Yolk at 7th Street Public Market with his wife, Subrina.

It was a congratulatory phone call from good friend Paul Verica that informed Collier of the news. Verica, owner of The Stanley in Charlotte’s Elizabeth neighborhood, is also an award semifinalist for Best New Restaurant.

“I was at a meeting discussing next steps for Uptown Yolk. Now, I’m prepping because I need to make sure that we have everything done like a normal day, but this feels surreal,” Collier said. “This doesn’t feel like a real thing.”

The James Beard Awards — commonly referred to as the “Oscars” of the food world — were established in 1990 to recognize culinary professionals in the U.S. However, its honorees typically didn’t reflect racial or gender diversity. Collier is the first black chef from Charlotte to earn a nod.

“This nomination means that a black business owner can hire a black chef to cook black food and be noticed for what we’re doing,” he said.

Driven by themes of social responsibility, generational wealth and paying it forward, Collier views his nomination and potential win as a high honor.

“I’m still trying to fathom that out of all of the great chefs in the South, people I’ve looked at doing great work, I’m on the list,” he said. “If by some chance, for some reason, my ancestors are talking to someone and I win this, I don’t know if I could deal. This is the culmination of everything.”

Excited as he is, Collier sees his current recognition as an opportunity to continue work towards his overarching mission of helping the next generation.

“I wasn’t cooking for a James Beard Award. I was cooking for culture, heritage and the next group of chefs coming after me.”