Qcitymetro managing editor Katrina Louis talks with the CIAA commissioner about Bennett College, the importance of HBCUs and why her representation matters. 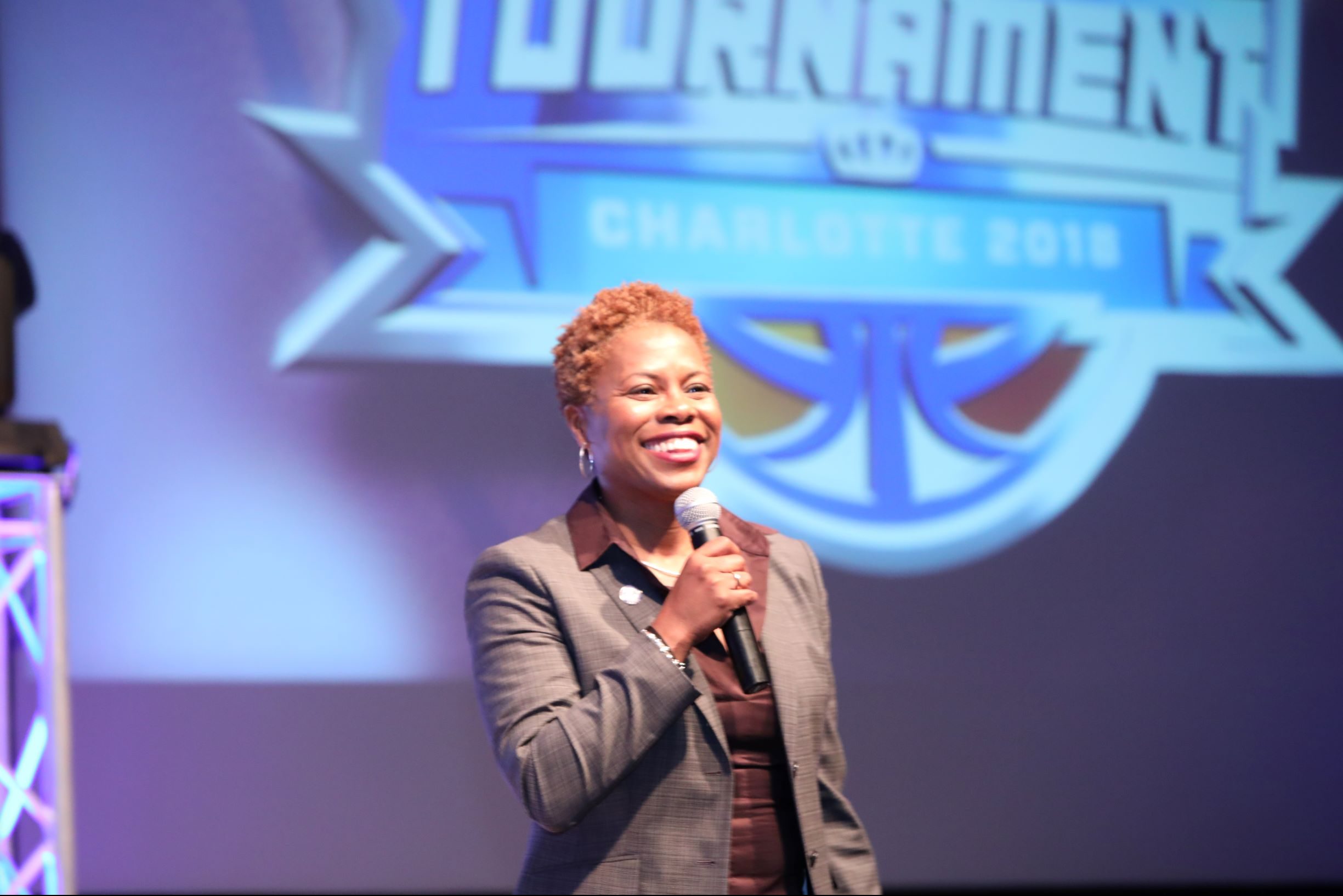 As we transition from Black History Month to Women’s History Month, Jacqie McWilliams came to mind. As the third full-time commissioner of the Central Intercollegiate Athletic Association (CIAA), McWilliams is the first African-American female ever to hold the position. How fitting it is that this year’s CIAA men’s and women’s basketball tournaments straddle between the two months.

I caught up with McWilliams following the tournament’s annual Education Day. I could’ve spent a lot longer than the 10 minutes that we had because her love for historically black colleges and universities (HBCUs) was woven into every word she spoke.

Here are excerpts from our conversation.

The earlier you get them, the better you can start putting the seed in their head that these opportunities exist. When they get to high school, they’re tracking themselves to be the next scientist or the next mathematician. If you wait until you get to high school, it’s almost too late. That’s what I hear from people at NASA.

It’s about exposing these young people to things that they may not be exposed to, particularly through a platform like the CIAA where we have 13-member schools and most have STEM programs that they would love for some of these students to come to.

On the importance of telling the stories of HBCUs

As a parent, whether my daughter chooses to go to Hampton University as part of our legacy of our family, she needs to know that HBCUs can be her first choice and not her last. It could be in her top five or top 10, and I think that goes for students who are not African-American or people of color.

Part of the story that we have to think about is not asking the question “why are HBCUs relevant?” because they’ve always been relevant. The story that we get to tell is that HBCUs have value, there’s economic power, there’s value in the community. If you took away the $14.8 billion that are funneled into HBCU communities, what would happen to this country?

We have to do a better job appreciating and valuing the history and letting people know that we don’t have to be the last choice.

On Bennett College and struggles HBCUs are facing

There are struggles, and a lot of it is based on attendance. Tuition and attendance drive revenue. The less students you have, the less funding you have. We’re looking at Bennett College right now. Their attendance is low, and they’re struggling to stay alive. They can fundraise [sic] all the money that they need, but to sustain themselves, they need attendance.

How do we drive more students to HBCUs, and see it as a value proposition to giving back into the black community? To see the economic power that it brings, and the educational value that we all bring by going to HBCUs and bring back into the communities when we graduate?

On why representation matters

We had two little women’s basketball teams play halftime during our women’s tournament. I had the opportunity to encourage these young ladies that they can use basketball as an avenue to go to college and pay their degrees.

For me to have that platform and access to women, demonstrates that because the color of my skin, don’t try to hold me back. I can press through what you say and the biases that you have. But that’s my confidence.

I don’t want to be the only black female commissioner in the country for athletics. How do we create that pipeline so there’s other opportunities for women to see themselves? How do I get in front of more little girls? You have to speak those things into them, but you can’t unless you get in front of them because they got to see it.

I was with four women this evening, and if it hadn’t been for them, I would not be the commissioner. One of them Dr. [Peggy] Green of Fayetteville State [University], she recommended me to be on the National Division II Basketball Committee. That opportunity, all by itself when I was 24 or 25 (I was the youngest on that committee), allowed me exposure that I never ever thought that I would have. Since then, I’ve been rolling.

It was because that one person, one black female in this industry, saw value in me and wanted to make sure that she wasn’t the last. That’s what’s so unique about CIAA and the administrators we have. We are helping each other navigate through a community that never felt like we should be a part of it in the first place.

More: Ready for the 2019 CIAA basketball tournament? Here’s your event guide for the week