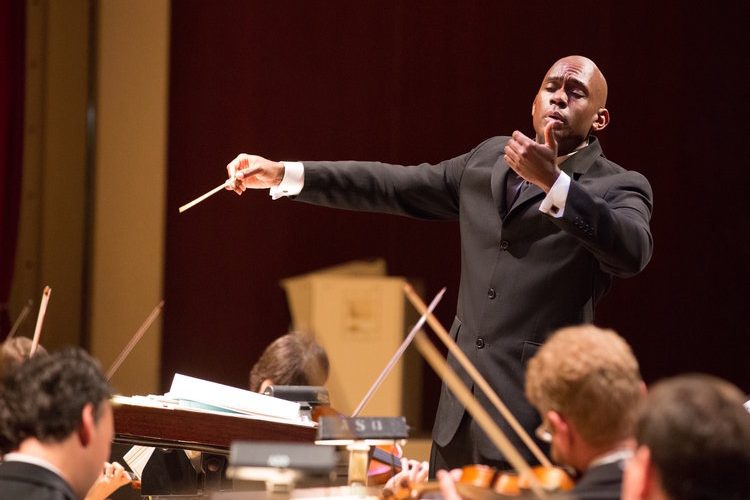 A recent survey of 201 orchestras found that African-Americans made up only 4.5 percent of all reported conductors, according to the League of American Orchestras.

Locally, the Charlotte Symphony is working to increase representation of women and minorities in the industry through a string of guest conductors. On Feb. 22 and 23, the symphony welcomes Joseph Young to conduct Tchaikovsky’s The Sleeping Beauty.

Young, the oldest of three siblings, grew up near Charleston, S.C. He started playing trumpet in the sixth grade as a way to keep out of trouble.

He continued developing his skill, eventually graduating from the University of South Carolina with a degree in music education. Young completed graduate studies at the Peabody Conservatory in 2009, earning an artist’s diploma in conducting.

Young studied under world-renowned conductors who couldn’t deny his talents. However, he was breaking into a world that lacked diversity. Most classical music professionals in major symphony orchestras in the U.S. were white.

“For anyone of color to see me on the podium, I want them to know this is an opportunity that they can do,” he said.

Young has made appearances with the St. Louis Symphony, Buffalo Philharmonic, Colorado Symphony, Charleston Symphony, Phoenix Symphony, New World Symphony and others. In his most recent role, Young served as the Atlanta Symphony’s assistant conductor where he conducted more than 50 concerts per season.

At 36, he’s come full circle. He returned to the Peabody Conservatory in Baltimore where he leads the programming and direction of all the conservatory’s orchestras.

“I just try to make sure I’m visible enough to show young people that this is also a possible path,” Young concluded.