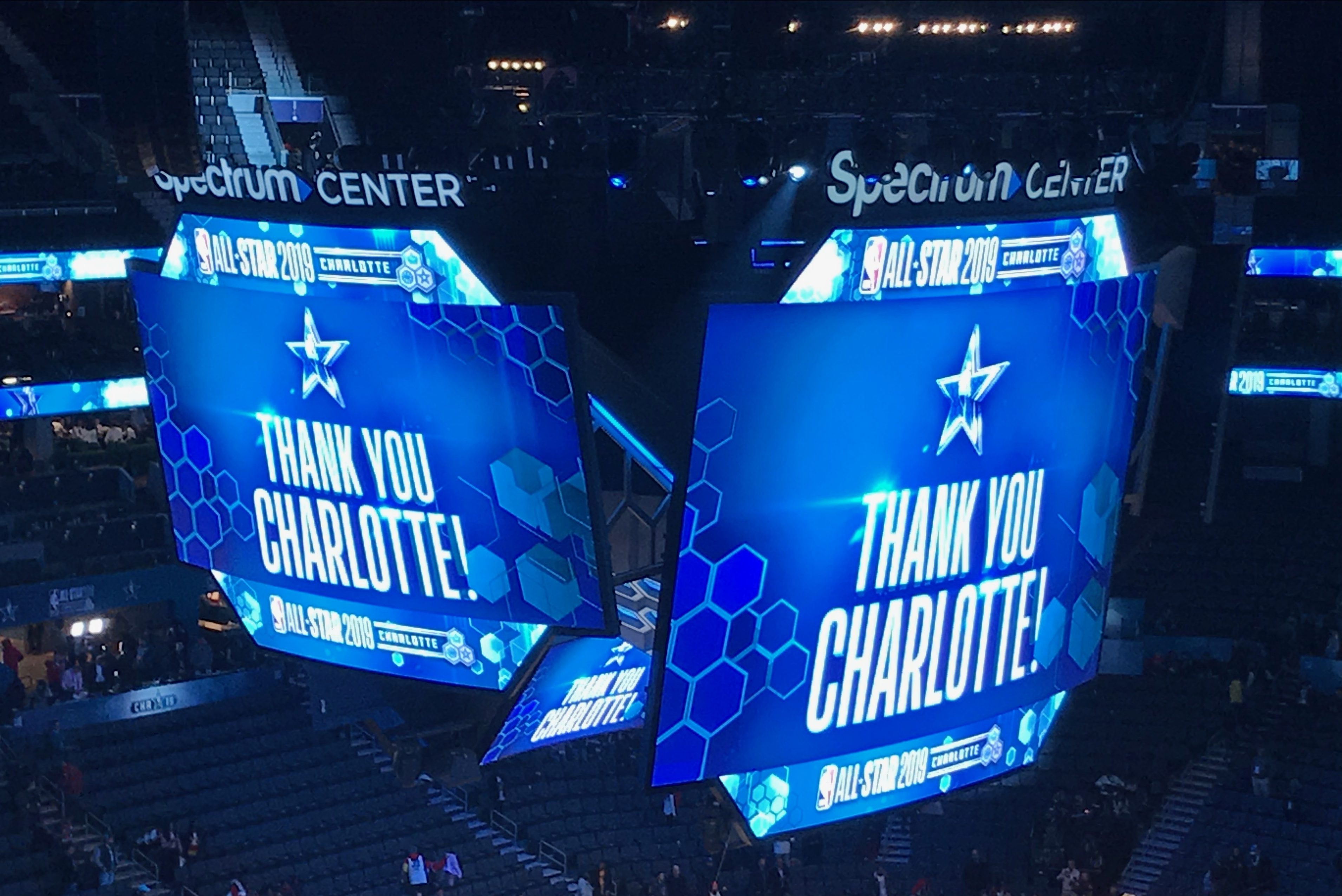 On the biggest stage of the weekend, here are six moments with Carolina connections during the All-Star Game.

For the first time in his career, Kemba was named an All-Star starter. The hometown hero received roaring applause as his name was announced.

“I kind of got goosebumps at how loud the crowd was for me, he said. “I just really appreciate that. They showed me a lot of love. I appreciate you all. Thank you.”

Childhood memories on the court were a few of the storylines surrounding Stephen Curry’s homecoming.

“It’s an amazing weekend to be back in Charlotte and pretty much everything I imagined it to be,” Curry said. “Having my family and friends, people I grew up with…come out and celebrate how influential, and important, Charlotte is to me and my entire family.”

The soulful rendition by the Charlotte native had social media buzzing. How can Charlene not come home after that?

The Charleston, S.C. native didn’t shoot well in the 3-point contest Saturday night, but he made up for it in the All-Star Game. The first time all-star finished with 20 points including going 6/10 on 3-point field goals. Unfortunately, his squad, Team Giannis — which also included Kemba and Steph — fell to Team LeBron, 178-164.

J. Cole might not have thrown down the dunk attempt during Saturday’s slam dunk contest, but the Fayetteville native ignited the crowd during his halftime performance. Let’s not forget about that fresh retro Hornets jacket he wore.

Charlotte passes the ball to Chicago

On his 56th birthday, basketball icon and Hornets Chairman Michael Jordan passed the ceremonial All-Star basketball to the 2020 host city, Chicago — a place where he’s immortalized as a member of the Chicago Bulls.

Check out our Instagram Stories for video recaps from the weekend.