A Qcitymetro contributor and her daughter on assignment at the celebrity Rookie USA Fashion Show during the 2019 NBA All-Star Weekend. 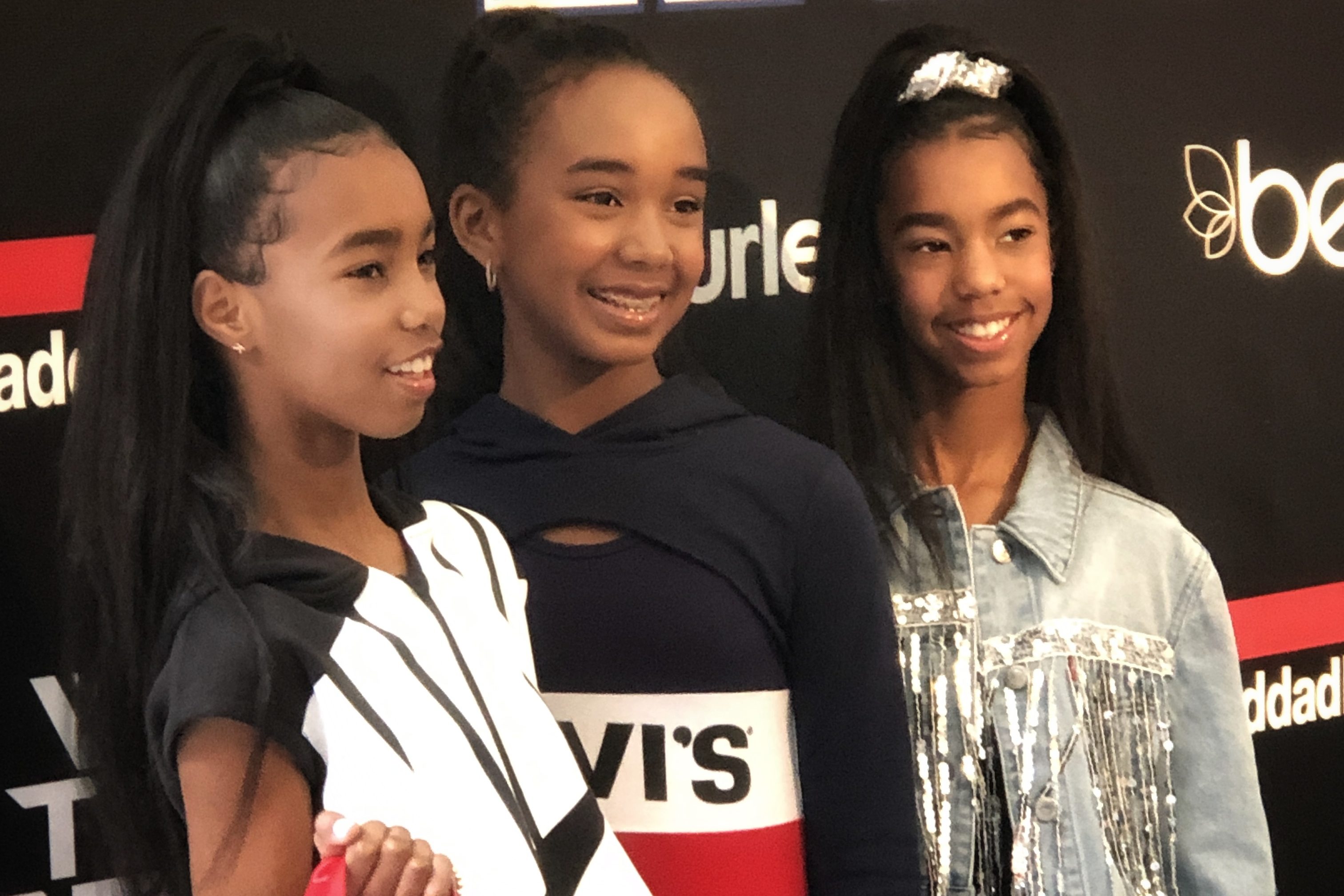 NBA All-Star Russell Westbrook walk the runway during the Rookie USA Fashion Show, one of many celebrity events during the 2019 NBA All-Star Weekend.

Knowing that NBA All-Star Weekend is here, under normal circumstances, I’d be packing my 4-year old daughter’s weekend bag for a sitter. A weekend of celebrity-hosted day parties, NBA-sponsored events and VIP access is a parent’s (kid-free) playground!

Instead, Karson and I spent time pulling pieces from her closet to create the perfect look for the 2019 Rookie USA Fashion Show on Feb. 15. Karson accompanied me as QCityMetro’s junior correspondent for the day.

It’s important to note that Karson has worked as my assistant several times before… and has been fired every.single.time. Followers of QCityMetro’s Instagram stories joined Karson and me for exclusive behind the scenes footage and hilarious antics that may or may not have led to her being fired, again.

At Bank of America’s Founders Hall, kids of local and national celebrities worked the runway rocking the latest kid collections from Levi’s, Jordan, Nike, Converse and Hurley. Prior to the show, Karson, rocking her favorite faux fur jacket, told former Basketball Wives LA star Gloria Govan that she was “excited to see cute outfits that Mommy will buy for me.” Hopefully, she’ll make her own money soon as several photographers stopped her and asked if she was walking in the show.

The evening’s runway show featured celebrity offspring like sisters D’Lila Star, Jessie James and Chance Combs (daughters of mogul Sean “Diddy” Combs); Jonas and Johan Jackson (sons of rapper Fabolous); Noah Westbrook (son of NBA All-Star Russell Westbrook) and; a host of other cool kids from across the country. Karson excitedly danced along with the models as they broke into popular dances at the end of the runway.

NBA All-Star, and Winston-Salem native, Chris Paul and his wife Jada were in the audience cheering their minis on. Karson spotted CP3 from across the room squealing “he has a twin!” recalling his popular State Farm commercials.

Anthony Hamilton fanned out as two of his sons strutted down the runway. In a role reversal, Carolina Panthers Greg Olsen and Kyle Love watched from the sidelines as their adorable kids donned the latest fashions centerstage.

The two-hour show concluded with a final walk as the kids excitedly showed off their dance moves to roaring applause.

Karson’s final thoughts on the show: “It was fun and I didn’t get fired!”

Who knows, Karson may be on assignment again soon.

Nakisha Washington is a style contributor who mixes prints and professionals. She’s a millennial development coach, content creator and lover of all things stylish!