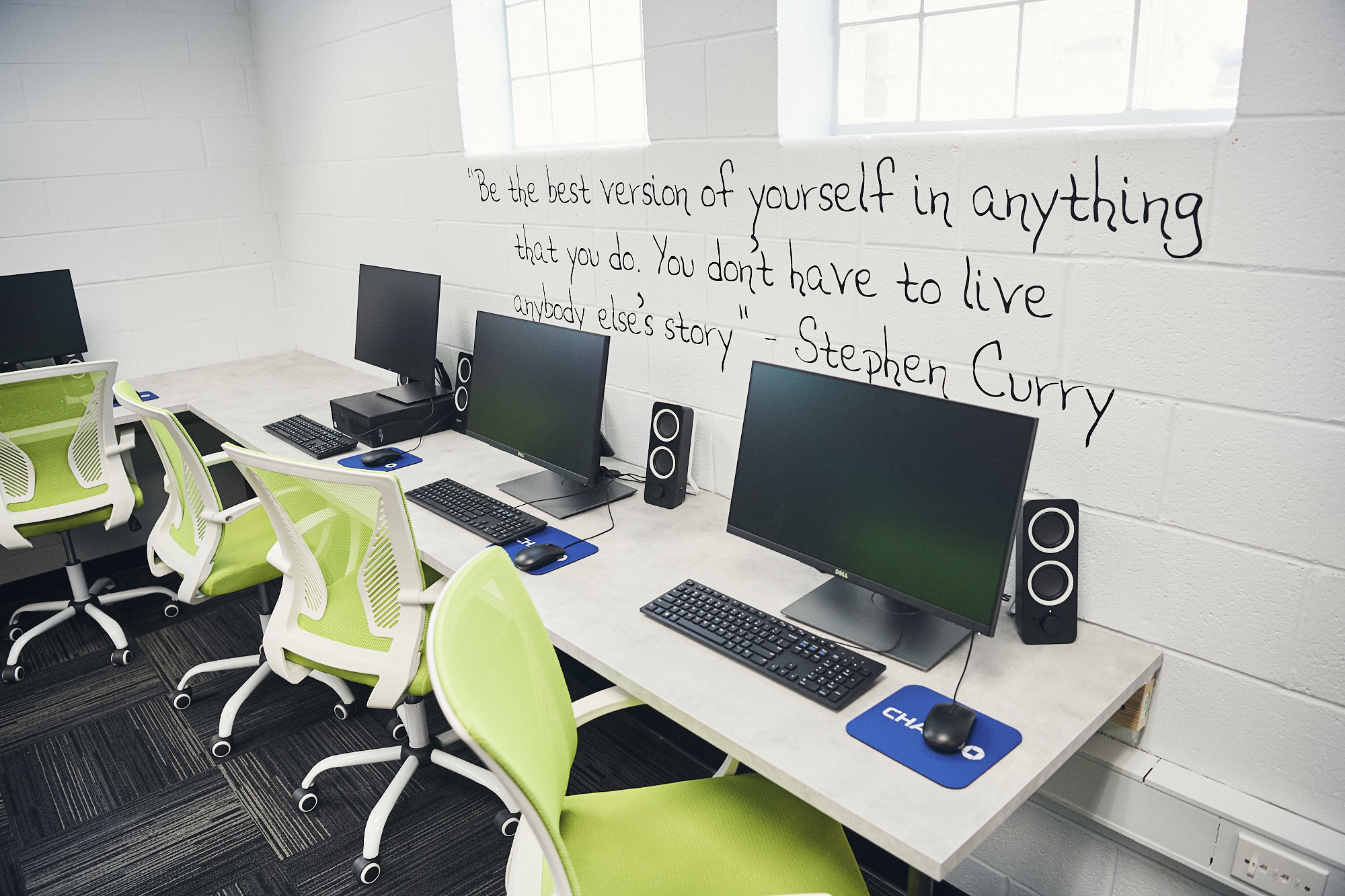 Revamped education center at the Carole Hoefener Center. Photo courtesy of Under Armour

The NBA and some of its sponsors identified ways throughout the weekend to give back to the Charlotte community. During Friday’s day of service, the league’s players, legends, staff, executives and volunteers visited Second Harvest Food Bank, United Way of Central Carolinas and Classroom Central.

Charlotte’s royal family, The Currys, made a splash with the unveiling of a revamped Carole Hoefener Center in partnership with Charlotte Housing Authority, Under Armour and Chase. The grand re-opening revealed a new gymnasium, education center, kitchen and more. The basketball family made it a community celebration featuring a Curry vs. Curry shooting competition, slam dunk contest and a youth basketball game.

Kids had a chance to join in the fun during the Rookie USA Fashion Show. Kids of notable celebrities — like Sean “Diddy” Combs, Anthony Hamilton, Chris Paul and Russell Westbrook — walked the runway sporting the latest looks from brands like Levi’s, Nike, Jordan and Converse. Keeping with the kid-centered theme, we decided to include our own kid reporter. Check it out in our latest “A Day in the Life” feature.

The Naismith Memorial Basketball Hall of Fame announced 13 finalists under consideration for the 2019 Hall of Fame. Among them, North Carolina A&T player turned NBA referee Hugh Evans and Charlotte native and former UNC player Bobby Jones. The Class of 2019 will be announced during the NCAA Men’s Final Four.

Crowds filled the Grady Cole Center for a chance to catch the popular traveling art and music exhibition. Unique pieces created by more than 30 artists were on display. After a Home Team victory during the All-Star Celebrity Game, rapper Rapsody hit the stage for a performance at AB+L. Definitely a place for the cool kids.