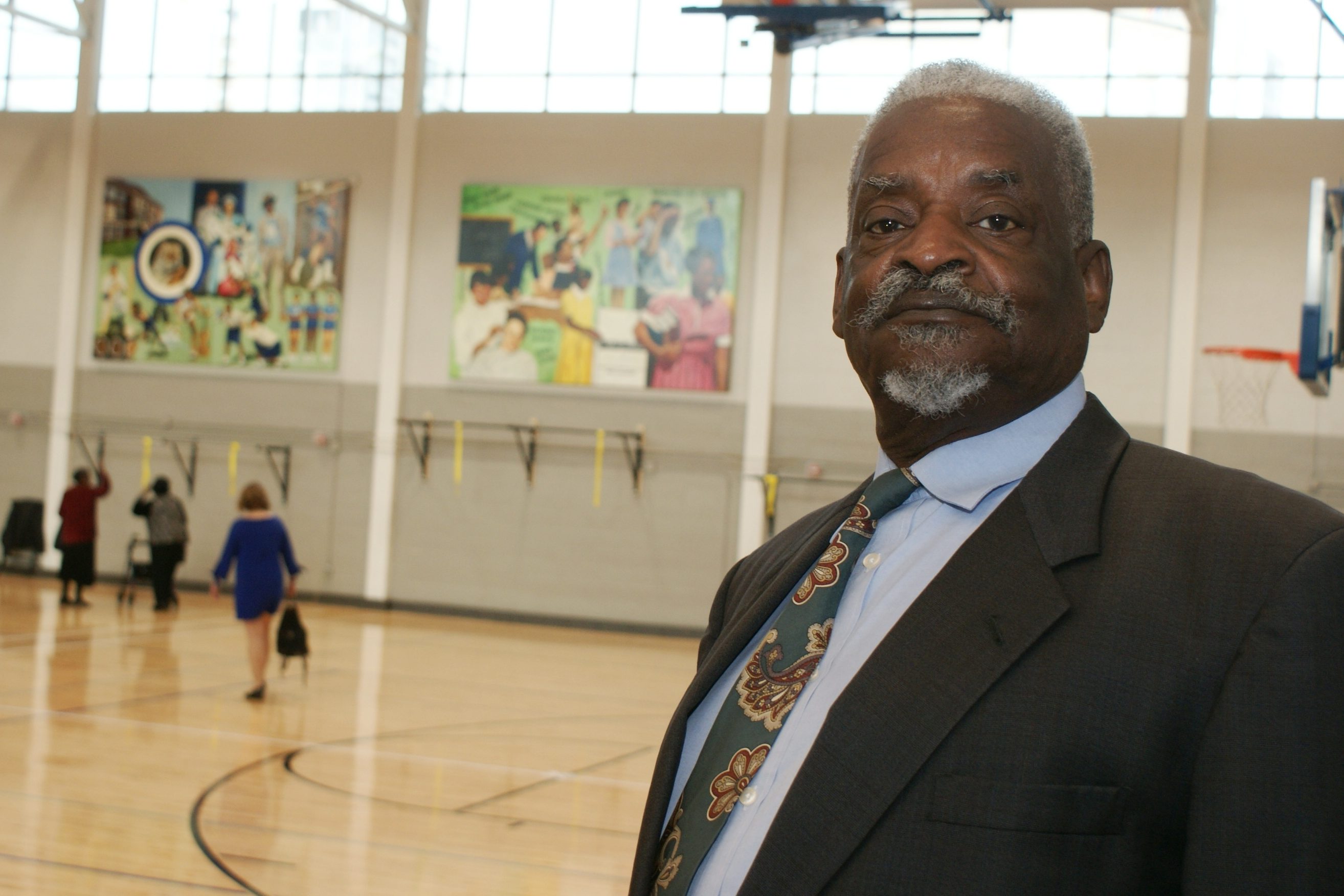 Why This Matters: Second Ward High School was the first public high school for African-American students in Charlotte. It closed during the “urban renewal” period of the 1960s.

“Faced with the realities of separate, but not often equal opportunities, students of the Second Ward High School strived to excel in pursuit of a better tomorrow,” Robinson said in his artist statement.

“Go, Tigers!” illustrates students’ school spirit and tenacity while participating in sports and cultural activities. “We Too, Shall Rise” is inspired by the hope and determination of people living in the segregated South to rise above their cultural circumstances.

A staple of the former Brooklyn neighborhood, Second Ward High School was built in 1923 and shut down in 1969 with an expectation that it would be rebuilt through a bond campaign. That never happened. Instead, new condos, office towers, hotels and parking lots went up in its place.

The project was funded through a City of Charlotte ordinance that sets aside 1 percent of its capital improvements budget to fund city and county public arts programs. The fund is administered through the Arts and Science Council.