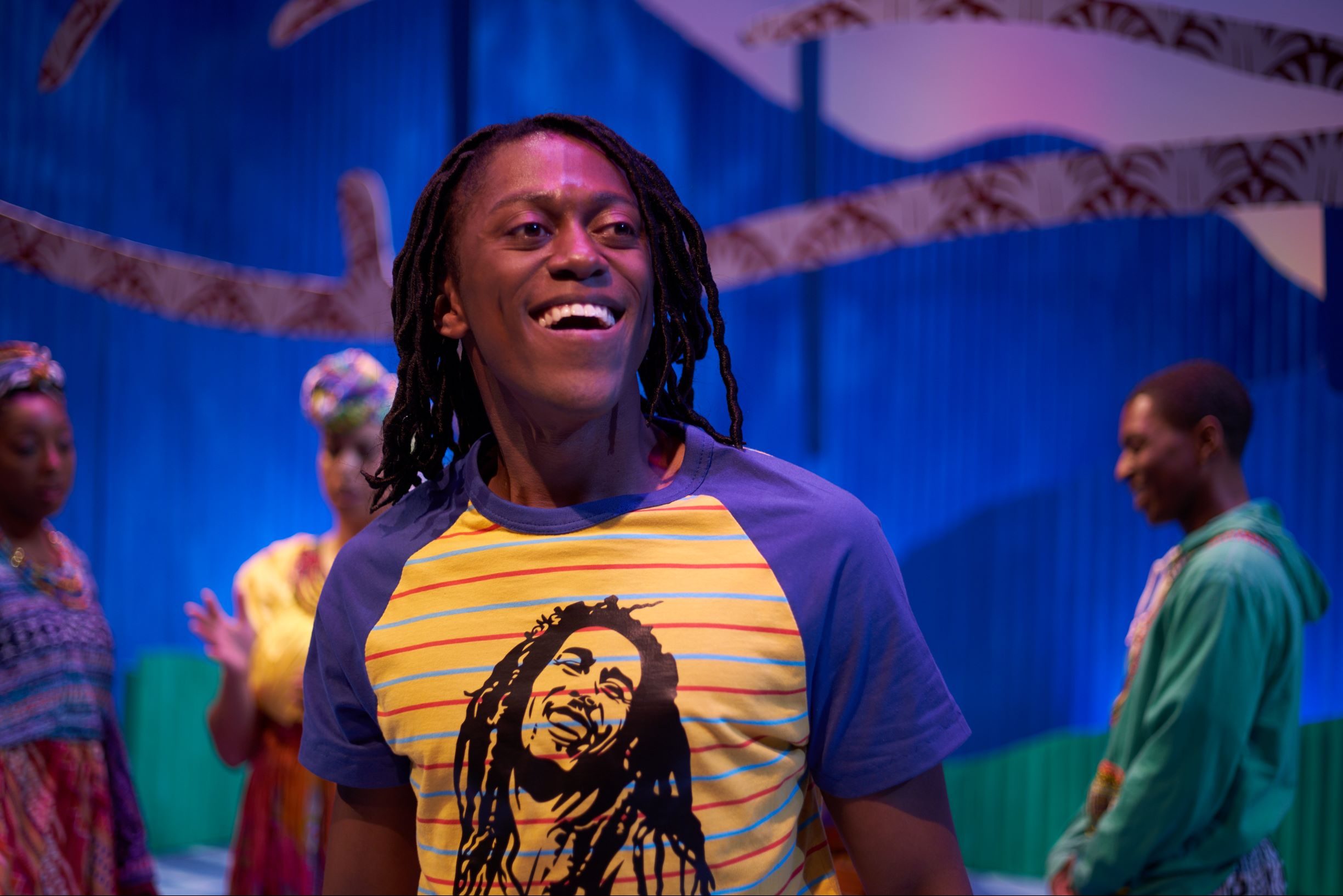 The Children’s Theatre of Charlotte celebrates Jamaican culture and the legacy of famed musician Bob Marley with its production of Three Little Birds, a fun and immersive experience based on Marley’s 1980 song of the same name. The show opens on Feb. 8.

The plot follows Ziggy, a timid young Jamaican boy, as he ventures across the island. Bob Marley’s music is performed throughout the show by a group of talented actors who embody the spirit of Jamaica, from the dancing to the dialects. The production is helmed by director Dr. Shondrika Moss-Bouldin and artistic director Adam Burke.

“It is more than just a musical. It’s an experience,” Moss-Bouldin said. “We really want people to immerse themselves in the culture of Jamaica and Bob Marley’s music.”

The team also wants the audience to participate in the show. Moss-Bouldin says guests should “share in the story instead of being passive listeners.” Some will have the chance to be part of the show alongside the actors.

A tribute to the reggae legend during Black History Month

“This show really brings so much joy, and it’s very empowering to be a part of an all-Black cast with Black leads in our creative team,” Jackson said.

Actress Janeta Jackson, who plays Tacoomah Track, expects the crowd to enjoy the play because she had fun preparing for it.

“It’s a lot of moving, a lot of dancing, but it’s also a lot of fun. Once you get all the notes in your head, and all the lines out of the way, we’re really just on stage jamming and having a good time,” she said.

From the music to the dancing, this production will leave a lasting impression that’ll have you singing “Every little thing is gonna be alright” as you walk out of the theater.

Three Little Birds runs through Feb. 24 at the Children’s Theatre of Charlotte inside of ImaginOn: The Joe and Joan Martin Center. Purchase tickets at ctcharlotte.org.