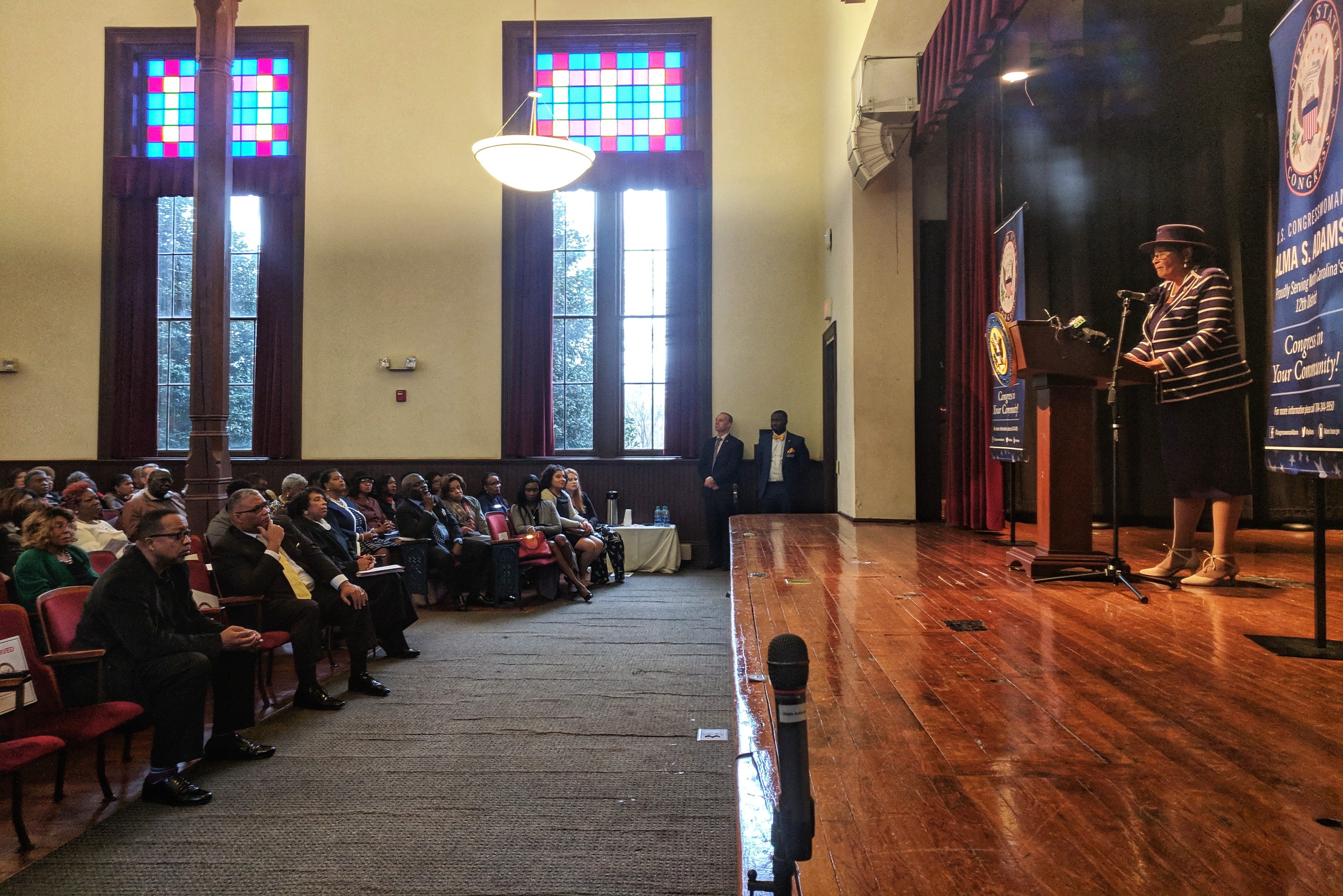 The partial government shutdown has ended, for now. It’s no surprise that the 35-day closure and its effects were a major focus for U.S. Rep. Alma Adams during her State of the District address on Sunday evening at Johnson C. Smith University.

“They’re still terrified because we don’t know what’s going to happen in the next 21 days,” she said. “But, their messages were clear that they could not wait for government to perform its most basic functions, so we shut that shutdown down.”

Adams acknowledged the challenges facing border safety — the driving force behind the government closure — but stated that comprehensive immigration reform was “the only true solution.” On Economic Mobility and Affordable Housing

“Working hard is not enough if you don’t make enough.” Adams drew applause as she talked about upward mobility and raising minimum wage to a living wage.

Adams says living wages are important because affordable housing continues to be one of her top priorities. She quoted Mayor Vi Lyles in agreement that “if you work in Charlotte, you should be able to afford to live in Charlotte.

As a new member of the House Financial Services Committee led by Rep. Maxine Waters (D-CA), Adams pledges to support citizens path to homeownership and access to affordable, quality housing.

On Gun Control and Criminal Justice

She criticized the administration for not addressing gun control after the trend of mass shootings happening across the country. With 57 homicides reported in Mecklenburg County last year, Adams says that domestic and gun violence are also issues felt locally.

“We don’t need any more thoughts and prayers and those one-minute silences on the floor of the U.S. House,” she said.

This year, Adams says she will introduce legislation to strengthen background checks and close gun show loopholes as precautions to allowing guns into the wrong hands.

“Crime prevention and equitable justice go hand in hand,” according to the congresswoman. The downside of the criminal justice system particularly affects minorities and the poor. Adams says data is needed from the state and local governments to learn the scope of the problems in efforts to address at the federal level.