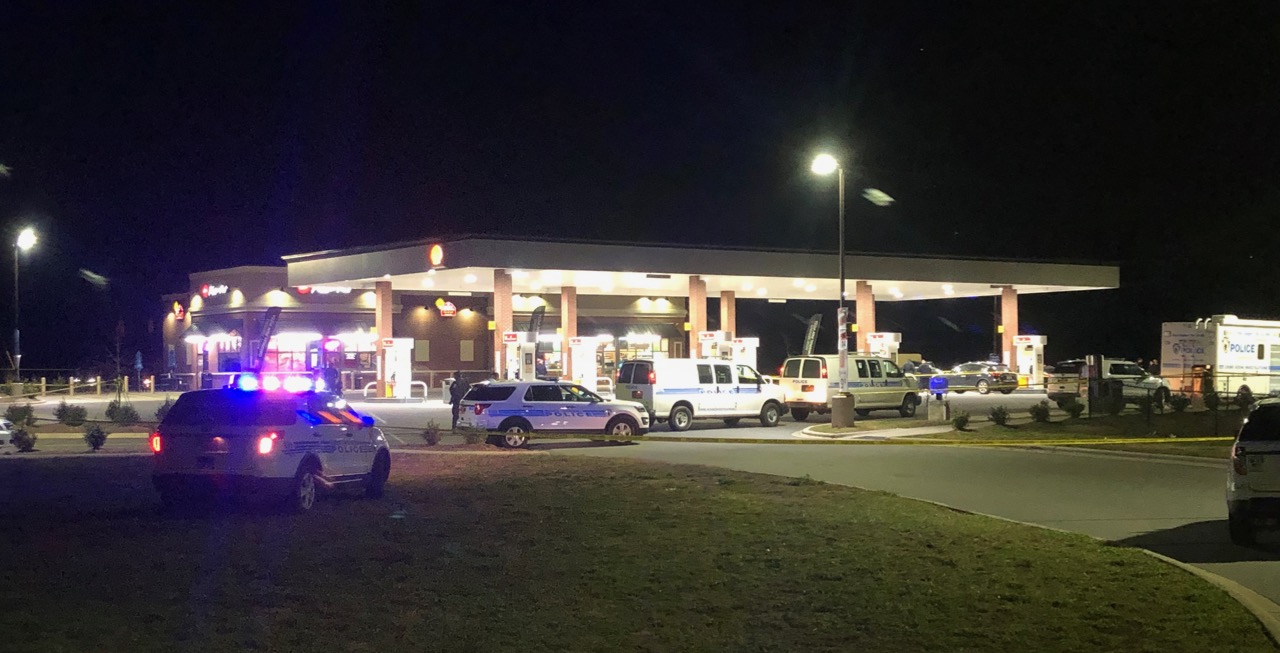 Charlotte-Mecklenburg police at the scene of a fatal shooting outside a convenience store in northeast Charlotte, January 27, 2019. (Photo: Qcitymetro.com)

Police late Sunday were investigating a fatal shooting outside a convenience store in northeast Charlotte – the city’s third homicide of the weekend.

The shooting was reported at 6.42 p.m. outside a Shell gas station and convenience store in the 13700 block of Mallard Creek Road. When police arrived, they found a man lying near a gas pump with an apparent gunshot wound. Paramedics pronounced him dead at the scene.

Authorities later identified the victim as Patrick Alonzo Alston, 36. Police did not mention a motive or suspect in the case.

The killing follows two shootings late Friday that ended the lives of a 63-year-old woman and a 22-year-old man.

Editor’s Note: This article was updated to include the victim’s name.