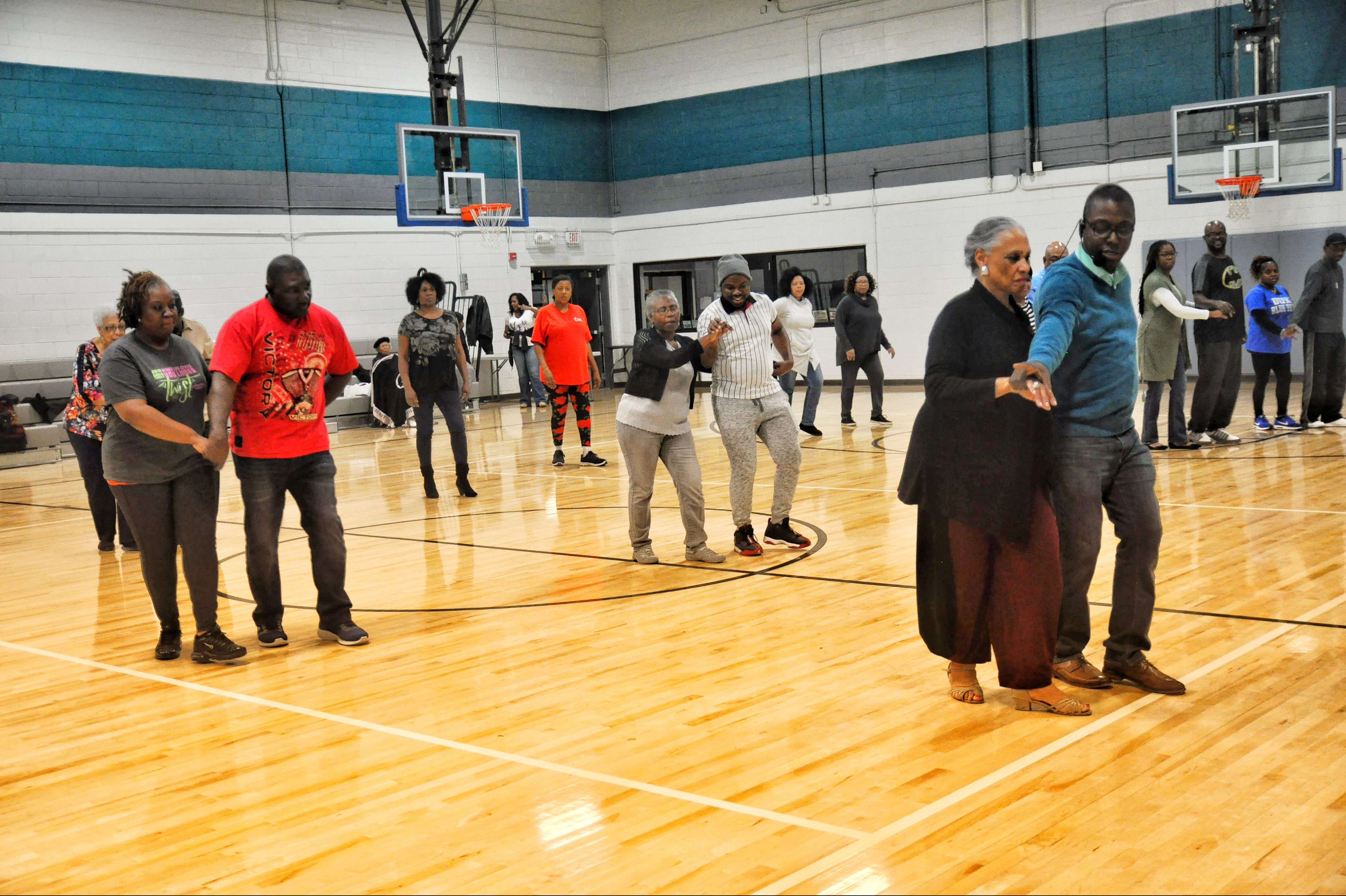 Looking for an alternative to the traditional nightlife scene? The Purple Charlotte Steppers Club may be the best step for expanding your social repertoire.

Co-founded in 2004 by Johnson C. Smith University graduate Demond Carter and the late William Brown, the social dance club began as a one-time event before evolving into a growing dance community.

“I suggested that William host a cabaret and ongoing classes based on my experiences of growing up in Cleveland,” said Carter, who serves as the organization’s executive director. He describes Cleveland’s social scene as one with a strong dance component where “social dancing” was common.

Since that inaugural event in 2004 — and subsequent dance class in 2005 — the Purple Charlotte Steppers has served 12,000 individuals through its weekly programming. Styles include line dancing, Chicago Steppin’ and Detroit Ballroom. Couples can also freestyle during an open dance schedule.

Two-stepping for all levels

For beginners
Their Steppin’ N2 Health initiative takes beginning-level dancers through 10-week rotations of line dancing and urban ballroom routines. The program is a partnership with the Arts & Science Council, Mecklenburg County Parks & Recreation and the Charlotte-Mecklenburg Public Library.

For intermediate and advanced dancers

Membership is available for those wanting a more advanced experience. Each class includes a line dance warm-up, 45 minutes of Chicago Steppin’ followed by 45 minutes of Detroit Ballroom. Dancers can show off their moves during an open dance portion.

“Every adult should put dancing in their toolbox,” says John Taariq, a Greensboro native who began attending classes roughly a year ago. “Even if you’re already confident, this will take you way up.”

Participants have the opportunity to compete nationally and internationally with connections to the dance club. Each year, Purple Charlotte Steppers hosts the Titans of the Dance Floor competition for members of the social dance community. Additionally, Carter serves as an instructor during the annual International Swing Dance Competition in Houston.

For youth
An ongoing partnership with Charlotte-Mecklenburg Schools brings line dancing to students. Parents can contact their child’s school to request after-school classes.

And beginning in June, Purple Charlotte Steppers will launch a debutante/junior ballroom program for young men and women, ages 12-17.

Interested in having a firsthand experience with the Purple Charlotte Steppers? Check out a free class as part of ASC’s annual Connect with Culture Days, an event bringing approximately 80 cultural experiences to neighborhoods throughout Charlotte-Mecklenburg over two days.