She was the first opera singer to perform at the Soul Train Awards, now she’s starring in Opera Carolina’s ‘Carmen’

Songbird Alyson Cambridge debuts in the Opera Carolina production as Carmen, a character also portrayed by Dorothy Dandridge and Beyonce. 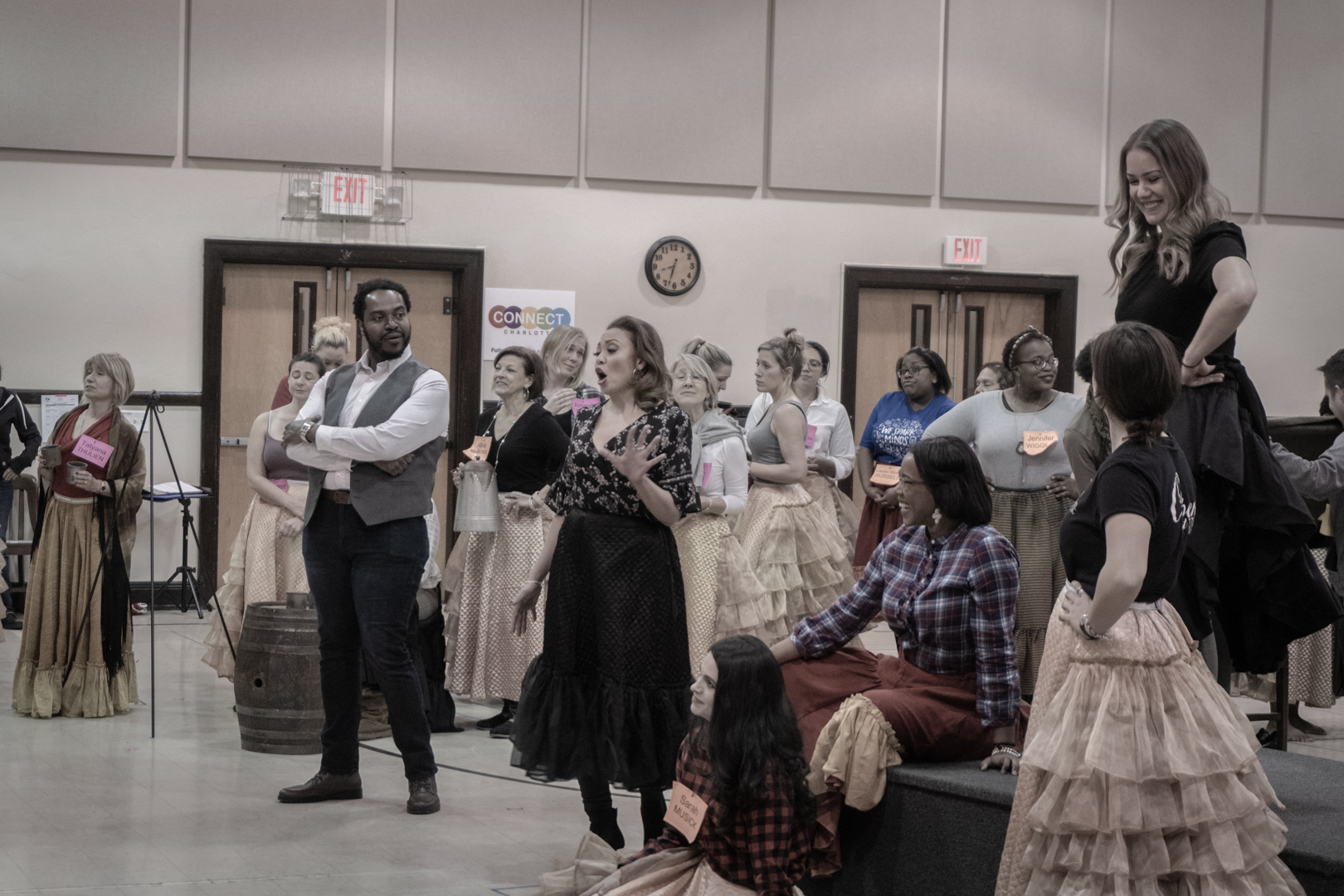 Now that I’m older, wiser and possess a slightly longer attention span, it seems worthwhile to give opera another try. I grew up loving the performing arts, specifically musical theater, but I always stopped short of venturing into opera. Although I could name a handful of famous sopranos with connections to the genre — like Leontyne Price, Marian Anderson and Audra McDonald — the productions didn’t seem accessible or relatable to me.

Opera Carolina’s production of Carmen is coming to Charlotte this weekend, and if I’m going to give it another try, this is the production to do it. It’s all thanks to Dorothy Dandridge. Her portrayal as Carmen Jones in the 1954 musical film was my introduction to the original score composed by Georges Bizet in 1875. I’ve lost count how many times I’ve seen Carmen Jones.

Beginning Jan. 19, American soprano Alyson Cambridge makes her Opera Carolina debut as Carmen. Cambridge has performed on some of the biggest stages like The Metropolitan Opera and Carnegie Hall. She was also the first opera singer to perform at the Soul Train Music Awards.

Cambridge, who once said that she wanted people to see her as a “terrific singer and a wonderful lyric soprano” rather than “a wonderful black soprano,” spoke to Qcitymetro about pride in her heritage, diversity in opera, her love of fitness, fashion and more.

*Questions and answers have been lightly edited for brevity and clarity.

Some may recognize Carmen as the Broadway musical Carmen Jones with Harry Belafonte and Dorothy Dandridge or the hip-hopera with Beyonce, why do you think the story connects across so many audiences?

Firstly, I think it is important to note that opera Carmen by Georges Bizet is the original story and music from which all other incarnations have been developed. For those who may not know, Carmen Jones and the MTV hip-hopera version all use the original music from Bizet and change the lyrics from French to to English. It added other elements to appeal to today’s popular musical landscape.

Carmen speaks to the timeless and incredible music that resonates with everyone. In many ways, it is the perfect opera and perfect dramatic story that can be told in different ways. The melodies are immediately recognizable. The plot and characters tell a story that include passion, humor, tragedy, fear, manipulation, love, lust and so much more.

Your performance at the 2014 Soul Train Awards was another great way to fuse opera with hip-hop. How did you feel about the experience? What piece were you singing?

I sang an excerpt from the famous aria, Quando m’en vo, from Puccini’s opera La Boheme.

I was honored to be the first opera singer ever to be featured on the Soul Train Awards. When the producers asked me to be involved and shared their opera/hip-hop fusion idea, I was instantly intrigued and on board to bring it to life. What I loved most about the experience, and why I think it was so important, is that I was able to bring opera to millions of viewers who may have never been exposed to it before — shattering misconceptions and stereotypes of what an opera singer looks and sounds like while showing that opera can be current, cool and for everyone.

Do you identify as biracial?

I do identify as biracial. My father is Guyanese and my mother is Danish/Norwegian. I am first-generation [American] on my father’s side. He was born and raised in Guyana and came to the U.S. for college, where he met my mother.

In the racially-charged and conscious world we live in, I feel that people are particularly fascinated with labels and how people self-identify. Since I was a child, I have identified as biracial (when asked). That does not mean that I don’t also identify as Black. I do. I am Caribbean-American. I am African-American. I am Black and European. I am all of those things, and proudly so.

In a 2010 article, you said that you want people to look at you professionally as a “terrific singer and a wonderful lyric soprano” rather than “a wonderful black soprano.” Do you feel that’s still common in spaces where you don’t see many Black artists?

I am happy to see diversity within the opera world has increased, particularly over the past 5-7 years. I think that “color-blind” or “color-sensitive” casting that has become mainstream in other performance industries such as film, television and Broadway, has had an impact on opera. I am thankful to directors and conductors who are hiring and vouching for singers based on their talents, and not overlooking artists because they don’t fit into a traditional European mold or look from which most of opera is derived.

I recall early in my career I was often the only singer of color within a cast. And yes, I would be asked questions like, “What is it like to be a Black Mimi [in La Boheme]?” I don’t get those questions anymore. I am a singer and want people to enjoy my performances, my voice, my musicality… none of which should be dependent upon the color of my skin. It goes to show, again, that opera is for everyone, and is performed by people of all ethnicities and backgrounds.

We’re in a time where it matters that diversity is represented. It’s inspiring to see those who are part of Black culture represented in opera. What does that mean to you?

I am proud to be a representative of the diverse landscape in opera. I have made calculated career decisions on which roles to take or not to take as not to pigeonhole myself in roles considered to be only for Black singers. I am in a place now, gratefully, in my career where I can sing those roles I want, without the fear of stigma or pigeonholing.

One of my favorite operas, and roles, is Bess in Porgy and Bess. I am so thrilled not only to have been able to play this role — and have several upcoming productions — but also to see more opera companies, now more than ever, that are producing it and telling this incredible touching, real, gritty and poignant story of the African-American experience and culture.

You’re an avid runner, correct? Is it still between 6-10 miles/day? Have you had a chance to run while in Charlotte?

I am indeed an avid runner and find a way to run no matter where I am! It is sort of my form of meditation. I will run for miles and miles as a way to clear my head, “zone out,” and get centered. It’s a bit cold here in Charlotte to run outside, but I have been getting in my runs and workouts daily at Club Fitness. If I can’t find a trail, or the weather isn’t cooperating, then the treadmill is my friend!

Your bio says that you have a penchant for fashion. How do you describe your style? What’s your one fashion must-have?

I love fashion! I’d say my style on a daily basis tends to be sophisticated chic, with an edge. I always like to keep it classy, but also love to take risks. It may be with color, a bold print, texture, a super short hemline or statement piece. My winter wardrobe must-haves currently include black leather leggings, lots of bold color tops, too many leather jackets to count, and my current favorite wide-brimmed hat. I love a good hat!

Carmen also stars UNC Charlotte professor Carl Dupont who plays Lt. Zuniga. Have you had a chance to rehearse together?

Carl and I have several scenes together. He is a wonderful singer and such a lovely colleague. It is a real pleasure to share the stage with him.

Carmen opens on Jan. 19 at Belk Theater, with other performances on Jan. 20 and Jan. 24. Tickets available at carolinatix.org. 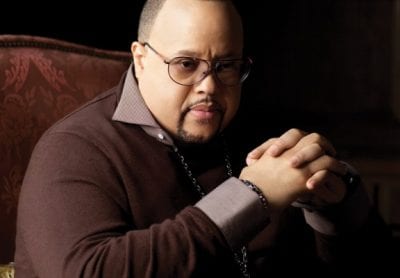 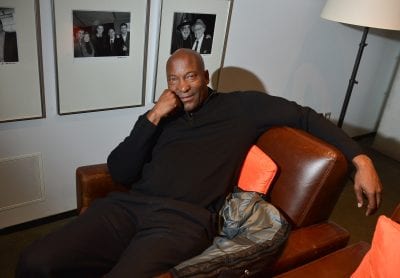 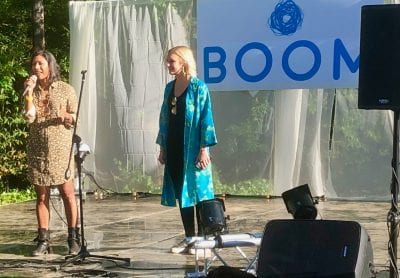