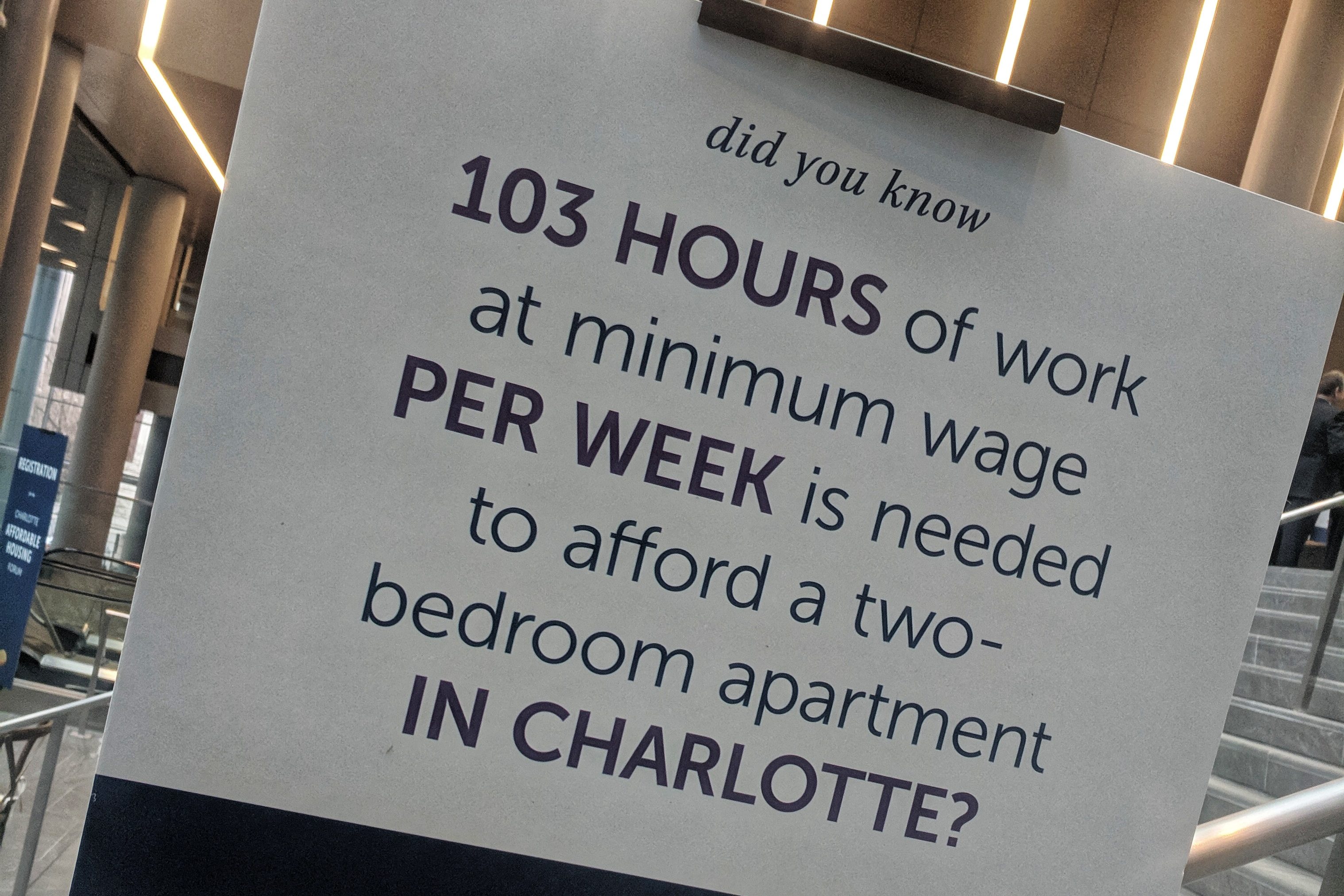 Leaders from Bank of America, Ally Financial and Barings revealed details on Tuesday during the Charlotte Affordable Housing Forum, which includes:

Housing costs are soaring while wages are moving at a snail’s pace.

Stairs leading up to the event held at One Bank of America Center were lined with posters displaying sad realities. One statistic said that median household income has risen 2 percent in Charlotte since 2005, while the average monthly rent has increased 16 percent. Another stated that 103 hours of work at minimum wage is needed to afford a two-bedroom apartment in Charlotte.

“We’re never going to be successful if we try to govern ourselves into a solution for affordable housing,” Mayor Vi Lyles spoke on a panel at the event. The mayor said that public-partnerships are critical to achieve affordable housing for everyone.

Ally Financial CEO Jeff Brown hopes the major donations are a rallying cry for the business community to join in addressing the city’s needs for housing. The Charlotte area has witnessed explosive growth over the past two decades, driving housing costs up and creating a shortage of affordable homes for low- to moderate-income families.

There’s still work to be done

Despite the millions in donations, it’s still considered a “drop in the bucket” to some. City council member Justin Harlow believes affordable housing is a $1 billion dollar issue as people continue to move into the area.

“This isn’t going to be ‘we created a couple thousand units and we’re done,’” he said. ”It’s about how do we best employ this money. We can’t mess this up.”

However, those most impacted usually aren’t at the table for these kinds of announcements. In front of the audience filled with corporate, nonprofit and philanthropic leaders, Lyles noted that community members “feel locked out of the dialogue” and they must have opportunities to be at the table.

Along with building new housing, preserving older homes and using a “comprehensive community development approach” will be a large component, according to LISC CEO Maurice Jones.

“It’s not just housing, it’s all the things that you have to include with housing to truly get communities of opportunity. We want every neighborhood to be producing and enjoying the growth of the city.”