I made it out to one of the more anticipated Charlotte Hornets home games this season. The Los Angeles Lakers […] 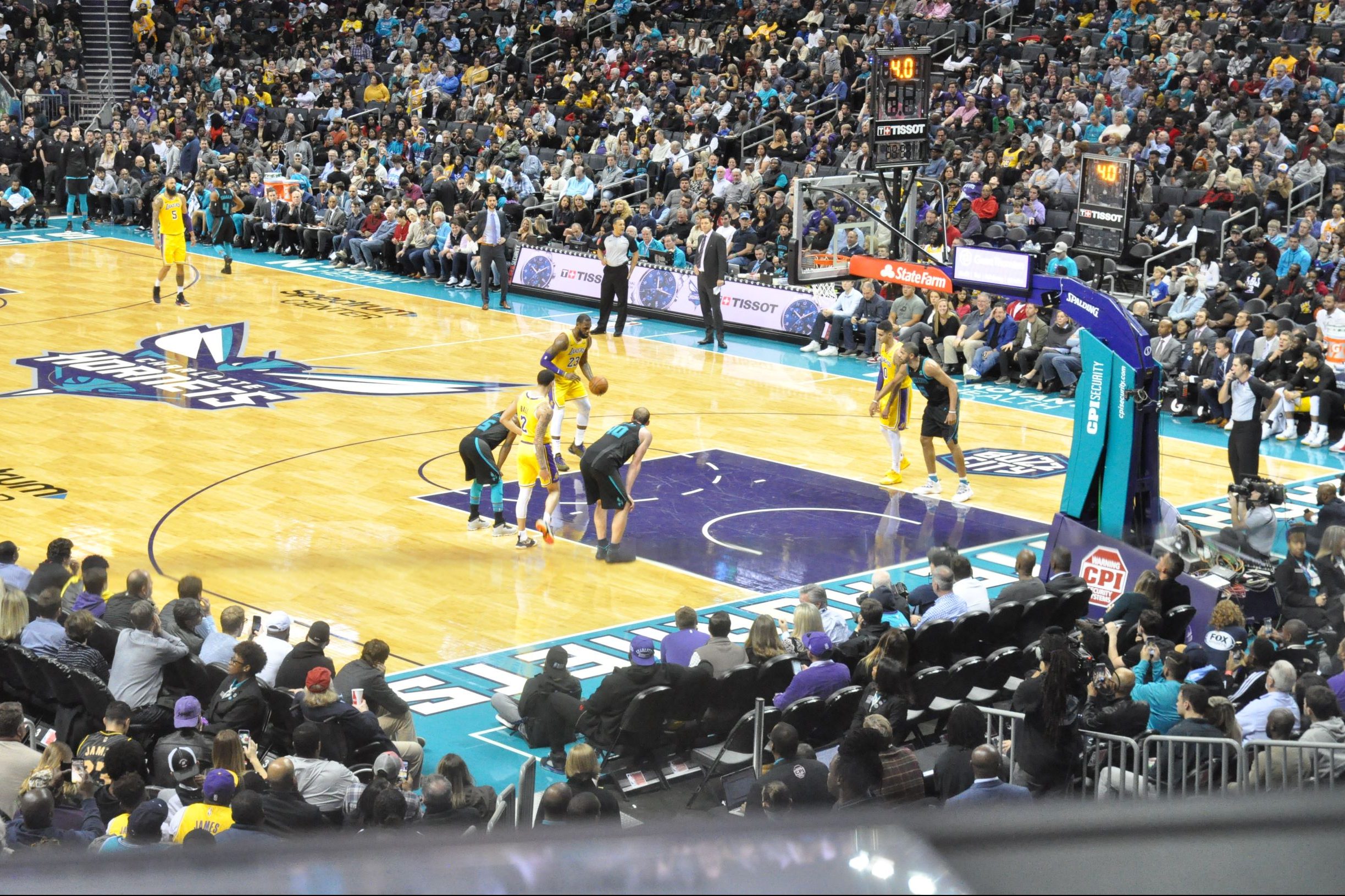 I made it out to one of the more anticipated Charlotte Hornets home games this season. The Los Angeles Lakers arrived in town on Saturday for their only regular season visit, the first with LeBron James as a Laker. Here are five takeaways worth noting.

I’m not sure if they were trying to impress Michael Jordan, but LeBron James and his teammates put on a show during pregame warm-ups and delivered an All-Star Weekend caliber performance during the game. James and Lonzo Ball both finished with triple-doubles — the first teammates to do it in the same game since Jason Kidd and Vince Carter achieved it as members of the New Jersey Nets in 2007. The Lakers put the game away in the third quarter and cruised to a 128-100 victory.

The Hornets resemble their record…about average. Fortunately, that’s likely good enough for a lower seed in the Eastern Conference but probably a first round exit. Will the Hornets try to upgrade its roster before the trade deadline?

On a night when the majority of the starters struggled — including Kemba Walker who finished with four points — second-year guard Malik Monk and rookie forward Miles Bridges were a spark off the bench. They scored a combined 19 first-half points, cutting the Lakers’ lead to single digits at the end of the second quarter. Maybe it was that MJ motivation.

When LeBron comes to town, it’s expected to see opposing fans fill up the arena. There was a good amount of purple and gold No. 23 jerseys inside The Hive. The Hornets had something ready for those “fans” during a timeout in the first quarter.

After 15 years on the Hornets and Bobcats TV broadcasts, Stephanie Ready is moving on to a new job that has yet to be announced. Ready is a trailblazer for women in sports broadcasting. Starting as a sideline reporter in 2004, she became the NBA’s first full-time female game analyst in 2015. In a controversial move, she was put back on the sidelines last season. She shared an emotional goodbye during her last game.

Grab some tissues: @StephanieReady‘s emotional farewell to our @Hornets broadcast is well worth your time. pic.twitter.com/3pH8RTqhrr