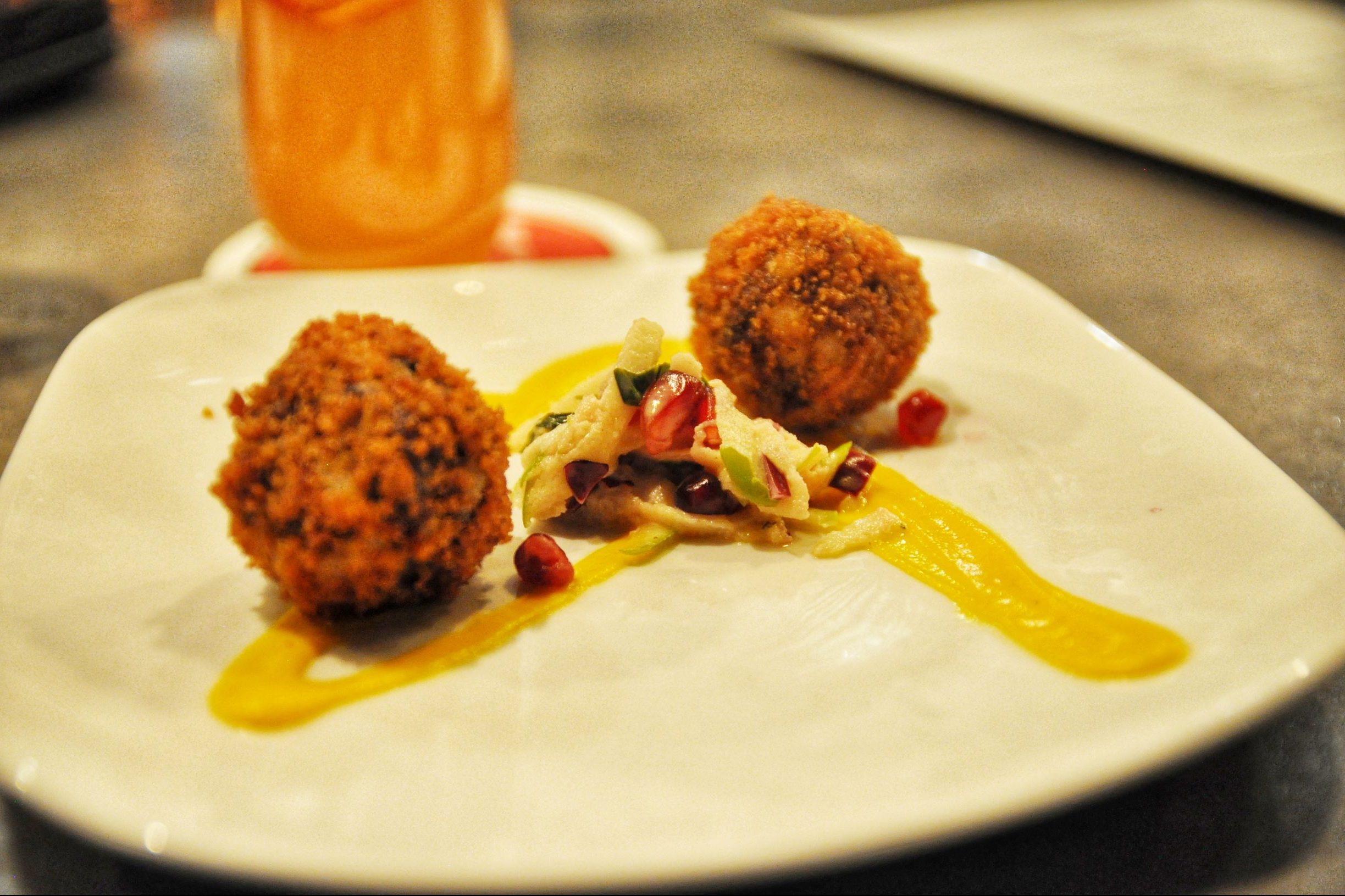 When Deborah VanTrece sat down at the bar at Loft & Cellar on Wednesday night, she was prepared for an experience. You see, VanTrece had traveled roughly 3 ½ hours from Atlanta to Charlotte to eat some good soul food. The kind that was on the menu at Soul Food Sessions’ Soul Sisters event. VanTrece has the expertise to judge good soul food as the owner/executive chef of Twisted Soul Cookhouse & Pours in Atlanta. But that night, she was a guest supporting Black female chefs.

“I’ve been in this business a long time, and I get a lot of accolades now, but it took me way too long to get them,” said VanTrece, whose popular restaurant was featured on Cooking Channel’s Late Nite Eats. “Anything I can do to help promote young African-American female chefs in this industry, and other people of color, I’m all about that.”

Soul Sisters paid homage to the “Black granny” figure, revered in the Black community as the originators of soul food. Greg Collier, executive chef at Loft & Cellar and a founding member of Soul Food Sessions, said the evening was an effort to dispel the myth that Black women’s soul food is synonymous with only collard greens and chitterlings.

“Black women can cook, period,” he stated. “These women have a skill set that’s on a level of all chefs, not just Black chefs. That’s what we’re celebrating.”

The squad of eight up-and-coming chefs each selected a famous muse who collectively inspired a six-course upscale menu for 70 guests. And instead of wine pairings, two mixologists crafted three cocktails as nuanced as the food.

One by one, each chef followed the tastings with an explanation about how she created her dish based on her muse. Chef Chianti Peek chose R&B songstress Anita Baker.

“She sings with love. She sings from the heart. That’s how I feel about cooking,” Peek explained. Her sweet potato grit cake with rum-braised kale greens and citrus cranberry reduction was like a bite of Thanksgiving on a spoon.

While patrons dined under dim lights and a funky playlist, they were encouraged to participate in conversation starters placed at each setting.

“It is a struggle for equality in this business, and I want to be a part of the conversation,” VanTrece said. Questions like “What can you do to realize more equality in the culinary industry?” kept the night’s purpose at the forefront.

The affair put an exclamation point on a year that continued Soul Food Sessions’ mission to acknowledge and support people of color in the culinary industry. In addition to local gatherings, the team partnered with Coca-Cola Consolidated for “The Table is Set” series. The tour traveled to Washington D.C., Baltimore and Charleston, S.C., featuring minority chefs based in those cities.

Their events are hot tickets for local foodies and those willing to travel. Soul Sister tickets sold out in two weeks — making it the group’s second fastest-selling event, according to Chef Michael Bowling.

In addition to Collier and Bowling, Chefs Greg Williams and Jamie Barnes are the other male founding members; pastry chef Jamie Turner is the lone woman in the kitchen. At any other event, the four guys would typically join Turner in their chef coats. On that night, they blended in as guests enjoying the woman-led meal service. Subrina Collier, co-owner of The Yolk, managed the front of the house that included Johnson & Wales University culinary students who stepped in as servers. Part of ticket sales goes toward scholarships for student chefs.

The night ended with a standing ovation for the ladies. I had a hard time choosing my favorite dish, so I put the pressure on another guest to make that decision. Sabrina Clark wavered between Peek’s appetizer and Chef Ashley Nightengale’s pomegranate molasses BBQ lamb with couscous arancini, charred bok choy and apple slaw with a roasted carrot drizzle. Nightengale’s muse was Brittany Howard, lead singer of blues-rock band Alabama Shakes.

“To personify [the muses] into a dish took talent and innovation. These ladies delivered,” Clark said. “But, I can’t decide. Give me a to-go plate with both and I’m a happy girl.”