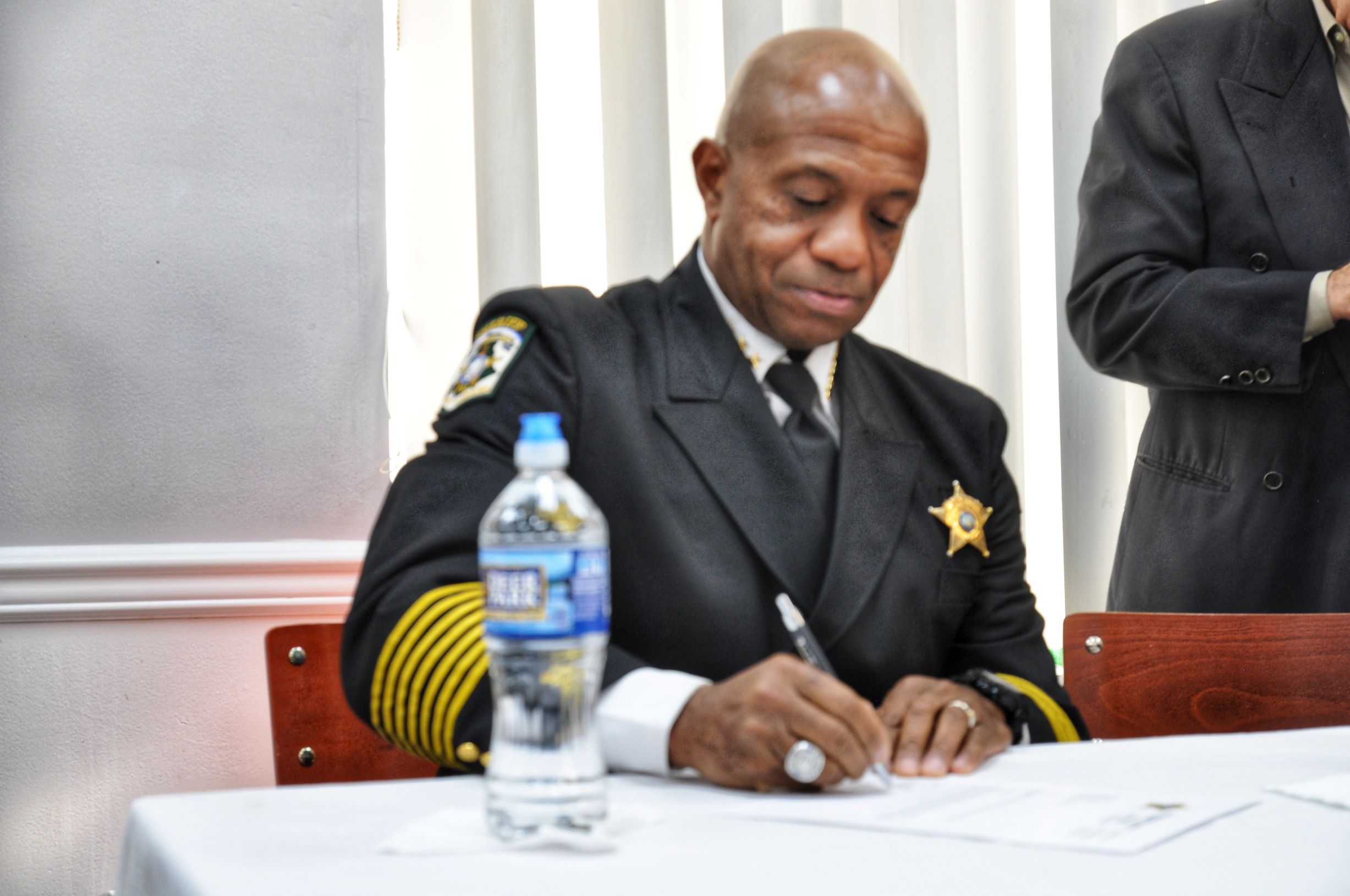 On Garry McFadden’s first day as Mecklenburg County Sheriff, he notified the U.S. Immigration and Customs Enforcement (ICE) that he was ending the county’s voluntary 287(g) agreement, according to a media release.

The controversial program allowed deputies to check the immigration status of those booked into the Mecklenburg County Jail. ICE was notified if the person was in the country illegally.

Ending the program reflects a pledge Sheriff McFadden made while running for the office.

“Today I’m ending ICE’s 287(g) program in Mecklenburg County and joining the majority of police and sheriff departments around the country who have declined to do ICE’s bidding because it erodes trust with our community and ties up critical resources that should be used to ensure public safety,” said Sheriff McFadden.

Still unclear is what impact the change will have. In ending the program, Mecklenburg County Sheriff’s Office employees will stop performing immigration-enforcement duties inside the county’s jail, according to the Charlotte Observer. However, McFadden could continue to give ICE officials limited access to the jail.

Under terms of the agreement, McFadden must give a written termination notice to ICE’s Atlanta field office, and termination would take effect as soon as ICE received that notice, the Observer reported.

The 287(g) program has been a source of controversy nationwide. Pro-immigration activists and some law enforcement leaders say the program sews seeds of distrust between local law enforcement agencies and immigrant communities.

Prior to its ending, Mecklenburg County was one of only approximately 78 counties nationwide—out of more than 3,000—that voluntarily agreed to participate in the program.