Three days after a gunman killed 11 worshipers inside a Jewish center in Pittsburgh, members of Charlotte’s faith community came […] 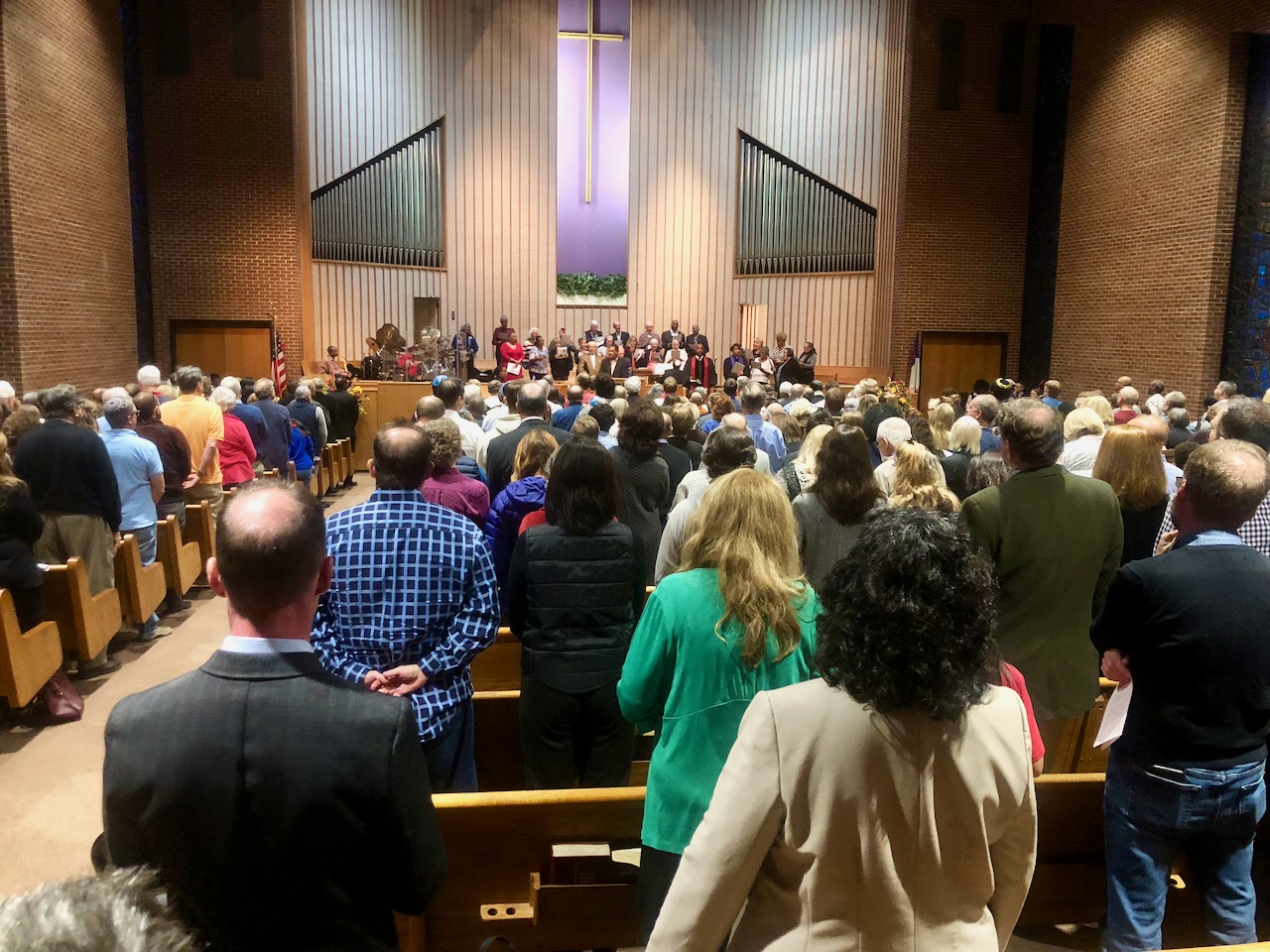 Three days after a gunman killed 11 worshipers inside a Jewish center in Pittsburgh, members of Charlotte’s faith community came together Tuesday night to denounce all forms of violence and bigotry.

The Rev. Fred Robinson, executive director of MeckMin, said the event was held to demonstrate love and support for “a community in pain.”

“To attack the innocent in their house of worship is the ultimate act of barbarism,” he told the overflow crowd, “and we’ve come to let you know that you don’t have to stand alone in this fight against evil.”

Speakers also called the names of others who have died in recent acts of violence — Bobby McKeithen, a 16-year-old sophomore who was killed by another 16-year-old student early Monday at Butler High School; and Maurice Stallard, 69, and Vickie Jones, 67, two black shoppers who were gunned down by a white man at a grocery story in Jeffersontown, Kentucky. A witness said the gunman made a racist remark after he opened fire.

Rabbi Asher Knight of Temple Beth El said the nation must hold accountable those who speak words of hate and division.

“Rhetoric matters,” he said. “…because racism and anti-Semitism and xenophobia and homophobia (are) like a parched forest. When a match is lit, there is enough fuel for a powerful and destructive fire, because prejudice ultimately ends up in violent catastrophe. And haven’t we had enough?”

Knight said the Jewish community in the United States was saddened but not surprised by the deadly attack at the Tree of Life Center in Pittsburgh.

“…We have known for some time that something like this would happen, because it has been happening over and over again,” he said. “What happened in Pittsburgh is a symptom of a deep and profound and long-simmering illness.

“…We’ve seen the same type of hate lead to acts of violence against Muslims…in Sikh and Hindu temples and African American churches and other churches as well,” he said.

Knight said “silence kills,” and he admonished those in attendance to speak out against all forms of hate, whether it be based on race, nationality, religion or sexual orientation.

“When a Muslim woman’s hijab is ripped off her head and she is ridiculed, we have to feel the garment pulled off from our bodies too, and we have to stand by her side, fighting for her rights,” he said. “When refugees escape pain and suffering and persecution to make their way to the promise and potential of the United States, we do not raise our fists and tell them to go back into burning buildings. When young black boys and girls are told their lives don’t matter, our dignity is ruptured with theirs, and we stand by their side fighting for their rights.”

The Rev. Ricky A. Woods, senior minister at First Baptist Church-West, said after the service that he felt it was important for Charlotte’s faith community to speak with one voice following the deadly attack in Pittsburgh.

“I think you saw tonight a community coming together from different faith traditions to say…that an attack on any single house of faith is an attack on all houses of faith,” said Woods.