The family of 16-year-old Bobby McKeithen addressed the media Tuesday morning, a day after the teen was killed in a […] 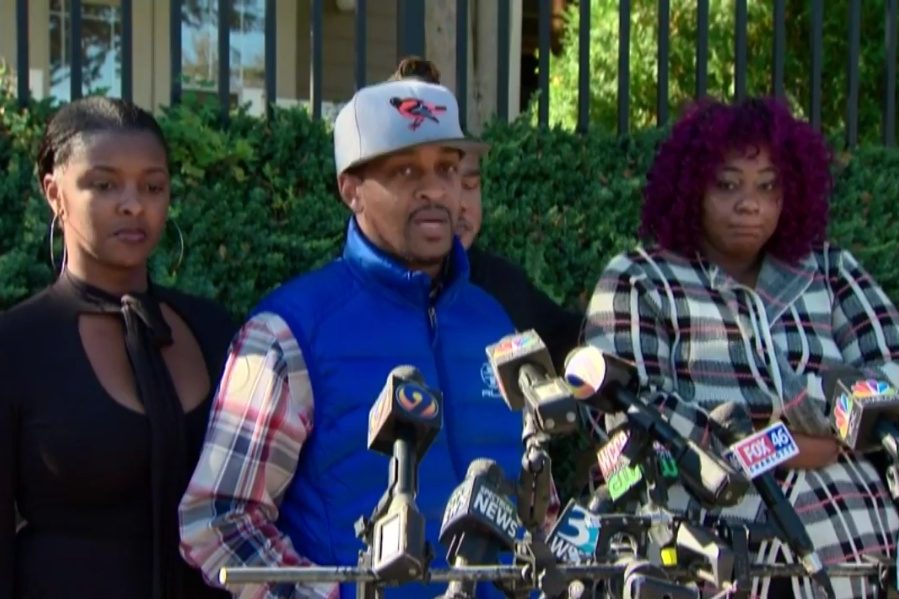 The family of 16-year-old Bobby McKeithen spoke to media at a news conference on Oct. 30.

The family of 16-year-old Bobby McKeithen addressed the media Tuesday morning, a day after the teen was killed in a shooting at Butler High School. Amid the reports that bullying may have been a root cause in McKeithen’s death, the family declared that he was not a bully.

“He had the biggest heart,” Ashley Mewborn, McKeithen’s mother, said during the news conference. She spoke of caring relationships with his siblings, teachers and friends.

Matthews Police Department confirmed that McKeithen died as a result of one gunshot to the torso. The slain teen’s classmate, 16-year-old Jatwan Craig Cuffie, was charged with first-degree murder. Authorities said that the .380 pistol used in the shooting was reported stolen from a vehicle in Gaston County in August.

“My son lost his life over foolishness,” claimed the teen’s father who is also named Bobby McKeithen. “They told us that our son passed. But, no one could tell us that a situation was brewing? That part disturbs me.”