Susan Taylor Batten, president and CEO of the Association of Black Foundation Executives, said black-led organizations must be central to addressing the legacy of racism in America. 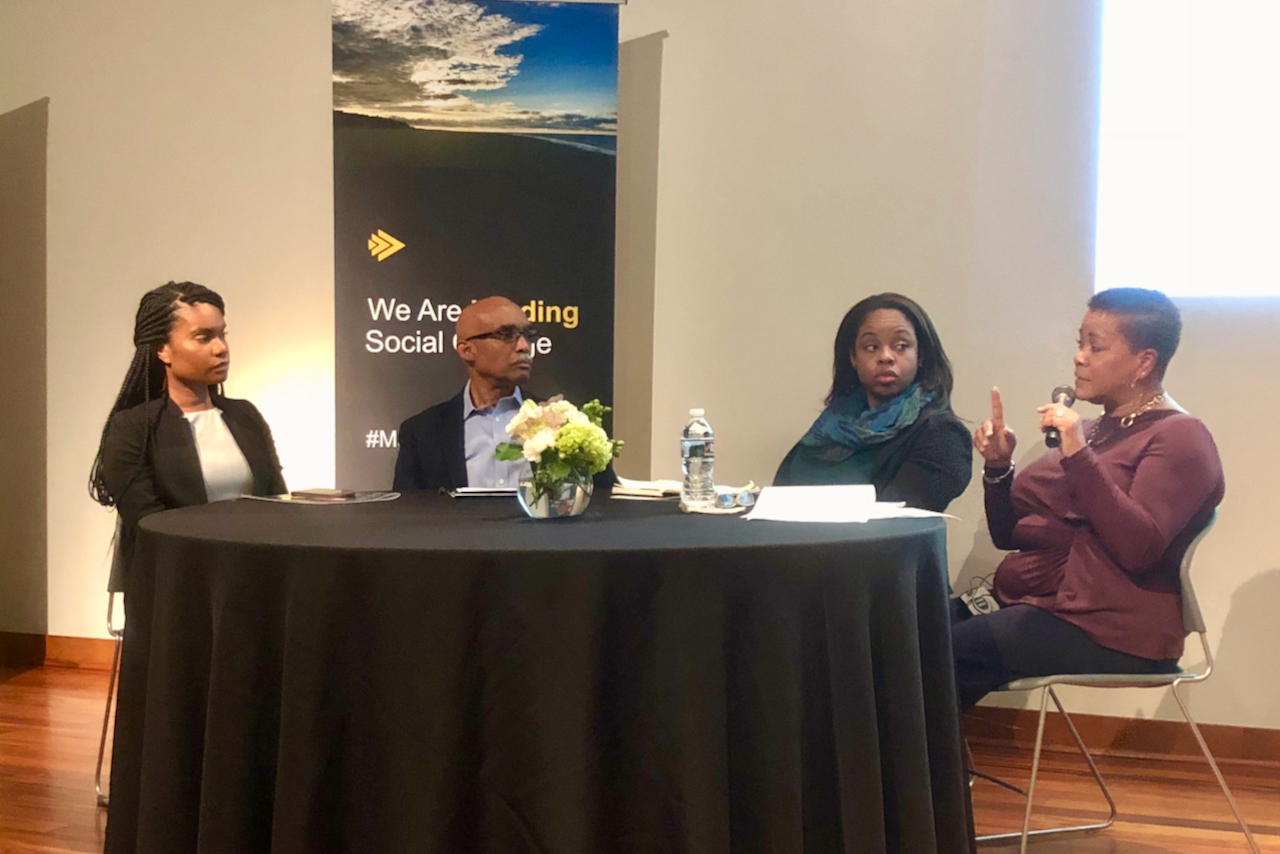 If America is to address the crippling legacy of slavery and racism, more money must be directed toward black-led organizations that are battling for social change, said a leading authority on philanthropic giving.

Of the billions of dollars distributed each year by the nation’s large foundations, less than 2 percent of those funds are given to organizations that are “specifically black-led and organized to uplift black people,” said Susan Taylor Batten, president and CEO of the Association of Black Foundation Executives (ABFE).

Speaking at an event on Thursday, Batten said new figures, soon to be released, will likely show a slight increase in giving to black-led groups, thanks, in part, to attention drawn by the Black Lives Matter Movement. Still, she said, the new numbers are unlikely to show sufficient gains.

ABFE is calling on major foundations to increase their giving to black-led organizations by 25 percent. And at Thursday’s event, hosted by New Generation of African American Philanthropists (NGAAP), Batten also called on black groups in Charlotte and nationally to re-examine their philanthropic efforts.

A case for black-led change

Batten said black-led organizations have taken a lead in nearly every major movement for social change since the abolition of slavery. And the success of those movements, she said, has accrued to other disenfranchised groups as well.

“We’re trying to make the point that black-led organizations historically and currently move agendas that aren’t just about us but actually impact other marginalized groups of other races and ethnicities,” she said. “It’s the notion that if we help the most marginalized, then we can lift boats for all… It’s not just about us; it’s about this entire country.”

Batten said giving more to black-led organizations also is an acknowledgment that “the system of racism was perfected on our backs” and that black Americans remain at or near the bottom in economic and social disparities.

Prior to joining ABFE in 2009, Batten was a senior associate with the Annie E. Casey Foundation, a national organization with a focus on child welfare. She also worked at U. S. Department of Agriculture’s Food and Nutrition Service.

Batten said her work in the philanthropic sector revealed that many of the nation’s leading foundations are still reluctant to discuss racism, preferring instead to address some of the more obvious symptoms of racism. She acknowledges, however, a recent shift among some.

“We have to be explicit about some very tough conversations,” she said. “This country has to acknowledge white supremacy.  It’s not that Latinos don’t face racism. And Native Americans — hell, we just killed them; we just wiped them out. But for (centuries) this country perfected — first through slavery and then Jim Crow and now mass incarceration — a way to control and marginalize black people… We have to be explicit about racism, and black racism in particular.”

During a discussion phase of the event, local residents who are involved in community efforts said more must be done to build capacity in black-led organizations and not just the funding of programs.

Too often, the speakers said, grants given to local organizations are restricted from covering needs such as technology, staffing and facilities.

“It’s kind of like we’re funding Band-Aids when we really want to fund change,” said Keysha Taylor, who chairs the board of directors for the African American Community Foundation (AACF), which is managed by Foundation For The Carolinas.

A call for collaboration

Speakers also called on black-led groups – including sororities and fraternities – to re-examine their giving, noting the number of local groups that each manage scholarship programs.

Taylor said one of the missions of AACF is to pull in some of those groups to pool and target their resources.

“We’ve got to have these conversations ourselves about what drives change,” she said. “How did we get to where we are, and then how do we undo some of the stuff that has been done to us.”