Rae Carruth, despite his tale of woe, is NOT the victim here

Commentary: Gee, it's hard to imagine that y'all aren't doing happy handstands at the prospect of running into Rae in the frozen foods section of your local Piggly Wiggly. 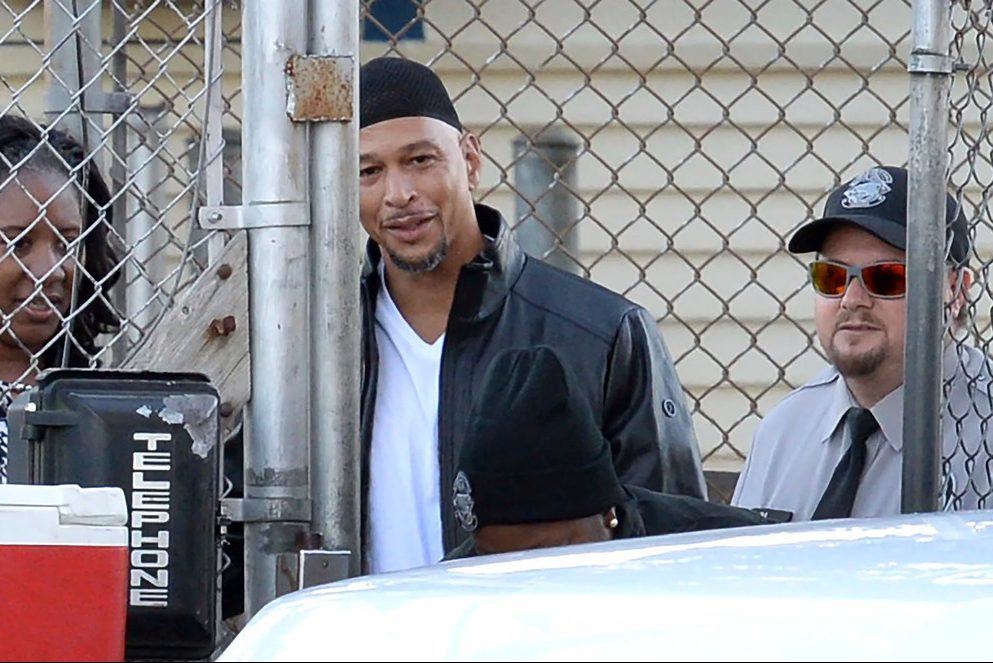 Former NFL player Rae Carruth is a free man after nearly two decades in prison. In 2001, Carruth was convicted of conspiracy to murder his then-pregnant girlfriend. Photo: USA Today

As he left prison recently after completing an 18-year bid for conspiring to kill his pregnant girlfriend, Carruth’s concerns weren’t with apologizing to the woman whose daughter he had killed, or even to the son his act of depravity left mentally and physically disabled.

No, his concern was about all of the “negativity” he anticipates from people who might not know what a swell fellow he is – “swell,” that is, if you haven’t presented him with an undesired pregnancy that would require him to pay child support.

“I’m nervous just about how I’ll be received by the public,” Carruth lamented to a Charlotte TV station as he prepared to leave the prison in Clinton, N.C. “I still have to work. I still have to live. I have to exist out there and it just seems like there is so much hate and negativity toward me.”

Gee, it’s hard to imagine that y’all aren’t doing happy handstands at the prospect of running into Rae in the frozen foods section of your local Piggly Wiggly.

The former footballer did the time the law gave him, and he has the right to be left alone. He does not, however, have the right to put on the helmet and uniform of victimhood.

For the record, Cherica Adams is the name of the victim. She was the woman who made the fatal mistake of getting involved with Carruth when he played for the Carolina Panthers. In much of the coverage about Carruth, her name has been missing or glossed over. So has been the name of his son, the one with whom Cherica was pregnant when a couple of torpedoes – at Carruth’s behest – pulled up beside her and fired several shots into her car.

His name is Chancellor Adams.

Cherica’s mama’s name is Saundra Adams. She’s the heroic woman who has raised the son Rae’s henchmen tried to kill in the womb.

So, while we’re losing sleep over the reception awaiting the ex-wide receiver, let’s think about who is the real victim here.

One of my favorite scenes in moviedom occurred early in Shaft when brutal mob kingpin Bumpy Jonas was expressing dismay that someone might have kidnapped his beloved daughter because of a grudge against him.

“A lotta cats hate my guts,” Bumpy said when Shaft asked who might’ve snatched her.

Shaft – his sarcasm thicker than Richard Roundtree’s mustache – responded “Sweet, lovin’ cat like you? Who could hate you, Bumpy?”

That should be the universal response to Rae Carruth’s sense of wonderment that society didn’t greet him at the prison gate with roses, hosannas and a bottle of Dom.

“Sweet lovin’ cat like you – who’d pay the dude who detailed your car to knock off your pregnant girlfriend because you didn’t want to pay child support?”

“Who could feel negativity toward you, Rae?”

Barry Saunders is the publisher of thesaundersreport.com, where this article originally appeared.