Things to know about the 6 ballot amendments

Midterm elections are near, and polls show that many voters know little about the six amendments on the ballot. 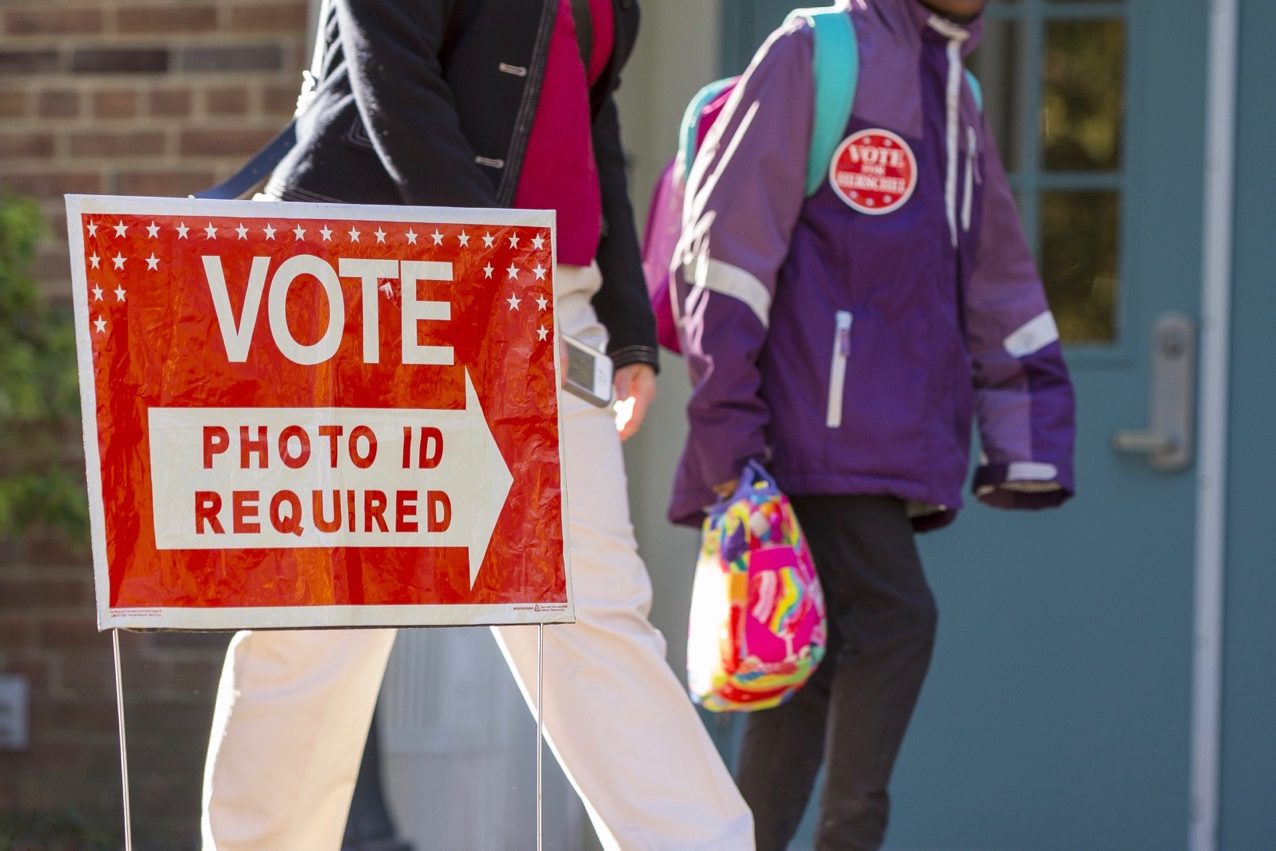 The requirement for voter photo identification is one of six amendments that North Carolina residents will decide during midterm elections. Photo: Shutterstock

North Carolina residents will vote on six proposed amendments during the upcoming midterm elections. If passed, these amendments will become a permanent part of the state Constitution. Only 11 constitutional amendments have made their way onto ballots in the past 30 years; all but one have passed.

The bills have stirred controversy, beginning with the language that voters will see on ballots. It became so polarizing that a judicial panel ordered two of the amendments to be rewritten. Another setback is that surveys show many voters are unaware or confused about what the amendments will enact.

Here is an outline of the six issues covered (in order of the ballot):

1) Protect the right to hunt, fish and harvest wildlife

This amendment would incorporate the right to hunt, fish and harvest wildlife into the state’s version of the bill of rights. This provision seems harmless, however, it doesn’t actually do anything. North Carolina citizens already have the right to hunt and fish. This amendment has the potential to create open season for courts to establish regulatory guidelines on hunting and fishing in North Carolina.

Like the previous one, this bill doesn’t do much. The ballot language does little to show how it differs from the protections already in place for victims of crime.

On the surface, this amendment looks great. Proponents argue that it can potentially lower state taxes. North Carolina’s income tax cap has been set at 10 percent since 1936. However, the state’s current income tax rate is roughly 5.5 percent. Lowering the cap will hamstring future legislatures if taxes ever need to be raised.

“You can’t get blood from a stone.” In other words, the money to pay for essential services has to come from somewhere. It will likely come from increases in property and sales taxes along with cuts to already underfunded public education systems.

4) Change appointment process to state elections and ethics board

It’s known that North Carolina has a weak executive branch, and this is one of the two proposed amendments that will make it weaker by stripping the governor’s power.

Approving this amendment would shift the responsibility of appointing members to the ethics and elections board from the governor to the legislature. It will also remove a ninth independent member, leaving four democrats and four republicans to govern all state elections. Supporters believe the move would preserve impartiality on the board. However, an even split can make it difficult for the board to operate when the ideologies rest along party lines.

This amendment would remove the governor’s ability to appoint judicial vacancies. Instead, the governor would select from two candidates nominated by the legislature. Opponents argue that it increases the power of the legislative branch by diminishing the executive and judicial branches.

Amendments #4 and #5 are unpopular in both major parties. Each of the state’s living governors has been campaigning against them.

Voter fraud has been a favorite dog whistle for those who want to restrict elections. Results from the state’s 2016 election found only one fraudulent vote.

This issue may be the most controversial of the proposed amendments. Supporters view this bill as a way to secure fair elections and prevent fraud. However, the bill is also viewed to unfairly disenfranchise racial minorities, the poor and homeless — groups who don’t own, or may find it hard to obtain, identification cards. At this point, the law doesn’t include which forms of identification will be accepted.

Confirm your voter registration and view your sample ballot here.

Terry Brown Jr. is an attorney and community advocate in Charlotte. He serves as the chair of the John S. Leary Association of Black Attorneys and the host of the Black & Read Podcast.