Angela Strother left her 28-year corporate America career to focus on self-care. It turned into a venture to relieve stress for others. 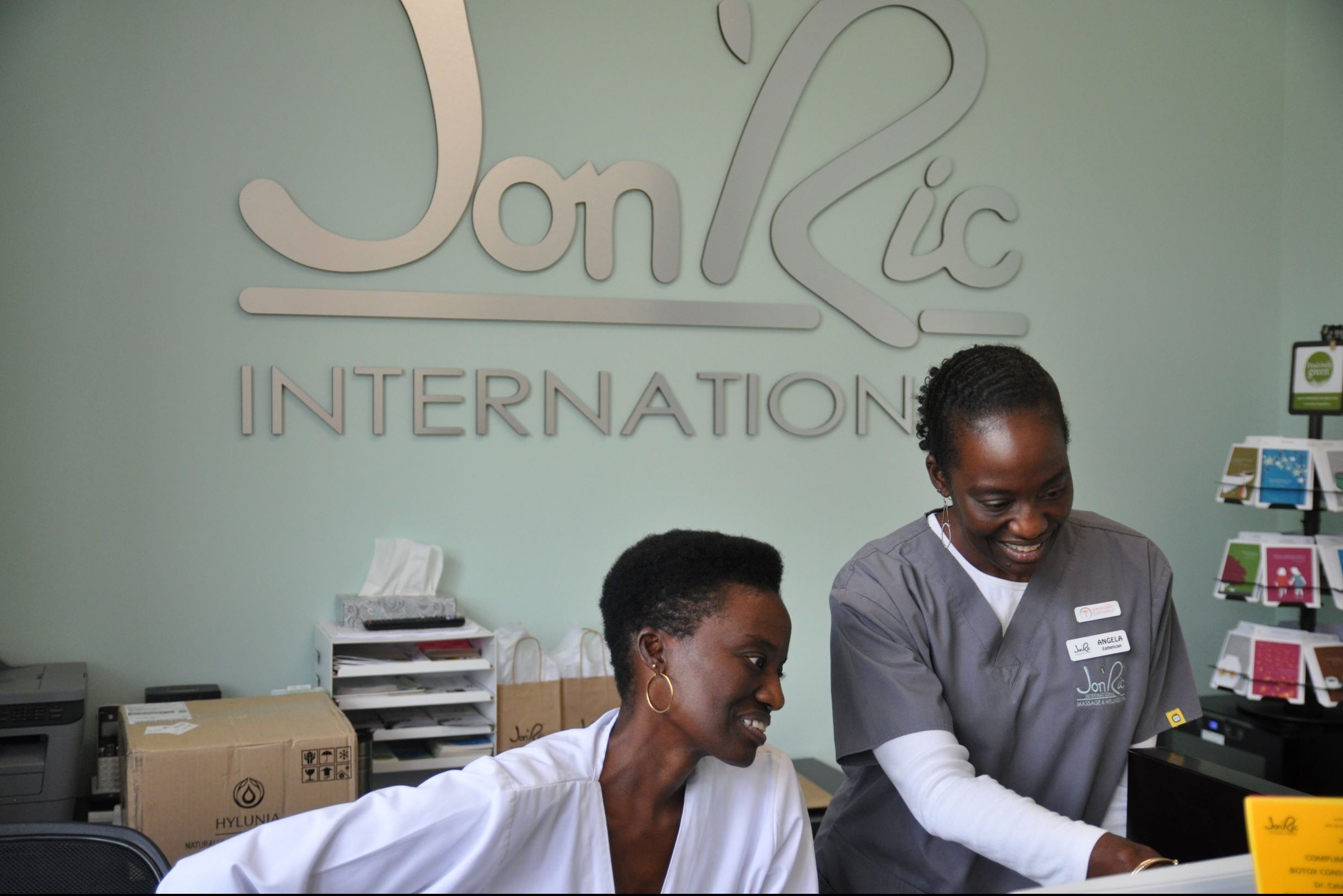 After 28 years in corporate America, Angela Strother walked away from the “rat race” in 2016 to focus on self-care. Thinking about her next chapter, the former engineer knew she wanted something unlike the world she left. It happened a little over a year later when she opened a franchise location of Jon’Ric International Massage & Wellness Center.

“If you believe the studies that say 75 to 85 percent of people are unhappy with what they do every day, then there’s a place for a spa,” Strother said about her leap into the nation’s estimated $171 billion health and wellness industry.

Walking into the Matthews-based center, customers may do a double take once they realize it’s Strother’s twin sister Allison — who makes weekly trips from Greenville, S.C. — greeting them at the front desk. Strother serves as the esthetician.

There’s a steady stream of customers who come in due to illness — spas are gaining popularity with cancer treatment patients as a result of skin damage from chemotherapy; Strother is certified in oncology skin care — however, she knows the value of a stress reliever for the everyday professional.

“I never want this to feel like the corporate world that I left. We don’t double book. We don’t overbook. We leave space in between appointments,” she said. “It’s about meeting people where they are because I know what it’s like to be in that corporate rat race.”

Customers can select from usual spa services like massages, facials, and waxing. But, it’s the 45-minute session in one of the salt rooms that provides a unique experience offered only in a handful of businesses in Mecklenburg County.

In a room with four walls covered in thousands of pounds of salt and cooled to 68 degrees, I had my first adventure with salt therapy. The premise is that deep breaths of dry salt help to open and expand airways, allowing for more oxygen to refresh the body. I needed that since Charlotte’s pollen count was trying to take me out. Salt therapy also can help those suffering from skin conditions like acne, eczema, and psoriasis.

There’s the option to sit in the smaller salt room with mats on the floor. Or, patrons can experience the larger room furnished with recliners to lie back and relax or sit up to sink their bootie-covered feet in the coarse salt. I chose to put my feet up in the larger room.

Strother mentioned that many times guests fall asleep during their treatments. I completely underestimated what it felt like to be truly relaxed. After gazing around for a few minutes at the wondrous room of salt — my cellphone was locked away since salt will erode the metal — I closed my eyes to start taking those deep breaths. I slipped into a deep slumber that took several minutes of Strother’s gentle voice, and a few taps on the toes, to awaken from. At the end of the session, I could’ve used a margarita to accompany the hint of salt taste left on my lips.

Sometimes, being still is all that it takes for the extra burst of energy to tackle life’s demands. Why not do it in a pampered setting?

For more information about Jon’Ric International Massage & Wellness Center or to schedule an appointment at Strother’s location, visit jonricmatthews.com.