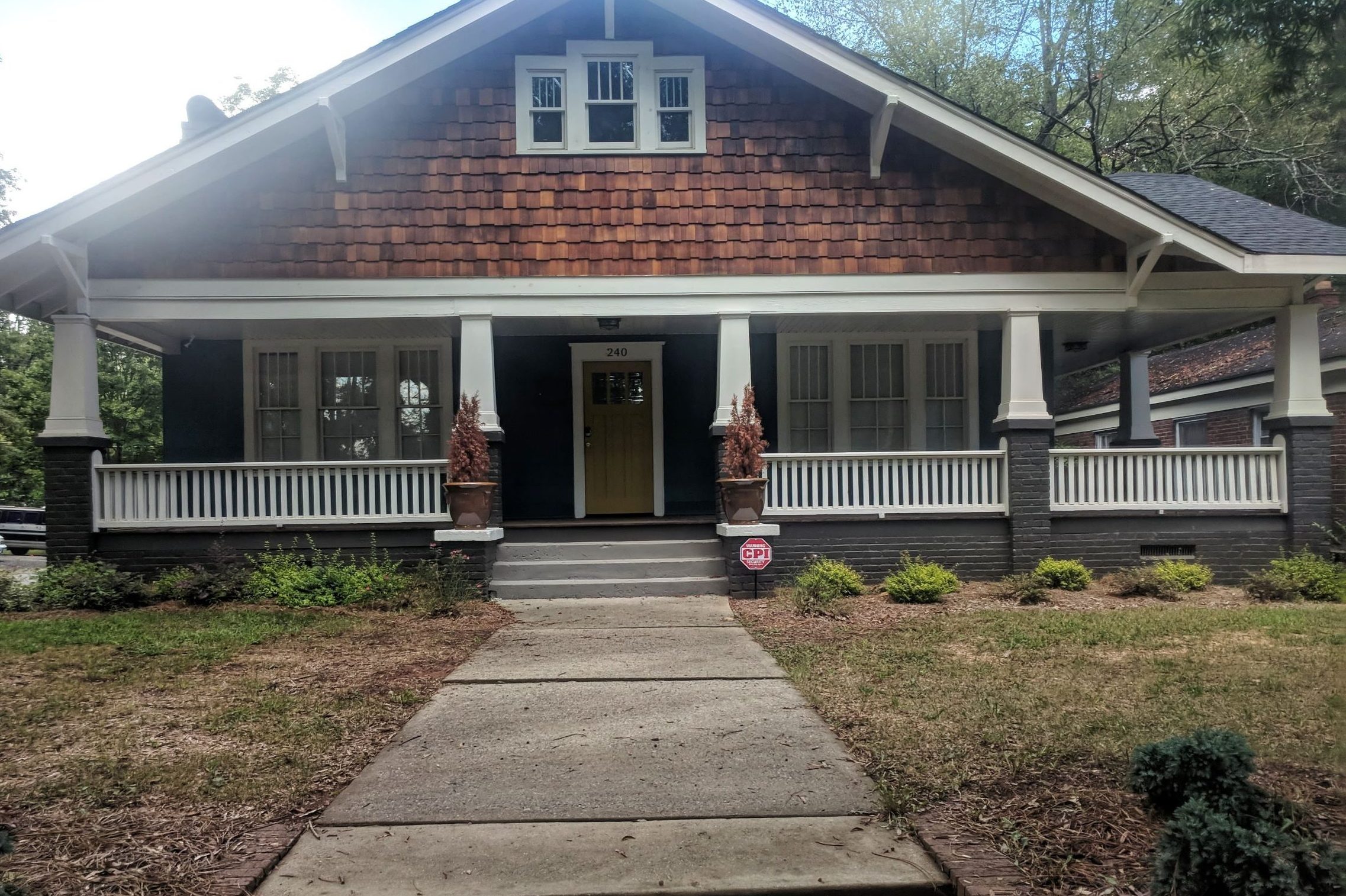 Nestled between North Tryon and North Graham streets sits Lockwood neighborhood, a tree-lined community with wide roads and homes dating back to the 1920s. Considered part of Charlotte’s historic industrial district in North End, Lockwood became a thriving black community of blue-collar workers who commuted to nearby railroads, mills and the Ford Assembly Plant. However, the housing and economic downturn of the 1960s turned many of the homes into low-income rentals. By the early 2000s, it carried the label as one of the most dangerous neighborhoods in the country.

Fast forward, much of North End is being redeveloped thanks to its proximity to Uptown, I-77 and I-85. The Lockwood Legends Arts Initiative — a home located on Sylvania Avenue, the central street that runs through the Lockwood neighborhood — is attempting to dodge the negative connotation usually attached to gentrification.

Christopher Dennis, owner of redevelopment company eFix Housing Solutions, purchased the Lockwood Legends home from a wholesaler in 2015 after the previous owner died and the home was set to be demolished. A neighborhood resident since 2005, and former homeowners’ association president, Dennis watched over the years as illegal activity became common at the home. The catalyst for the Legends house came after a conversation between Dennis and people who once sought refuge there.

“The gentlemen explained to me very briefly that when it was cold outside and they had no place to go and no food to eat, [the previous owner] would give them shelter and food,” Dennis said. “They still brought the drug and crime element to the location, but I realized this house couldn’t be torn down or renovated as a rental. It needed to have a purpose.”

Renovations on the house began under Dennis’ nonprofit organization, Community Dream Builders. Along with professionals to complete the technical work, Dennis also hired some of the homeless men in the neighborhood to work on cosmetic updates like painting. The home renovations were completed this summer. Next steps involve community engagement. Dennis said it’s important that neighbors know how the house can be used and how it will benefit the community.

Lockwood Legends is meant to be a creative space to drive intentional conversations. Dennis hopes that art can help build that bridge not only within the neighborhood but also with the greater Charlotte community. So far, they’ve hosted events with Leadership Charlotte, UNC Charlotte and members of the arts community. The In-Residence Artist Initiative looks to foster civic engagement through all art forms.

Although there’s been positive feedback, Dennis admits there has been some pushback from longtime residents. As gentrification remains a hot topic, some neighbors are concerned that they could face higher taxes and eventually be displaced. He recalled a conversation with a neighbor where her response was “I don’t want to contribute to a future that I may not be part of.”