Queen City Battle of the Bands left Charlotte; does anyone care?

The national band competition moves to Houston in 2019 after a five-year run in the Queen City. 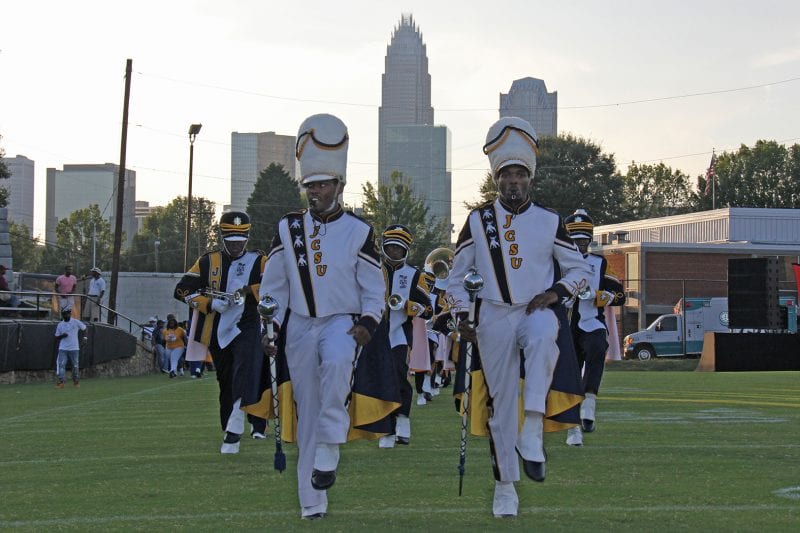 Some things are signatures of fall: changing leaves, cooling temperatures, and football. But there was a local, go-to event that went missing this year with surprisingly little outcry. The annual Queen City Battle of the Bands (QCBOB) won’t happen in 2018, and there are no foreseeable plans for it to return to Charlotte. Instead, event organizers decided to move QCBOB to Houston in 2019 and rebrand as the National Battle of the Bands.

Derek Webber, CEO of Webber Marketing & Consulting, LLC., the firm that created QCBOB, said Charlotte’s inability to provide a better venue, coupled with lukewarm commitment and enthusiasm toward growing his event, are the chief reasons for the move to Houston – a city that has shown much interest.

“I really thought this was an opportunity that [Charlotte] would wrap its hands around, but it kept getting put off,” said Webber. “I had other cities that were interested; Houston was one of them.”

Webber produced QCBOB for the last five years. The Charlotte native has been instrumental in producing major HBCU programs, including other battles of the band events and CIAA – one of Charlotte’s major annual tourism events, which brings in $50 million in economic impact. QCBOB brings in a $5 million economic impact, according to Webber. And over the last two years, he said the event has outgrown its current location at the American Legion Memorial Stadium near Central Piedmont Community College. The show was at capacity, lines for entry and concessions were long, and the bathrooms were outdated.

Webber set his eyes on hosting QCBOB at Bank of America Stadium. After approaching the Carolina Panthers, he said he was told that availability would be the driving factor. With QCBOB typically occurring during NFL preseason, scheduling could have been an issue. Webber didn’t buy it.

“I’m a Panthers season ticket holder,” he said. “I know nine out of 10 times that stadium was available on a Saturday night. It was available this year too, but we were informed that the stadium wasn’t.”

The Panthers did not respond to requests for comment.

“Houston showed us what a true city partner would do for this minority opportunity,” Webber said.

National Battle of the Bands will take place at NRG Stadium, home of the NFL’s Houston Texans on Sept. 1. Webber, the city of Houston and Harris County-Houston Sports Authority want to expand the philanthropic and educational components that have generated more than $350,000 in scholarships for participating HBCUs.

“Sometimes, minority properties are devalued. They bring in a major opportunity when it comes to economic impact because we over-index in many categories. So when we support something, we really support it. That’s why CIAA is so successful.”

With CIAA opening up the host city bidding process, Charlotte can’t continue to lose these types of minority events. Beyond the economic impact, it’s not a good message to black residents and potential black visitors.