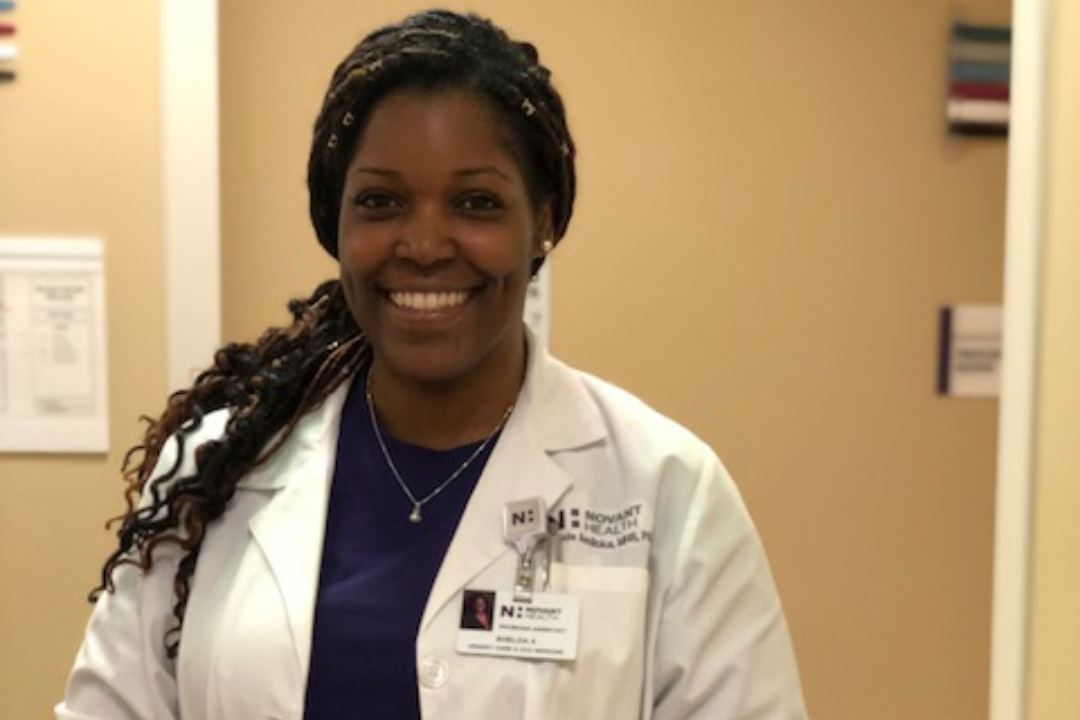 I was scheduled for the 9 a.m. to 9 p.m. shifts this weekend even before we knew Hurricane Florence was coming. Perhaps the stars aligned knowing that I, a longtime Florida resident, would be most equipped for the job.

My day typically starts at 7:15 a.m. since it takes me about 30 minutes to get to my clinic. Last night, I came home to wet carpet in a muggy apartment because the wind had blown open one of my balcony doors. SMH. So before I left, I made sure my windows and doors were tightly shut. I even placed a chair in front of one of the doors for good measure.

Without knowing what this weekend would bring, I packed a bag of spare clothes and toiletries to keep in my car, along with emergency items like flashlights and batteries.

By the time I pulled up to the clinic, several patients had already beat me to the door. We had people who were worried they wouldn’t have access to care due to clinics affected by power outages or flooding. Several evacuees had come in from affected areas like Wrightsville Beach and Wilmington, including a few expectant mothers. Novant coordinated details so the babies would be delivered by obstetricians on call at any of our hospitals.

I checked outside and saw that there was some flooding around our building. The staff created makeshift sandbags from supplies we had in the clinic. We froze water bottles to keep in our staff fridge in case the power went out.

The team continued to check in with their families. One of our front desk staff had been without power and her children were home with no electricity. Another person found out that her entire backyard had flooded.

During the day, I responded to a few e-visits for non-emergencies. Only two patients had to go to the emergency room for life-threatening situations. One person had chest pains that were likely a heart attack and the other had a very serious open-wound fracture that required surgery.

My last patient for the day came in with a laceration just a few minutes before we closed. Duty called.

The early storms made it a busy morning with a steady stream of patients, but it eventually slowed down and allowed for some downtime. We used some of that time to restock supplies. I’d tried to catch up on “Ozark” on Netflix but paused so many times that I gave up on it altogether. Instead, I decided to check emails and caught up on reading medical articles.

Andy Mueller, one of Novant’s senior vice presidents and president of the Charlotte market, stopped by to personally thank everyone for their service. He’d been making rounds since 8 a.m.

My latest patient stated that he only risked coming out in the hurricane because my clinic is the “best urgent care in North Carolina,” and his family loves us. Those kinds of compliments always put a smile on my face.

The weather has started to calm down, and we just got news that we’re going to close three hours early so that staff can get home before it gets dark. 🙏🙏🙏

Guess I’ll go finish my charting so I can hopefully leave on time.