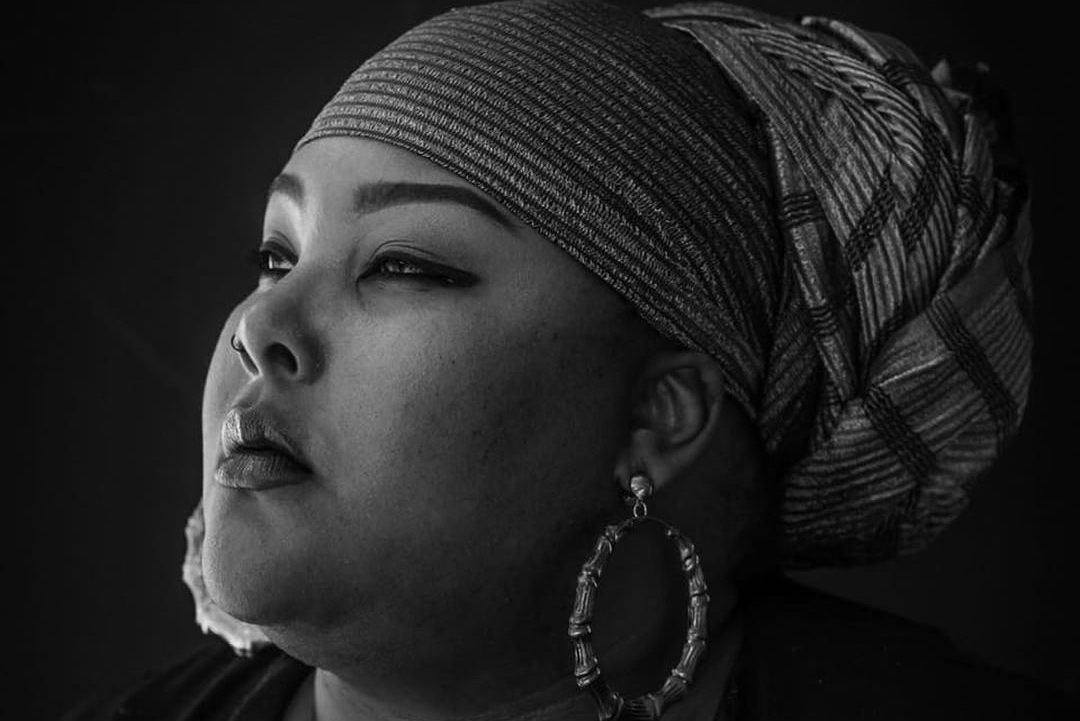 The Enderly Park neighborhood in West Charlotte is just three miles from center city, making it a target for developers. However, talks of gentrification and displacement can overshadow the everyday stories of its residents. Writer and spoken word poet Hannah Hasan wants to change that.

On September 22, Hasan will host The Muddy Turtle Talks at Spirit Square featuring the stories of 17 Enderly Park residents who live off of Tuckaseegee Road. The showcase has already sold out but will be live streamed on social media.

As an African-American Muslim woman, Hasan is no stranger to interacting with diverse communities. It’s in her blood. She grew up on the southside of Statesville, N.C., where her father was the leader of their local mosque and sat on many community boards while her mother ran a women’s shelter for families dealing with domestic abuse. She said her parent’s civic engagement influenced her to pursue a life of public service.

While completing her master’s degree, she earned a grant for a speaker series for millennials. There, she met an older woman from North Carolina who became her mentor and showed her the power of storytelling. Hasan’s mission toward social justice uses storytelling to speak for those who don’t have a voice.

I recently spoke with Hasan about The Muddy Turtle Talks, what it means for Enderly Park, and how the arts can change other communities in Charlotte.

Where did the idea for the Muddy Turtle Talks come from?
Muddy Turtle Talks, interestingly enough, came to be because Helms Jarrell [co-founder of QC Family Tree, a community development organization] and I met for coffee one day. We were just talking about Charlotte and things like gentrification. She explained to me that muddy turtle was the native American [translation of] Tuckaseegee, which is the main street that runs through west Charlotte. I also had my own business with my sister, Epoch Tribe, where we do all types of projects to promote sharing of stories and artistic performances. Muddy Turtle Talks is a partnership between QC Family Tree and Epoch Tribe.

The purpose is for those neighbors to be the voices that tell their own stories, as opposed to hearing people on the news [talk] about west Charlotte all the time.

How did you get the event off the ground?
My sister came up with this concept of the Muddy Turtle Talks. We put together a proposal and sent it to QC Family Tree. They have these community meals once a month where they open their homes to anybody in the community. There are 50 or 60 people, and there’s food and fellowship. We thought, what if we have community meals where we give this sort of gathering of stories? I would then write them in monologue form, keeping the integrity of the story but changing names and stuff so we can protect the anonymity of people who shared these very intimate stories.

Those stories would be shared at a live storytelling event by people who volunteered to learn them and share them. We put that together and got funding from the United Way.

Is there a common theme with the stories?
The root of this conversation is about gentrification, the bulk of this program is about community. These are not just stories about housing, they’re about experiences with living on the west side. Stories about starting a business. There are stories about work and school. There’s a love story in there. I mean, it really runs the gamut.

The show sold out quickly. Are you surprised with the reaction it received?
My biggest fear was that people wouldn’t get it, or they wouldn’t understand what we were doing. [But], they do, and they’re ready for it.

How do you think storytelling can help communities like Enderly Park?
Here’s the thing. People have been talking about Enderly Park, west Charlotte, gentrification, displacement and upward mobility for years now. But, very rarely have you heard from the people who are in those communities about who they are, how they live, and what their experiences have been. When you do hear those stories, they change things. It’s literally a call to action.

Stories create a sense of urgency, but they also make these people human. These individuals are out here trying to make it just like me and you. When they’re telling you ‘this is the thing that happened to me that was horrible,’ you have to feel something. I believe that changes things.

Anything else to add?
I think it’s very important to bring some new and different things to the table. We’re providing a different take on how to address social issues. It’s not a lecture series and it’s not a play. It’s in the middle of that. I want to see different people in the room. I hope that the mixing of art and social justice [won’t leave us] speaking to the choir.

Bryant Carter is a freelance journalist who lives in Charlotte. He’s a UNC Charlotte graduate with a degree in English and minor in journalism.