After an attempt in 2012, Timothy Moore auditioned again for the singing competition to inspire his students. 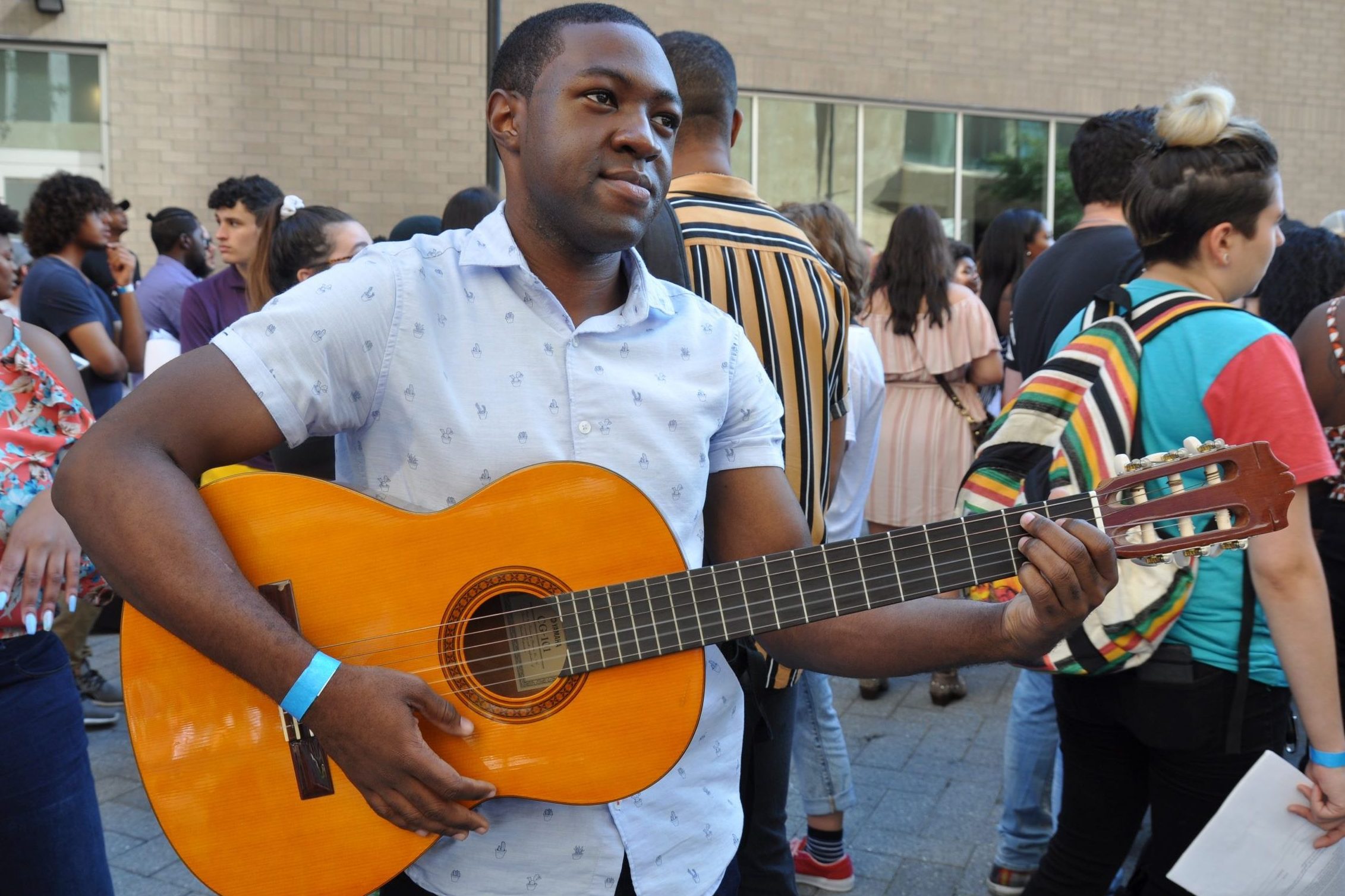 Timothy Moore was among the 2,000 people who auditioned for "American Idol" auditions in Charlotte. (Photo: Qcitymetro.com)

Charlotte streets were noticeably quiet heading into Labor Day Weekend. While many got a head start to their holiday plans, a crowd of singing contenders for television’s “American Idol” packed the Levine Avenue of the Arts. Many arrived before sunrise. By 8 a.m., there were 2,000 contestants on the plaza practicing cover songs, tuning guitars and taking pictures in front of the recognizable “American Idol” charter bus.

Timothy Moore was among the hopefuls.

There are the stories of contestants packing their bags and traveling hundreds of miles to get to the show’s auditions. That wasn’t the case for the 24-year-old Charlotte native. Idol’s stop in the Queen City was part of his decision to try out for the competition.

Moore wasn’t a newbie to the process. He participated in the show’s Charlotte auditions in 2012. Unlike those itching for fame, the newly hired music teacher — who teaches at Lincoln Heights Academy in west Charlotte — gave it another try with his students in mind.

“I’m really here to inspire kids because I’m always telling them to follow their dreams, so I’m taking my own advice,” Moore said.

Meanwhile in the audition line, Moore befriended fellow contestants, 19-year-old Latorrey Hemingway of Macon, N.C., and 28-year-old Brandon Waller of Columbia, S.C. When asked for a sample of their voices, Moore led the trio’s impromptu rendition of Bill Withers’ song “Lean on Me.”

Moore described his musical style as soul folk, which draws inspirations from artists like James Taylor and Carole King. His favorite artists include singers before his generation like Otis Redding and Donny Hathaway.

The plan was to audition with an excerpt from Otis Redding’s 1968 classic, “(Sittin’ On) The Dock of the Bay,” but an untimely event foiled his plans.

“Right before I went up to sing, one of my guitar strings popped. I ended up singing the first thing that came to mind (‘Grenade’ by Bruno Mars) and sounded a hot mess! It sucks a little,” he said.

He said that he’d consider pursuing music if an opportunity came along, but his heart lies in teaching students. It’s another experience to add to his educator story bank.

“I really love teaching students. Perhaps that was a sign to focus on becoming an excellent teacher. That’s enough for me.”