A pilot program to compost the food we throw out is being tested in eight historically black communities in northwest Charlotte. 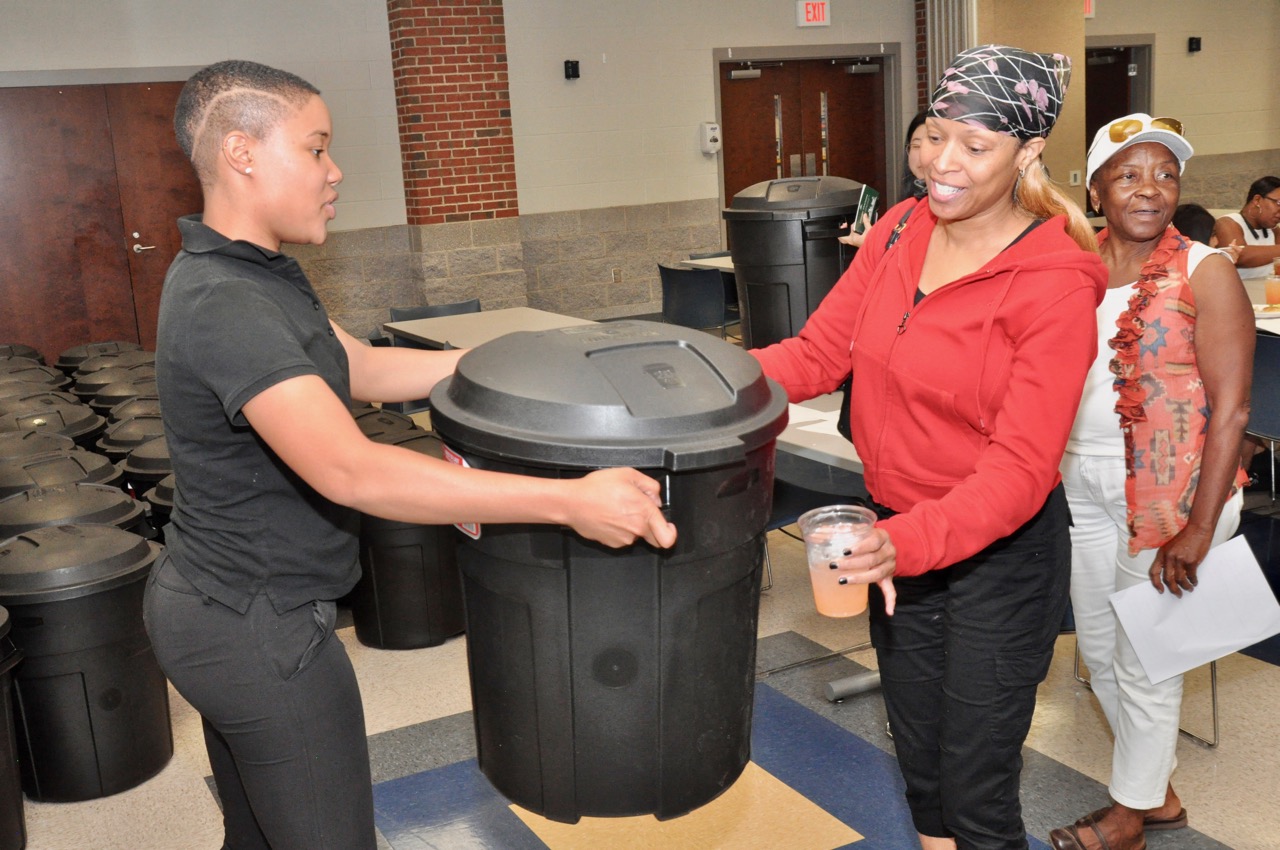 In eight historically black neighborhoods, the city of Charlotte is testing whether composting food waste can significantly reduce the amount of garbage going into county-run landfills.

The pilot will run through December 21 in the neighborhoods of Genesis Park, Park at Oaklawn, Greenville, Brightwalk, Druid Hills, Lockwood, Optimist Park and Graham Heights — an area now collectively known as the North End Smart District. One hundred households have signed up to participate.

Within those homes, the city’s Solid Waste Services Department is looking to reduce by 30 to 50 percent the amount of garbage going into landfills. Food waste collected from those homes will be recycled into compost.

If successful, the program may be expanded citywide. Why this matters to Charlotte’s black communities…

The big goal, officials say, is to create a healthier environment. As food rots in landfills, it emits methane gas, which contributes to global warming. That’s a concern to all. But environmental factors also contribute to heart disease, diabetes, stroke, cancer and kidney disease – conditions that disproportionately affect black Americans.

In addition, when current landfills are depleted, officials will need to find new places to dump our collective trash, and historically, those locations have been found closer to low-income neighborhoods.

Finally, officials say more jobs will be created as we find ways to turn garbage into useful products instead of simply burying it underground. It’s all part of a much bigger plan called Circular Charlotte.

Here’s how it works:

Families participating in the pilot were given special containers to collect all food waste, including meats. Families also are allowed to throw in paper towels, napkins, coffee grounds, tea bags, shredded paper and toilet paper rolls. The contents will then be collected by the city on each family’s normal trash-collection day.

The waste then goes to Earth Farms Organic, a composting facility in Dallas, N.C., where it will be heated to 130 degrees and eventually turned into nutrient-rich soil. (The high temperature allows for the composting of meats and dairy products, items normally not composted.)

The pilot is funded through a $10,000 grant from the North Carolina Department of Environment Quality, Beverlee Sanders, a public information officer for Solid Waste Services, told Qcitymetro. In addition to the cost of containers and biodegradable liners, the city pays Earth Farms $25 per ton to compost the waste. The city will monitor the pilot’s effectiveness.

To figure out whether the program is worth expanding, the city will collect data throughout the 16-week pilot:

• Officials will examine the waste to better understand what food items families are throwing away.

• They will weigh the food waste to better gauge the quantity of food being thrown away.

• They also will weigh the group’s normal trash collection to see how much landfill waste is being reduced.

“Of course, that doesn’t mean we are not creating waste; that means that we are actually doing something with the garbage we produce, other than putting it in a landfill,” Sanders said.