An open letter to Jerry Jones, owner of the Dallas Cowboys

Dear Jerry Jones, Oh say can YOU see? You have fumbled an opportunity to intercept a lie and use your […] 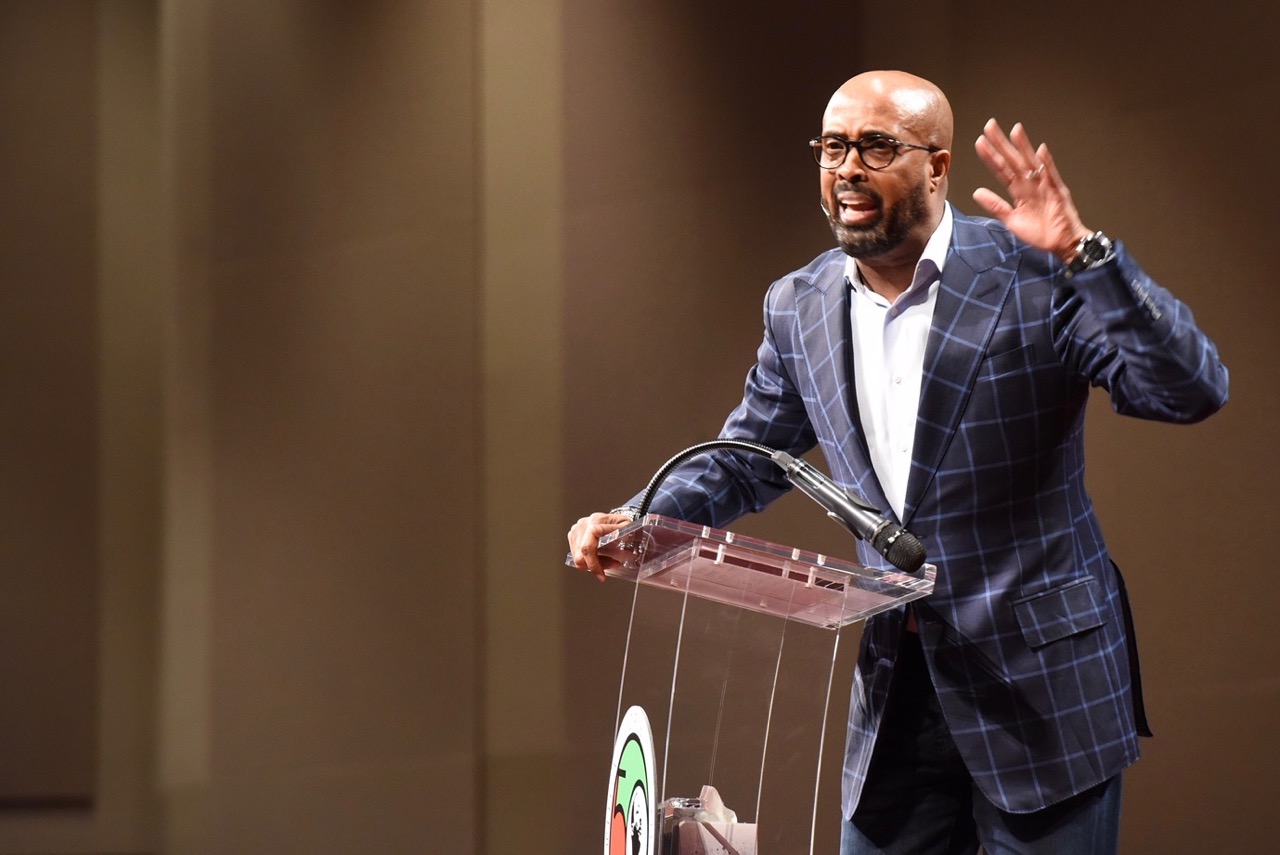 Oh say can YOU see? You have fumbled an opportunity to intercept a lie and use your privilege to score for justice. As a lifelong fan of the Dallas Cowboys, who once enjoyed season tickets, it’s heartbreaking that you have taken a stand on the wrong sideline of history. As training camp opened, you used your mighty microphone to passionately pronounce that there is no room on the Dallas Cowboys for the right to protest for right during the national anthem.

Your “massa complex” has shown your boys where the “gun line” is (check out the movie “Life”). And they had better not cross it! Your quarterback, who went to school in the state where Emmit Till was lynched, Fannie Lou Hamer was brutally beaten by police, Medgar Evers was assassinated and remains a place of wicked white supremacy, vicious police misconduct, and a justice system that is criminal, knows his place and has echoed your sentiment and committed a terrible turnover for freedom. Oh say, did he see white Mississippi police officer Daniel Starks tasing a handcuffed black man for no reason?

I held out hope that, given your track record as a game-changing maverick and successful businessman, you would use your privileged platform to actually take a stand for what the flag symbolizes — “liberty and justice for all.” You have been fiercely independent as an NFL owner, but you allowed 46-1 to punk you and the NFL while he was pledging allegiance to Vladimir Putin and Russia. Oh say can you see? Your friend in the White House has emboldened racists, put a white supremacist over the justice department (whose policies reinforce the racial injustice Colin Kaepernick was taking a knee for) and signaled to police that brutality is ok. I guess that’s why you reaffirmed your partnership with Papa John’s Pizza while saying nothing to denounce the ugly bigotry dripping from the lips of the former owner?

Colin Kaepernick took a knee during his last season as a quarterback for the 49ers because he was sick and tired of Black sisters and brothers dying, mothers crying and police departments lying. In the tradition of Paul Robeson, Althea Gibson, Wilma Rudolph, Muhammad Ali, John Carlos and Tommie Smith, Curt Flood, Serena Williams, LeBron James and others, he used his platform to raise consciousness and speak truth to power on behalf of the powerless who have no platform.

Oh say can you see?

As owner of “America’s Team,” which is comprised of almost 80% African Americans, did you know that this is America for them?

Across the country, black men are over three times more likely to be killed by police than white men, according to a study published in the American Journal of Public Health. In an analysis of all male homicides between 2012 and 2018, 8 percent occurred at the hands of police, who serve and protect YOU, researchers found.

Of nearly 6,300 reported deaths during the six-year count, almost 1,800 were black. This is America. Oh say can you see, Jerry? Police killings are highest among black men across the United States. Lead author Frank Edwards is sadly correct when he interprets, “Police operate completely differently in different places. How police operate is often determined by the race of the person they’re interacting with and the racial compositions of the places they work in.”

Oh say can you see?

The vast majority of your players live in this America. Yes, their contracts may have allowed them to move into nicer neighborhoods, but their black skin still means they are seen as suspects who pose a threat.

Sadly, your son, Stephen, seconded your motion and brazenly declared if you want to be a Dallas Cowboy, you will stand for the national anthem. This is one instance where the blatant hypocrisy of your organization just may exceed your racist insensitivity. On “America’s Team,” you can brutally beat your wife, girlfriend or kids. You can drink and drive, you can take drugs and steroids, but if you peacefully protest, you cannot be a Dallas Cowboy!?

Oh say can you see!

It’s evident, Jerry, that you never had to give Stephen “The Talk” and tell him how to behave in the presence of police officers, have you Jerry? Ask your black players about “The Talk.” Oh say can you see and have you noticed the news accounts where black people have the police called on them for breathing, going to Starbucks, lounging in a university common area where they are enrolled, selling water as an 8 year old, eating at Waffle House and doing community service as a sorority. The brilliant actor Ving Rhames shared his terrifying experience with racism that resulted in police putting a gun in his face at the front door of his own home in Brentwood, California, because a neighbor called 911, saying that he was breaking into what is his own house. Have you or Stephen ever had the police called on you because of the color of your skin? Have you or Stephen ever been stopped by the police and worried that you wouldn’t come out of the stop alive? Oh say can you see, Jerry?

I wish you had the courageous empathy of the gifted Anne Hathaway. She gets it.

Hathaway is outraged by the fatal stabbing of 18-year-old Nia Wilson by a white man on July 22 at a BART station in Oakland, California. The Oscar award-winning actress used her privilege and prestige to dedicate an Instagram post to honor the life of the young black woman. (Wilson’s sister, who also was attacked, managed to survive.)

But Hathaway’s post was more than a passive tribute to Wilson — it was a wake-up call and a courageous critique of those who are oblivious to black pain and hide behind their “white privilege” and fail to take action in the face of violence, injustice and racism.

Describing Wilson’s murder as “unspeakable,” the Ocean’s 8 star acknowledged her own privilege while calling for white people to get off the sidelines of indifference and privilege and step up. Oh say can you hear her, Jerry?

“White people — including me, including you — must take into the marrow of our privileged bones the truth that ALL black people fear for their lives DAILY in America and have done so for GENERATIONS,” she wrote. “White people DO NOT have equivalence for this fear of violence. Given those givens, we must ask our (white) selves — how ‘decent’ are we really? Not in our intent, but in our actions? In our lack of action?”

She ended the message with the #BlackLivesMatter hashtag, as well as #AntiRacist, #NoExcuse,

Jerry, she’s a winner. Anne Hathaway is truly free and brave. She is doing what the wisdom writer said in Proverbs 31:8-9:

“Speak up for those who cannot speak for themselves;
ensure justice for those being crushed.
Yes, speak up for the poor and helpless,
and see that they get justice.”

Oh say can you see, Jerry!