Mamizi conference is providing options, not empowerment, for women of color

In the age of #BlackGirlMagic, a new conference dedicated to women of color in technology, entrepreneurship, and digital media made […] 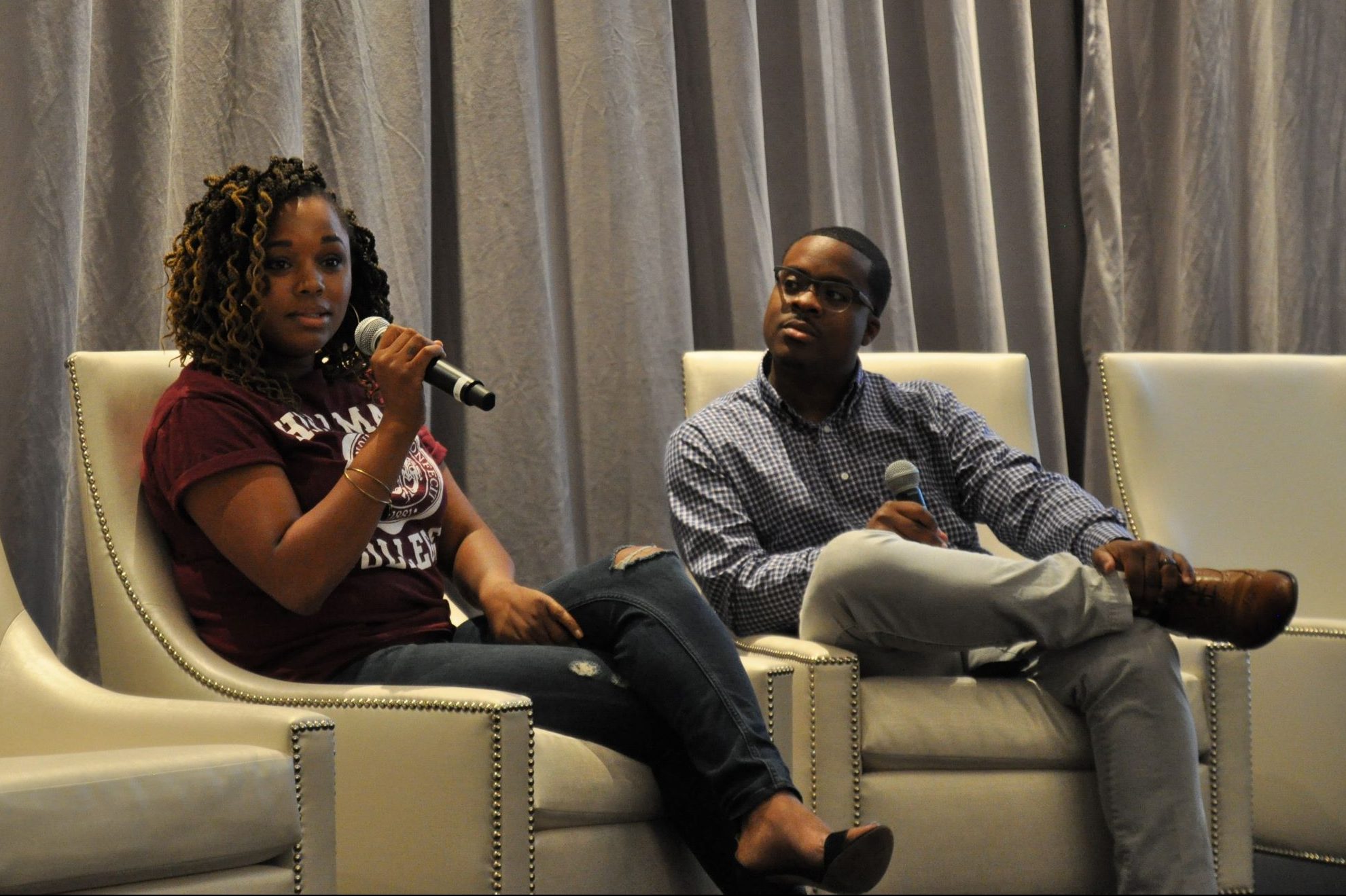 Local techpreneur Sherrell Dorsey (left) shared her journey and blueprint for success as founder of ThePLUG tech newsletter and BLKTECH Interactive at the Mamizi Women's Conference on July 28.

In the age of #BlackGirlMagic, a new conference dedicated to women of color in technology, entrepreneurship, and digital media made its debut in Charlotte last weekend. Creators of Mamizi, a mobile app designed to help women develop blueprints for success and assist employers to recruit women of color, organized a one-day women’s conference at the Kimpton Hotel in Uptown.

“This is not a conference for me to cheerlead you and then have you feeling deflated by Tuesday morning,” said Patrick Hill, executive director of A Cultivated Mindset, the mobile app and web development firm that created Mamizi (Swahili for “blueprint”). “You were already empowered when you said you were interested in going. Let’s gain some knowledge.”

Participants patiently waited for the kickoff session that paired radio personality Angela Yee of the nationally syndicated “The Breakfast Club” morning show with local techpreneur Sherrell Dorsey. Instead, Hill had the unfortunate task to inform the room of about 100 women that Yee wouldn’t be attending due to inclement weather that canceled flights out of New York. She did send a homemade video explaining the situation, but as I panned the room, it was clear that the attendees were disappointed. Hill reassured guests that Yee is a “woman of her word” and plans were already underway for a rescheduled event.

All was not lost. Throughout the day, attendees competed for a $1,000 prize during a business pitch competition and picked up tips during interactive workshops on topics ranging from developing a mentorship to turning social media engagement into dollars.

The highlight for me was meeting Learn a Language 4 Fun LLC founder Shylene Santiago, whose company introduces children to different languages through music. She applied for — and won — a scholarship to attend the conference along with a booth to display her business. With a smile and personality as vibrant as her multicolored outfit, she hardly contained her excitement about the opportunity to be there.

Santiago, a mother of eight, (yes, eight children!) is Dominican and speaks Spanish with her family at home. Many of her neighbors don’t speak English or Spanish, but the Santiago family wanted to communicate with them.

“We couldn’t go up to anyone and say ‘Hola’ or ‘Hello.’ My 9-year-old said we need to find a way to understand what they’re saying,” she recalled.

After researching other languages, the family turned the greetings into a song. Realizing the benefits of being multilingual, Santiago saw a business opportunity and created a foreign language music program for children.

This conference was the first in a series Mamizi plans to host. Next, organizers take their show on the road to New York City for the Mamizi Career Connections event in November. For more information, visit www.mamizi.com.