This South Carolina port city, once the epicenter of America's slave trade, is slowly beginning to grapple with its checkered history. 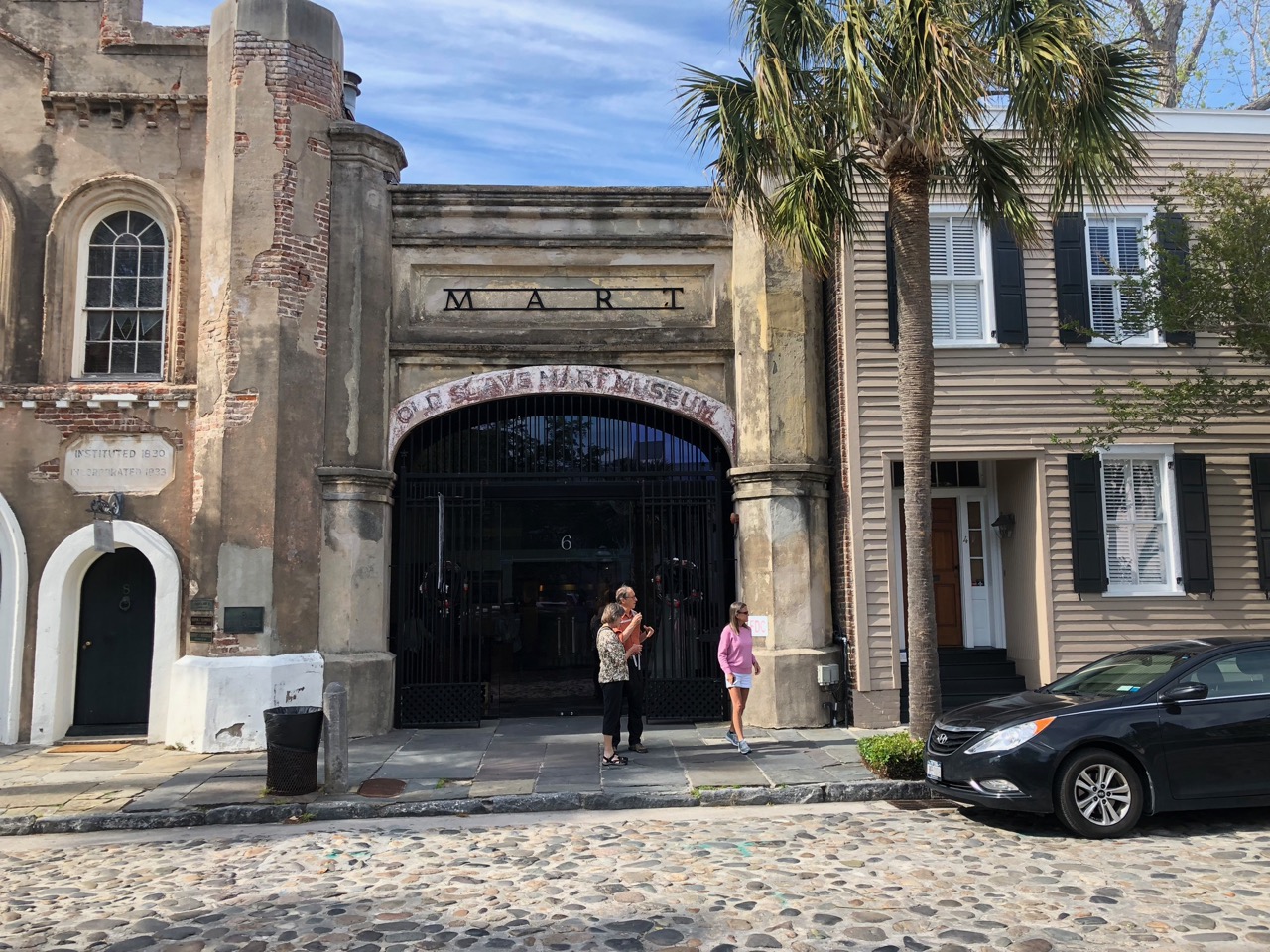 CHARLESTON, S.C. — This coastal city has a knack for making headlines when it comes to race—most recently the City Council’s apology for slavery, three years ago for the Mother Emanuel AME Church massacre and, of course, 157 years ago as the birthplace of the Civil War.

But quietly, very quietly, Charleston has been grappling with its checkered racial history for years in the Old Slave Mart Museum, located on Chalmers Street in the heart of the city’s tourism district.

Believed to be this country’s last intact building that was used to market slaves in the1800s, the Old Slave Mart Museum also may have been the nation’s first museum devoted to spotlighting slavery, starting in the 1930s.

Reincarnated as a city-owned tourism spot for the past decade, the Old Slave Mart last year attracted nearly 64,000 tourists from all over the world with minimal publicity. Visitors eager for authentic scraps of information about slavery visit the unassuming stone facade of the 1,900-square-foot building for what turns out to be a 30-45 minute visit at most.

Once inside, the two-story museum is low-key with a scattering of visual and audio exhibits. It’s almost as if the curators decided to let the ghosts of the past speak for themselves.

But it’s not hard to let your imagination kick in when you hear how Charleston’s port location made it such a bustling epicenter for the outdoor slave trade. Nearly half of all enslaved Africans shipped to North America disembarked here, while hundreds of thousands more American-born slaves were bought or sold in this city.

“For a lot of Charleston’s history, the city market was called the slave market,” notes Ista Clarke, the museum’s operations director.

When city fathers tried to give the flesh trade a veneer of respectability by taking business behind closed doors, the result was more than 40 slave storefronts or auction houses in a four-block area, according to guide and historian Christine King Mitchell.

One of those was the Old Slave Mart—then known as Ryan’s Mart after its slave-owning, city councilman owner. The complex became one of the city’s main downtown auction sites. It included a four-story building with a “barracoon”  — a slave jail, kitchen and morgue — which no longer exists. The only things left are the walls and flooring of the original, street-facing auction “showroom.”

According to Mitchell, male slaves sold for as much as $1,600 and females for $1,400, sums valued today at roughly $33,000 to $38,000. Gray hairs were plucked out or dyed black, and skin was oiled, with slaves divided by sex and lined up by height on the selling platform. Contrary to popular opinion, traders avoided using whips, because the scars left behind devalued their human property, said Mitchell. (An enslaved person with scars was viewed as rebellious, a trait most plantation owners didn’t want.) Instead, the traders used a “flopping paddle,” a one-and-a-half-foot-long strip of leather attached to a wooden handle.

Imagination mixes with outrage when you read and hear about the economics of slavery and its integral connection to Charleston’s bankers, insurance agents, mortgage brokers and slave traders — the financial foundation of the city’s antebellum economy. Even city government got its cut by selling “slave tags,” or badges, as a tax and public marker that slaves were required to wear when working off their masters’ property. Slave auctions ended in 1863 as the Civil War raged on and the building subsequently changed hands a number of times. In 1938, a white woman bought the building and established a museum featuring African and African-American arts and crafts while also examining slavery in a way that was palatable to white tastes of that era. In 1960, the museum was sold again to two white sisters before closing in 1987.  A year later, the city of Charleston bought the building, and former Charleston Mayor Joe Riley led a protracted effort  to commemorate the true historical nature of the building, which finally re-opened in 2008.

Like much of the country, Charleston continues to have a complicated relationship with the very institution that bought it prosperity and progress coupled with cruelty and shame. But as one of the most heralded tourism destinations in the nation, Charleston has decided to embrace its mixed heritage in that genteel, Southern way so uniquely its own; it is on track to build a $100 million International African American Museum scheduled to open in two years.

“We’re still going to be here. We will become much more site specific, “ he said. “I’m really excited this history is being talked about. There’s quite enough for everybody. Our biggest strength is we’re an actual location.”

The Old Slave Mart Museum is located at 6 Chalmers Street in Charleston. It’s open from 9 a.m. – 5 p.m., Monday through Saturday, except for major holidays. Admission is $8 for adults and $5 for children 5-17 and seniors 60 and up. For more info, go to oldslavemart.org or facebook.com/oldslavemartmuseum.