Charlotte-Mecklenburg residents commune, celebrate their shared history, learn, dine and debate at dozens of activities during the year 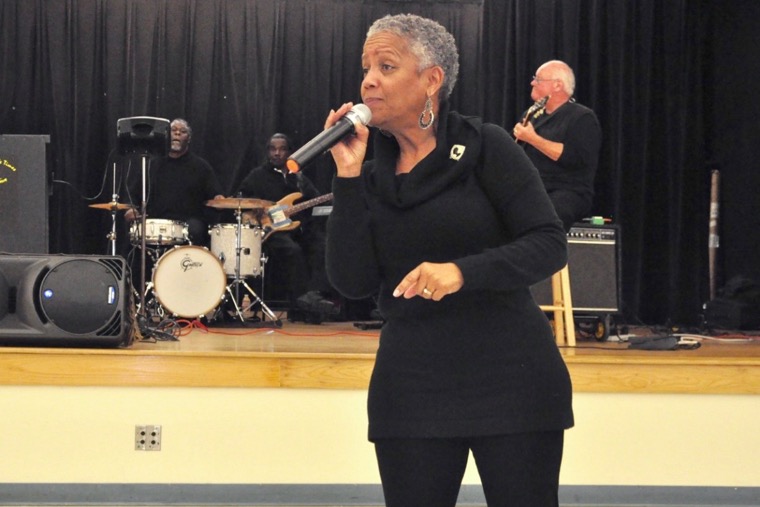 Since its launch in 2015, Culture Blocks has brought hundreds of events to thousands of residents in their own neighborhoods. But the impact of Culture Blocks is not measured solely by the numbers.

The program that provides free arts and cultural events to communities across Charlotte-Mecklenburg brings residents together to commune, celebrate their shared history, learn, dine and debate.

In the past year, A Community School of the Arts collaboration with library patrons resulted in permanent fairy-tale art installations at seven branches. Drums4Life brought kids and adults together in African Drum Circles. History and heritage events, such as Forget Us Not … We are the Links to Your Past by LATIBAH Tours, took root in communities across Charlotte. ASC Culture Blocks hosted dinners to hear from residents about the kinds of programming they want to see in their neighborhoods.

And more talent keeps coming to the table as artists bring their substantial gifts to Culture Blocks programs.  “Whether it’s at a rec center or the Blumenthal, we’re gonna put on a show,” says Nicci Canada of Dapper Street Productions.

Meet four of the arts organizations bringing music events and visual arts workshops to your neighborhoods.

Culture Blocks has helped ASOTT get in front of people who may not be able to afford the band — not only to entertain but to educate, she said.  In several intergenerational events on Charlotte’s westside this past year, ASOTT brought younger and older residents together to engage and discuss the oral history of their community.

The band is in demand with community groups that want to do more than just hear the music; they want to know the history behind the music and the stories behind the lyrics. “African-American communities are hungry for their history,” Tupponce said.

“They want their young people to see the value in the neighborhood they’ve been raised in. When they know the strength of what that community is built on and the ground they are standing on, it makes a difference.”

When Nicci Canada and the Dapper Street band started doing Culture Blocks events in east Charlotte, about 10-15 people would show up; now 60-plus people come out to enjoy the music and each other, Canada said.

“They are grateful to Culture Blocks for bringing the events to the neighborhood. To me, that’s priceless.”

A program of live jazz, blues, and storytelling by the Dapper Street Jazz Band has been a popular event with the senior set. “They are my faithful fans,” Canada said. “They come out to every show. They look forward to it. They come looking their best — like they are going on a date,” she said, affectionately. “I’ve been able to develop a strong connection with the community.”

In the coming months, residents from Pineville to the Mallard Creek area will get the chance to enjoy Jazzin’ & Bluzin’ with the Seniors by Dapper Street Production. The band will be performing around the county, but Canada wants to reassure her fans at the Albemarle Road Recreation Center that she’ll be back.

People come back, again and again, to work on their ceramics skills and foster their own artistic vision because they enjoy themselves so much, she said.

In libraries where Clayworks has the longest history, workshop attendees have become friends with each other.  They get together for lunch or they meet up at the library for other programs.

“We’re going in and teaching the skills that you need to create a project, but it’s also just a space for people to be able to commune with each other,” Hughes said.

Clayworks Mobile Studio recently began offering workshops at Scaleybark Library and Grier Heights Community Center. Starting in July, there are 121 planned workshops over the next year, Hughes said. The popularity of the workshops means there may be waiting lists at established places like the Hickory Grove library.

When Rosalia Torres-Weiner finally realized her dream of an “art truck,” she hoped to be out in the community, bringing the Red Calaca Mobile Art Studio to neighborhoods at least twice a week. Wish granted.

Partnering with Culture Blocks has allowed her to take workshops to more residents — from apartment complexes to parking lots of neighborhood businesses.

Most Culture Blocks events are held in public libraries and recreation centers to reduce the barriers to access due to lack of transportation. But Torres-Weiner, who works with a lot of immigrant children, said sometimes they can’t get to libraries and rec centers, so she brings the arts to them. “I want to go right to their door,” she said.

“It’s such a rewarding thing.  They receive us if they are bringing their favorite food to the door,” she said. “They look out the windows to see who’s out there:  ‘It’s the arts truck, it’s Rosalia!’ ”

The colorful truck is a welcome sight for young immigrant children, especially those affected by the deportation of a family member. “We make them strong, we give them voice,” says Torres-Weiner. “They feel that they belong to this beautiful city of Charlotte.”

Enjoy these artists and workshops  —  for free

• Check out the FULL calendar of Culture Blocks events around Mecklenburg County. Some activities have limited space and may require pre-registration.

• Learn more about Culture Blocks and how you can get involved. 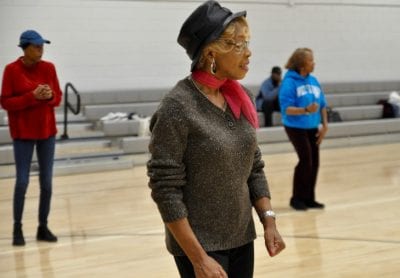 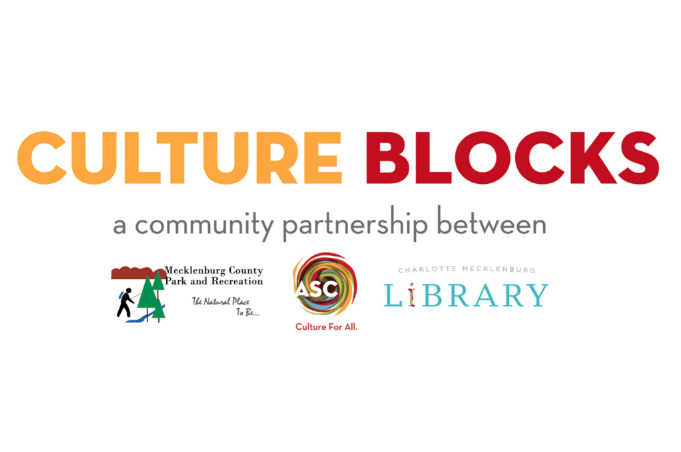