Real ID is coming: What you should know before the deadline hits

Starting in October 2020, the federal government may no longer accept your driver's license as a valid form of identification, so North Carolina DMV is promoting "Real ID." 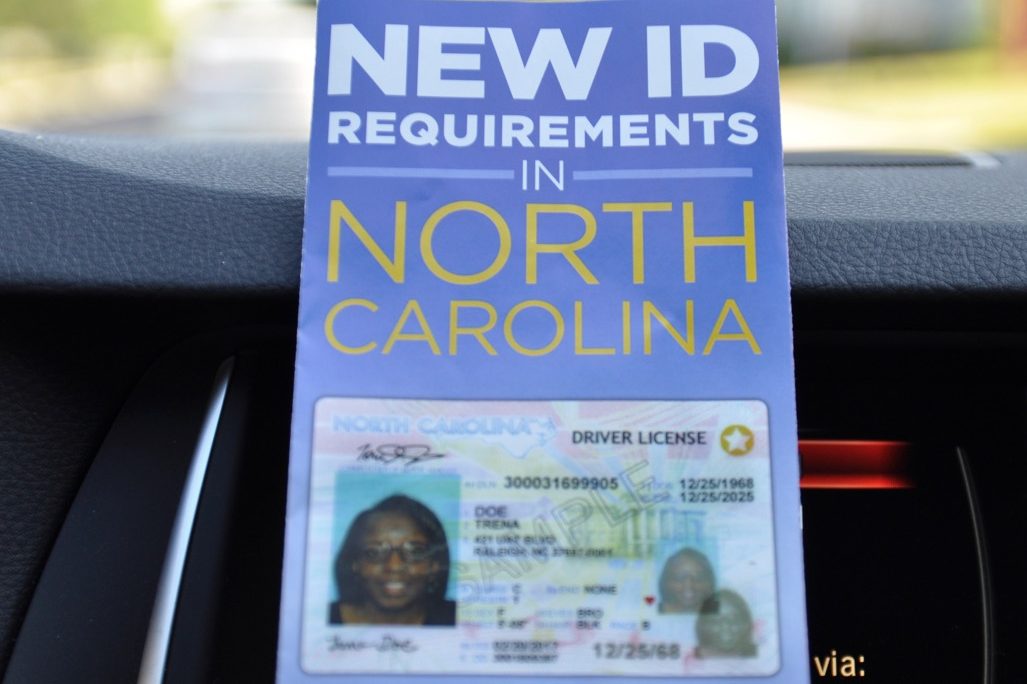 While nothing will change relating to your driving privileges, the federal government on that date may no longer accept your license as a valid form of identification.

…unless it has a gold star in the upper right-hand corner.

Without that star, officials say, people who hold valid driver’s licenses throughout the United States may face increased scrutiny when boarding commercial flights or when entering federal buildings or seeking access to military bases.

And as the 2020 deadline approaches, North Carolina DMV is warning of a possible stampede as million of state residents rush to get that gold star.

What’s this all about?

In 2005, in the wake of the 9/11 terrorist attacks, Congress passed the Real ID Act. Among other things, it required states to impose tougher security standards when issuing drivers licenses. It also set more stringent identification requirements in order for a state-issued license or ID card to be accepted by the federal government as a valid form of identification.

Some states made the tougher identification standards mandatory. North Carolina did not.

That means North Carolina drivers who voluntarily comply with the tougher identification standards will get a gold star on their licenses, designating that license as a Real ID. Those who don’t comply will not get the star, and their license or state-issued ID card will bear the words “NOT FOR FEDERAL IDENTIFICATION.”

North Carolina DMV now has a statewide campaign to get the word out. At this week’s Tuesday Morning Breakfast Forum, Lisa Crawford, a senior advisor with the state agency, explained how it will work.

Crawford said DMV wants to avoid a last-minute crush by getting state residents to start now transitioning to the new licenses and IDs.

DMV officials estimate that about 4 million people – about half the total who hold state-issued driver’s licenses — will apply for Real ID before the federal deadline, less than 28 months away. That means DMV would have to process an average of about 130,000 people each month to hit that target. Crawford said the state is currently issuing the new documents at a rate of about 50,000 a month.

“Just think about what it’s going to be in the coming months if people wait,” she said. “DMV does not have the infrastructure, technology or manpower to be able to do four million people in 28 months if people don’t start going, and going now, to get their Real ID.”

Under the federal mandate, states must take additional steps to confirm a person’s identity before issuing a Real ID. The process cannot be done online, so resident must visit a DMV office with all the necessary paperwork.

To get Real ID, the state will require:

Crawford said anyone applying for Real ID should call 919-715-7000 to schedule an appointment, which reduces the time waiting in line. The new documents are mailed 10-15 days later after an application is completed.

You can get more info at ncrealid.gov.

Not everyone is thrilled

At the Breakfast Form, many of the attendees expressed skepticism. Some questioned why Real ID is needed. Others said it would create hardship for some residents, especially those who are homeless or poor. Still others suggested that the federal government might be seeking to better track U.S. citizens or weed out undocumented immigrants.

Willie Ratchford, executive director of Charlotte-Mecklenburg Community Relations, was one who spoke out.

“There is something called intent and impact,” he said. “And while we are being told that the intent is to provide more safety for all of us, the impact is that it looks like exclusion or a process to exclude certain people, because it makes it much more difficult — unnecessarily difficult — than it needs to be.”

Crawford reiterated that, in North Carolina, Real ID is voluntary, though those who opt out, she said, may face greater scrutiny in some instances when dealing with the federal government, especially at airports. And then there are the unknown factors, she said, suggesting that even some private businesses might some day require Real ID.

“The reality is, it’s going to happen to everybody,” she said. “So we need to get the word out to our communities, all your networks — your friends, you family, you church members, your book club, your running people — everybody.”