Speaking at JCSU's graduation ceremony, Morial said African Americans must use their votes as well as their money to build a more equitable nation. 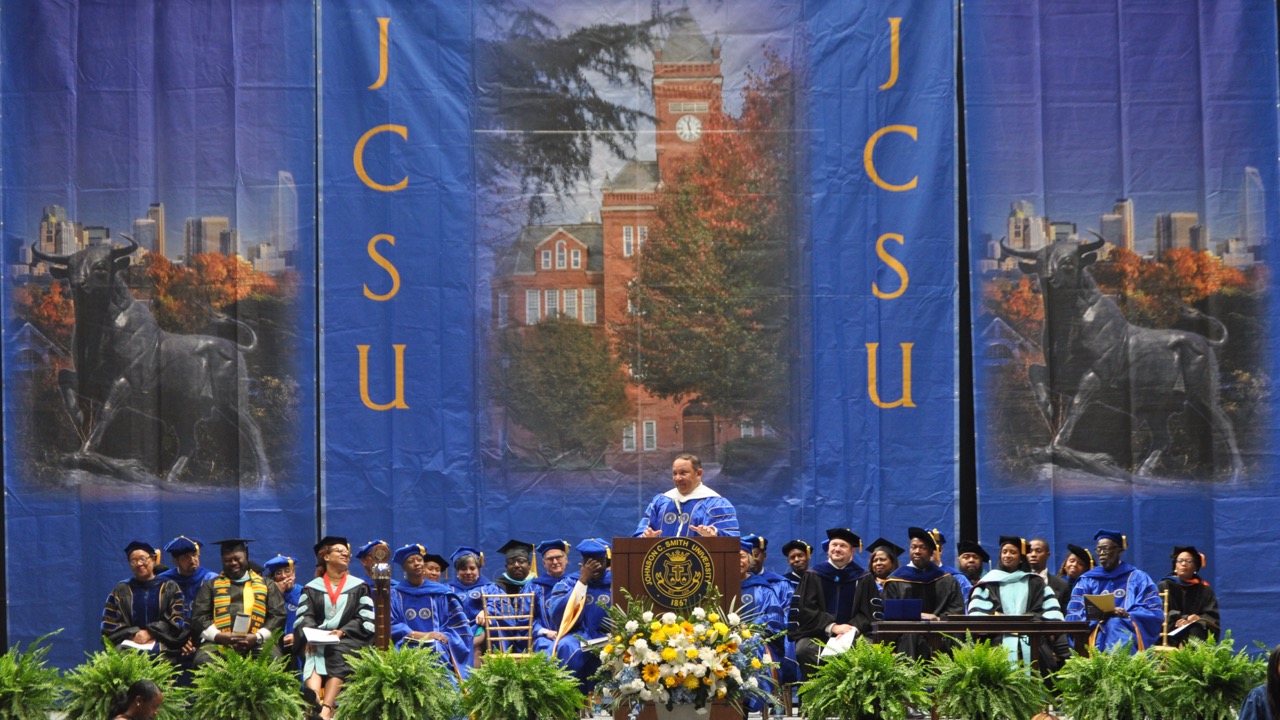 Speaking Sunday at Johnson C. Smith University’s commencement service, Moria, 60, said “explicit and implicit bias” remain a part of everyday life in the United States – from the disproportionate rate of incarceration of black males to the recent spate of incidents in which police were called to investigate blacks for trivial reasons.

Morial said that in a nation that respects economic and political power, blacks must use their votes as well as their money to build a better future.

“Now is the time for you to build your assets,” he said. “Building assets means building and investing in things that have and appreciate in value.

Morial, who holds a law degree from Georgetown University and an undergraduate degree from the University of Pennsylvania, told of going back to his old neighborhood in New Orleans, where he bumped into a man who wanted a handout. Morial said he recognized the man as someone he knew growing up.

Morial used the story to remind graduates that they must not forget from whence they came.

Morial said America is a nation still plagued by poverty, gun violence and unequal justice. And he encouraged the graduates to “vote with a vengeance come November.”

“We surrender our power to others when an election comes and we don’t vote,” he said.

Morial said those who value love and equality must use their votes to send a message “to people who lead this country.”

“We want an America where everyone, regardless of race, creed, color, religion, orientation or national origin is respected and honored as one of God’s children,” he said. “That’s the America we want.”