In 2017, Grace-Mar worked with hundreds of Mecklenburg residents who faced employment barriers, including 234 veterans. 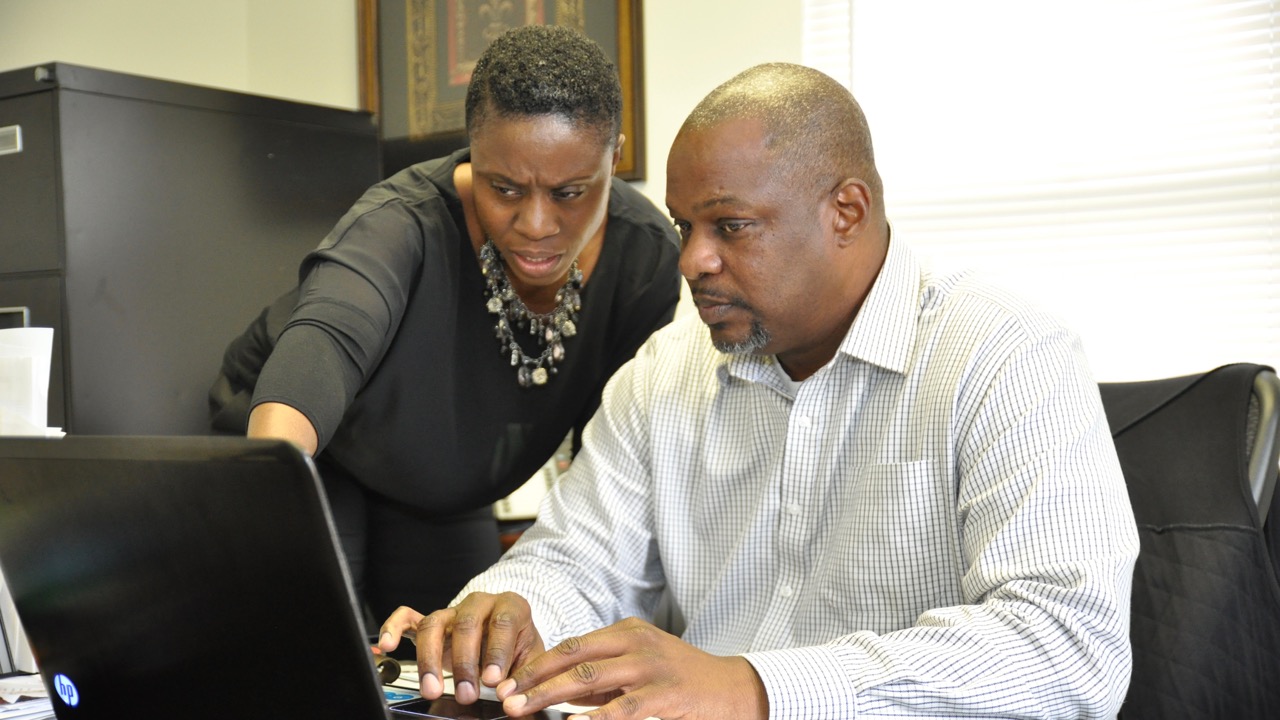 Long before economic mobility became a buzzword in Charlotte, Grace-Mar Services Inc. was working to assist Mecklenburg residents in need of employment.

Founded in 2009 by a husband-and-wife team, Grace-Mar now operates six locations throughout the county, five of which are located adjacent to public housing developments. In 2017, Gace-Mar worked with hundreds of Mecklenburg residents who faced employment barriers, including 234 veterans.

The nonprofit is also one of more than 25 community-based organizations chosen by Charlotte Works to assist job seekers in communities where unemployment rates are highest.

Grace-Mar last year had a 33 percent placement rates, said Kenny Smith, the organization’s founder and president. About 90 percent of its clients, he said, are African American women.

“That’s the backbone of our agency — helping people find work, stay working and increasing their income,” he said.

How it all got started

Smith, who grew up in Cleveland, Ohio, was working with a multinational corporation when he first got the notion to launch Grace-Mar, which is named after his wife and business partner, Grace Smith, and his mother, Margaret Jenkins.

When the financial crisis of 2007 struck, he found himself unemployed. As part of his preparation, he said, he volunteered at the Charlotte Mecklenburg Library, where he helped job seekers write resumes, cover letters and prepare for interviews.

When the economy improved, he landed another management job, but his experience as a library volunteer stayed with him.

“I realized that many people were struggling and don’t know how to navigate the system,” he said.

Grace Smith, who works alongside her husband as Grace-Mar’s vice president, said the experience “lit something inside” of him.

“He was looking to do more,” she said. “He’s had a great job making good money, but I think it wasn’t enough.”

In addition to job placement and counseling, Grace-Mar also works with clients to build financial literacy and self-empowerment, all with a focus on upward mobility.

“We talk about self-sufficiency, we talk about being all you can be, we talk about upward mobility. All those things are great, but none of them means a hill of beans if you can’t help someone find a job, keep a job and increase their income,” Kenneth Smith said.

Smith said the company’s client base is varied, though most face some type of barrier to employment.

Grace-Mar does not accept walk-in traffic, but every job seeker who registers on the company’s website is called in for an interview. From there, trained professionals assess the clients’ “skills, will and ability,” Kenneth Smith said. Some candidates are given assessment tests to match them with potential jobs.

Those who are deemed employment-ready are then referred to potential employers. Grace-Mar currently works with about 55 employers. In return for the free referrals, Grace-Mar asked participating employers to interview each candidate referred to them.

“It’s a win-win for the employers and the people who come in looking for jobs,” Grace Smith said. “Many of our people don’t have anyone advocating for them to get them in front of certain people to do that interview. If someone comes in and they are not ready, the counselors tell them what they need to do to get ready.”

A network of partners

Partnering with community-based organizations such as Grace-Mar is essential to the mission of Charlotte Works, said London. Under the Careers4All initiative, she said, the partnerships allow Charlotte Works to focus on population clusters within Mecklenburg County where unemployment rates are highest.

Careers4All seeks to assist residents currently unemployed as well as those looking to find higher-paying jobs — all with an eye toward improving economic mobility for those most in need of assistance.

Despite a U.S. unemployment rate that stood at 3.9 percent in April, Charlotte Works has identified several pockets in Mecklenburg County where unemployment rates remain in the double digits.

“It’s really about aligning the system, so we work closely with all of our partner organizations to ensure that all career seekers are receiving the same opportunities,” London said.

In addition to matching job seekers with potential employers, the community partners also provide industry-specific training to those seeking work.

As for Grace-Mar, London said the organization has thrived, in part, because of its roots that extend deep into the communities its serves.

“Grace-Mar does a great job of meeting career seekers where they are and going above and beyond to meet their needs,” she said. “On the flip side of that, they do the same thing for employers. It’s amazing whenever you can align what employers are saying they need with the career-seekers you are serving.”