The Robinson Center: 10 years of leading on civic engagement

Created by Foundation For The Carolinas in 2008, the center has facilitated public/private partnerships to address a spectrum of community needs, ranging from basic necessities to a sweeping initiative to tackle the root causes of economic inequality 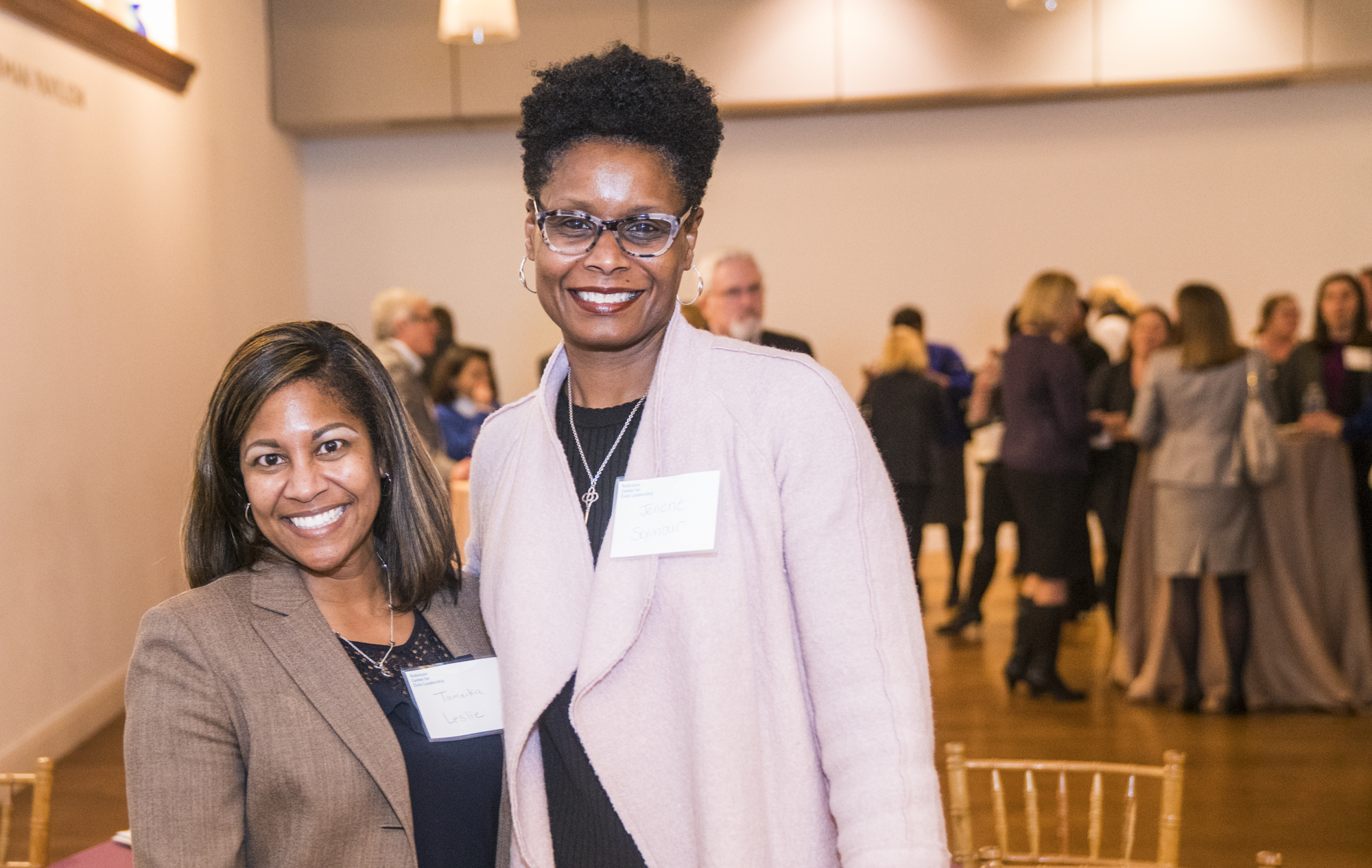 Early childhood panel discussion held 02.08.2018 at the Foundation for the Carolinas in uptown Charlotte.

For 10 years, the Robinson Center for Civic Leadership has been at the intersection of civic engagement in Charlotte, driving efforts to find and fund innovative solutions to Charlotte’s pressing social and economic needs in partnership with other donors, local nonprofits, government, and corporations.

In 2008, as the economic recession deepened the racial and cultural divide, Foundation For The Carolinas created the center to address local challenges using discretionary funds, which allows the Foundation to be nimble when emerging needs arise, said Whitney Feld, Assistant Vice President, Development for Robinson Center for Civic Leadership.

The impact of the center (renamed in 2011 to honor Russell and Sally Robinson) has been manifested across a spectrum of community interests — from answering the clarion call for basic necessities during the recession with the Critical Need Response Fund to helming the Leading On Opportunity Council, a large-scale strategy to tackle the roots and outcomes of economic inequality.

The power of collaboration

Charlotte Mayor Vi Lyles, an inaugural member, says the Robinson Center for Civic Leadership (RCCL) is a model of civic participation that continues to evolve. In the early days of the center, local education was a primary topic of discussion, but now “we are actually talking about the root causes around social capital,” Lyles said.

“In my first run for office, my keyword was collaboration and I think that comes directly from the Robinson Center influence on me,” she said.

Lyles values the center’s continued work and has encouraged her children to become members — to utilize it as a “way to learn and be informed and then to act.”

“Sometimes ideas are generated from these conversations that lead to something greater and bigger; sometimes the opportunity is already there and we get to share the initiative with our members,” Feld said, citing a recent daylong housing summit led by Queen City Forward.

New member, RJ Johnson, says he’s excited to be a part of “building a better Charlotte” and wants to help drive the center toward its mission and purpose. The 31-year-old president of Pirangi Capital Partners joined in August 2017.

Johnson, a native Charlottean, said he was impressed by the center’s pairing of philanthropy and education for its members. “Certain things you feel in your heart are true, but when you’re able to step into a room full of highly educated individuals who are experienced researchers in a specific area, it confirms what you were thinking, but takes you to a different level of understanding when it comes to finding solutions,” he said.

RCCL members don’t want to just talk about the problems, Feld said. “They want to utilize knowledge to figure out how to move Charlotte forward, to build greater economic mobility for everyone who lives here and calls it home.

“We are grateful to have their expertise, interests, and commitment to philanthropy,” she said.

The center currently boasts 200 memberships and millennials are one of the fastest-growing segments, Feld said, acknowledging that socio-economic diversity remains a challenge, but one that the center is working to solve.

Since inception, nearly $12 million in civic leadership funding has generated a total financial impact of more than $441 million in the Charlotte community.

Visit the website to learn more about member benefits and how to get engaged. Need more information? Contact Whitney Feld.

Upcoming member event: Coffee and conversation with Stephanie Cooper-Lewter on April 23. An intimate opportunity to enjoy breakfast and get to know the new Leading On Opportunity Executive Director, hired earlier this year.

This year, the Robinson Center is focused on the Leading On Opportunity recommendations, released in March 2017, around early childhood care and education, college and career-readiness, and family and child stability, Feld said.

The sweeping initiative “aims to broaden access to economic opportunity for all residents of Charlotte-Mecklenburg” and will be a priority for years to come.

Mayor Lyles said: “I hope in the next 10 years that perhaps the center’s focus can be on the celebration of the many successes that we can see in the fabric of our community.  I would love to be able to say the Robinson Center contributed to making us one of the most equitable and inclusive communities in this country.”

Some RCCL initiatives, past and present:

Learn more about Robinson Center initiatives and the Foundation For The Carolinas.