Sarah Rountree started out as a math education major but transferred to Johnson and Wales after working in her uncle's restaurant. 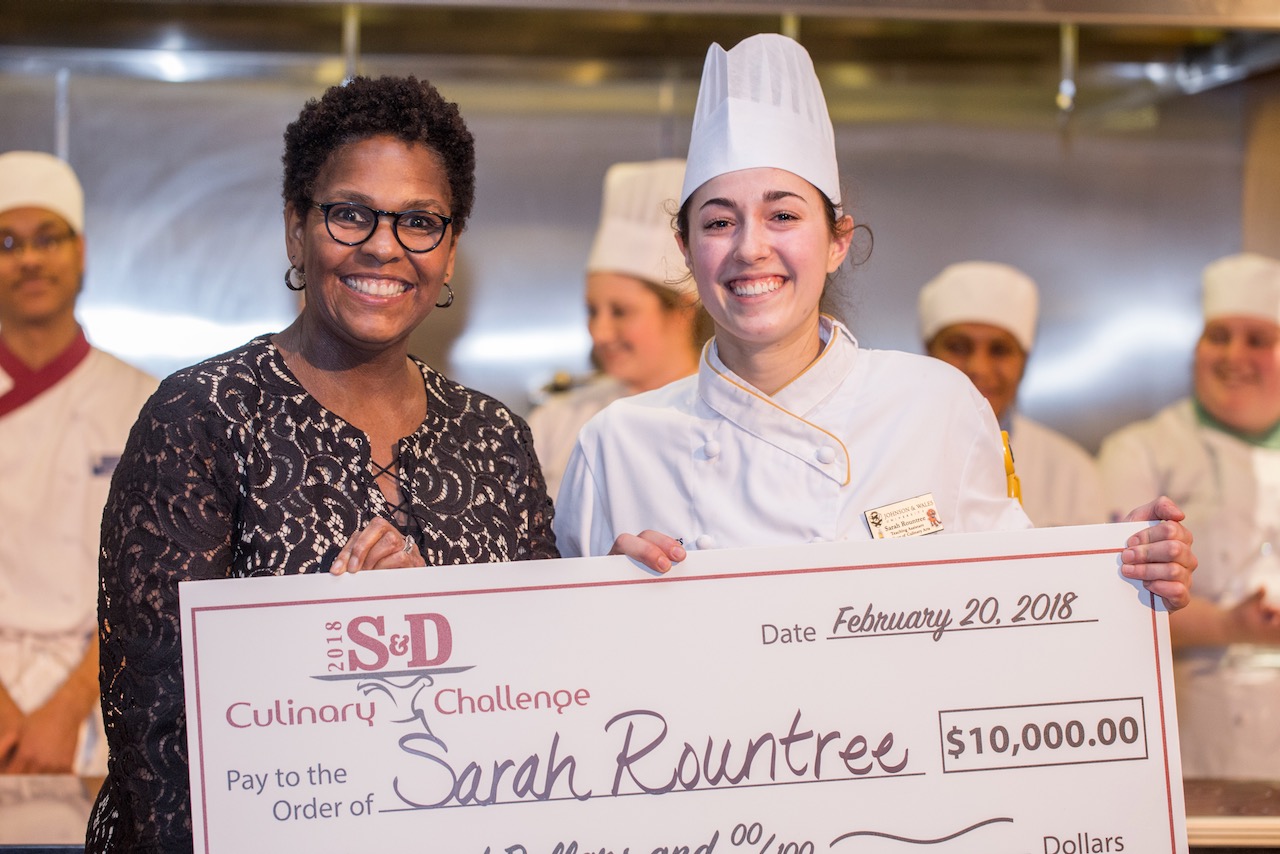 What do you get when you create a Southern recipe using cold coffee as the core ingredient?

If your name is Sarah Rountree, you win $10,000 in the 8th Annual S&D Student Recipe Culinary Challenge, hosted by Johnson and Wales.

The theme for this year’s competition, held February 20, was “Show your Foodways with a Cold Brew Twist.”

Rountree said she entered at the last minute and shifted her recipe a few times. Once past the paper judging and the second phase, she was paired with a mentor, Luca Annunziata, chef and owner of Luca’s Modern Italian Kitchen. (He got $2,500 for his chosen charity, Piedmont Culinary Guild.)

Rountree described her win as “Surreal! Very validating for me since I’ll be graduating this spring.”

Rountree initially was enrolled at the University of Georgia as a math education major. But after working in her uncle’s restaurant and the Whelk Restaurant in her hometown of Westport, Connecticut, she knew she had found her passion. In short order, she switched her major and enrolled at Johnson and Wales. Rountree said her dream is to become a Michelin restaurant chef.

Rountree has serious plans for her winnings. She said she plans to dine at a Michelin restaurant and invest in a pressure cooker, which she learned to operate during the competition.

When asked what advice she had for those contemplating next year’s competition, she said, “Go for it! Give it all you have and don’t hold back. Don’t let the fear of losing and not being successful keep you from trying, because at the end of the day, there is really no losing.”

The competition was sponsored by S&D Coffee and Tea, a major supplier to U.S. restaurants and convenience stores.