Everyone’s a winner at the Sorority Greek Health Olympics 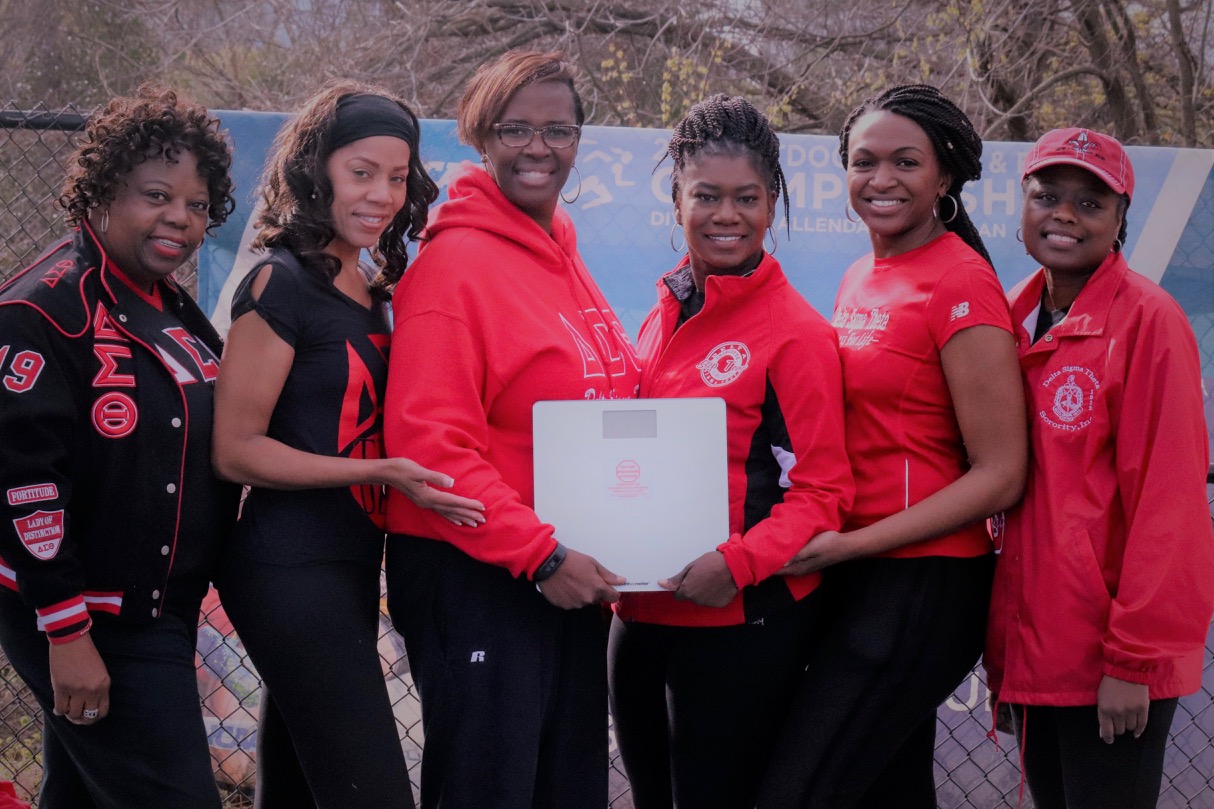 Last week I sprinted to the finish line of a wellness project I had been working on since January – coaching a team of women via an annual weight-loss challenge.

In 2012, the Charlotte Alumnae Chapter of Delta Sigma Theta Sorority held its inaugural Sorority Greek Health Olympics (SGHO). The games pit three sororities against one another in Olympic-style events, such as track and tug-of-war. (I ran on a winning relay team in 2012. Since then, I’ve retired my cleats.)

In 2016, SGHO added the weight-loss challenge, and I leaped to join this effort as a motivation coach. So last Saturday, Team Delta, the squad of women to which I was assigned, won first place for the second year in a row.

As motivation coach, along with Soror Precious Lewis, my job was to offer encouragement, share health strategies and have fun. In return, our team worked extremely hard.

Although the competition is friendly, bragging rights are at stake!

In 2017, not only did Team Delta capture first place overall, we also won the weight-loss challenge. I’m happy to say we placed first in both again this year.

It’s been a great assignment. And no matter who won, all the participants were winners, because they are all women committed to healthier lives. Until next time, I wish you health and wellness!