The actress who played the role of Hillary Banks on “The Fresh Prince of Bel-Air” is now a mother with two young children, and she wants to spotlight black history for a new generation of African Americans. 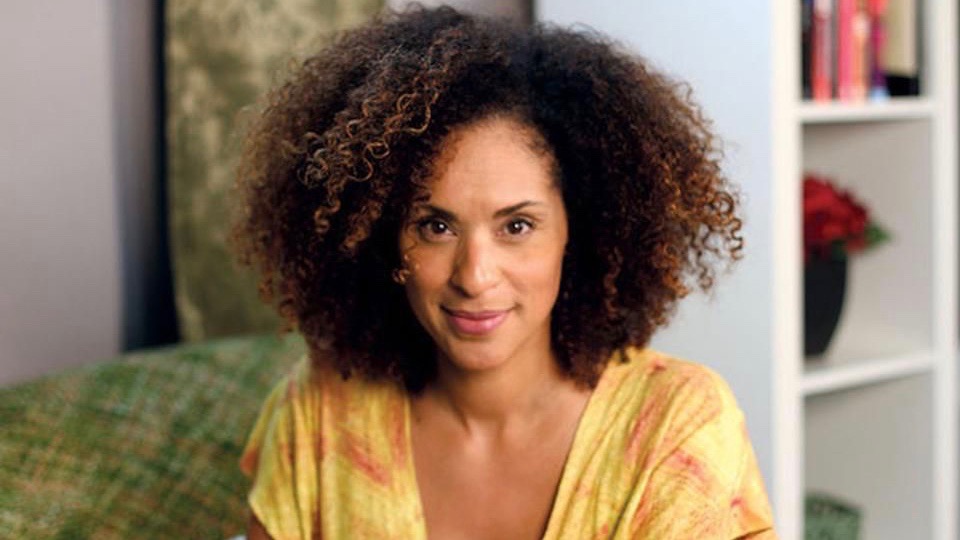 If you came of age watching “The Fresh Prince of Bel-Air,” you know her as Hillary Banks, the clueless fashion plate who watched her fiancé skydive to his death on live television.

If you’re a fan of the 2000 comedy film “The Ladies Man,” you know her as Julie Simmons, the loyal radio producer who quietly pined for the freewheeling deejay Leon Phelps.

At the Harvey B. Gantt Center on Saturday, fans of actress Karyn Parsons will get to see her in a surprising new light. She’ll be in the Qcity to help the Gantt Center launch its first children’s film festival.

Parsons, founder of Sweet Blackberry Foundation, has produced a series of animated films that highlight the stories of courageous African-Americans who overcame insurmountable odds in the arts, sciences and culture.

People like Henry “Box” Brown (1816-1897), an enslaved man from Virginia who arranged to have himself mailed to freedom inside a wooden crate.

People like Janet Collins (1917-2003), a prima ballerina who, in 1932 at age 16, turned down a chance to perform with the prestigious Ballet Russe de Monte Carlo because she would have been required to paint her face and skin white.

Parsons, now age 51 and the mother of two children, said she wants African American children – children of all colors, really – to grow up with a better appreciation of what black Americans have accomplished.

The Los Angeles native said she grew up in a home where reading was priority. Her mother, in fact, worked as a librarian. But it wasn’t until Parsons was pregnant with her first child that she began to think seriously about black history and how she might have to “supplement” her daughter’s formal education.

Years later, with a push from her husband, she created Sweet Blackberry.

Parsons said many of the stories that are in her children’s films were first conveyed to her by her mother – like the story of Box Brown.

“My mind was blown,” she recalled. It was a story I hadn’t heard of and could hardly believe it was true.”

Another of her films – “Garrett’s Gift” – tells the story of Garrett Morgan (1877-1963), who invented the traffic signal. It tells of a boy with a creative mind that sometimes gets him in trouble. But when young Garrett is able to focus, he comes up with all kinds of incredible ideas.

What all of Parsons’ films share in common is that they focus on little-known trailblazers who overcame steep odds to achieve great things.

“Today very few people have heard of Janet Collins,” she said, referring to the ballerina who went on to achieve greatness. “I first heard about her by reading her obituary in the New York Times.”

Stories that speak to children

Parsons said she tries to tell her stories in a way that will meet kids where they are.

“While I love history now, I’m no history buff, and as a kid I didn’t like history, because the way it was brought to me was all very stale and serious,” she said. “It was like castor oil — here, take it.”

As for her acting career, Parsons said that’s on hold for now, though she doesn’t rule out any possibility in the future.

“It really takes a lot for me to tend to Sweet Blackberry and my writing and my kids,” she said. “So I don’t have the time to nurture an acting career.

She added, “I never stopped liking, loving, acting; I never stopped. So it’s not like it’s not there someplace in me, but there are other things that I’m doing that have overshadowed that right now.”